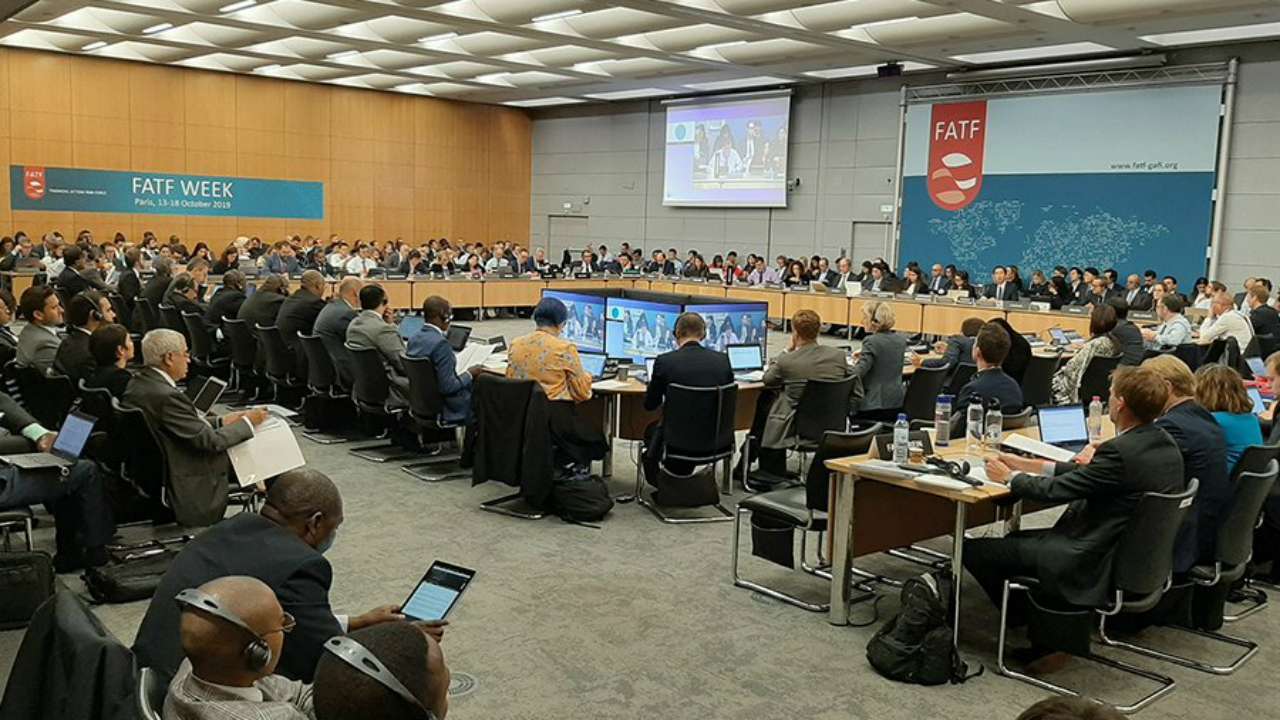 Despite a deafening chorus predicting ‘good news’ by key members of the incumbent regime just ahead of the Financial Action Task Force (FATF) plenary session at Paris, the anti-money laundering/terrorist financing watchdog unanimously decided to keep Pakistan on its grey list until February 2021.

Although Pakistan was found largely compliant on 21 items of the 27-point action plan for graduating from the list of jurisdictions under increased monitoring the decision on the grey list remained unchanged. However, Pakistani authorities are overjoyed at the claim that they foiled Indian attempts to place the country on the black list. Indian government and media lobbied at all levels to see Pakistan slip into the blacklist but all their efforts ended in failure.

Setting aside all technical, legal, procedural, and other demands, it is a purely political decision taken by FATF to keep Islamabad on its toes because Washington and its Western allies want to pursue their dictated policies for the whole South Asian region, especially in the context of the ongoing efforts to strike a peace deal for Afghanistan among the US, Taliban, and Afghan government. The US wants withdrawal of its troops and that cannot happen without the full-fledged support of Pakistan so the sword of FATF will continue hanging over the heads of Pakistani policymakers till the desired objective is achieved.

Another important aspect that should be kept in mind is that FATF requirements are in the best interest of the country provided framed laws and regulations are not being used as tools for the purpose of political victimization. The documentation, tracking down transactions, book-keeping, and taking action against money laundering and terror financing is in the interest of the country and the government enacted a piece of legislation. Now the critical phase lies ahead in the shape of implementation where we lack because without effective enforcement of newly placed laws the government will have to demonstrate its political will and capacity to prosecute banned outfits and ensure their conviction through courts. Otherwise, the Mutual Evaluation Report runs through Asia Pacific Group (APG), a regional body of FATF, could turn into another action plan for keeping Pakistan on the grey list for a longer period.

The FATF had placed Pakistan on the grey list in June 2018 after finding deficiencies in implementing its 40 recommendations. The FATF came up with 27 action plans and nominated Pakistan for the International Co-operation Review Group (ICRG) evaluation to gauge its progress on a biannual basis. Pakistan was given a one-year deadline to comply with all 27 conditions but owing to political transition – the outgoing PML-N-led regime, then caretaker setup, and finally PTI-led regime – Pakistan could not make much progress till September 2019. Then FATF extended its review period up to February 2020 but the Covid-19 pandemic granted another extension till October 2020. However, Pakistan had started implementing the FATF action plan and was found in compliance on 14 points out of total 27 action plans.

After the recent FATF plenary virtual session from October 21 to 23, the watchdog declared Pakistan largely compliant on 21 items out of 27 action plans but kept the country on the grey list till February 2021.

The FATF President Dr. Marcus Pleyer said in a press conference that Pakistan would have to do more to be excluded from the grey list.

“Pakistan must comply with the remaining six items then the FATF will send its onsite team to verify progress on the ground. After completion of this process, the FATF will consider Pakistan to be excluded from the list of jurisdictions with increased risk of terror financing that is called grey list. There is no discrimination against Pakistan as the globally accepted rules are applied in its case,” he said.

When Pleyer was asked about Pakistan’s standing after implement-ing 21 points out of the 27-point action plan and whether pursuing the Mutual Evaluation Report from APG was discriminatory, he replied that even though Pakistan had made progress, it needs to do more. Pakistan cannot stop now as it needs to carry out reforms, in particular, to implement targeted financial sanctions and prosecuting sanctions against that financing terrorism.

“We urge Pakistan to implement the remaining six items of the 27 action plans, then our onsite team will visit to verify progress on ground before excluding Pakistan from the grey list,” he added.

The FATF members, he said, had nominated Pakistan for the list of high-risk jurisdictions so the process of review through ICRG had kick-started. The FATF plenary removed Iceland and Mongolia from the grey list. North Korea and Iran would remain on the blacklist.

According to a statement issued by FATF after the meeting, since June 2018, when Pakistan made a high-level political commitment to work with the FATF and APG to strengthen its Anti-Money Laundering/Combating the Financing of Terrorism (AML/CFT) regime and address its strategic counter-terrorism financing-related deficiencies, the country’s continued political commitment has led to progress in a number of areas in its action plan. These include taking action to identify and sanction illegal money or value transfer services, implementing cross-border currency and bearer-negotiable instrument controls, improving international cooperation in terrorist financing cases, passing amendments to the Anti-Terrorism Act to increase the sanctioning authority, financial institutions implementing targeted financial sanctions and applying sanctions for AML/CFT violations, and controlling facilities and services owned or controlled by designated persons and entities.

Pakistan should continue to work on implementing its action plan to address its strategic deficiencies by: (1) demonstrating that law enforcement agencies are identifying and investigating the widest range of terror financing activity and that terror financing investigations and prosecutions target designated persons and entities, and those acting on behalf or direction of the designated persons or entities; (2) demonstrating that terror financing prosecutions result in effective, proportionate and dissuasive sanctions; (3) demonstrating effective implementation of targeted financial sanctions against all 1,267 and 1,373 designated terrorists and those acting for or on their behalf, preventing the raising and moving of funds including in relation to non-profit organizations, identifying and freezing assets (movable and immovable), and prohibiting access to funds and financial services; and (4) demonstrating enforcement against targeted financial sanctions violations, including in relation to non-profit organizations, of administrative and criminal penalties and provincial and federal authorities cooperating on enforcement cases.

Federal Minister for Industries Hammad Azhar in his tweet stated:

“FATF acknowledges that any blacklisting is off the table now. Pak has achieved impressive progress on its FATF action plan. 21 out of 27 action items now stand cleared. Remaining 6 rated as partially complete and within a year, we progressed significantly.”