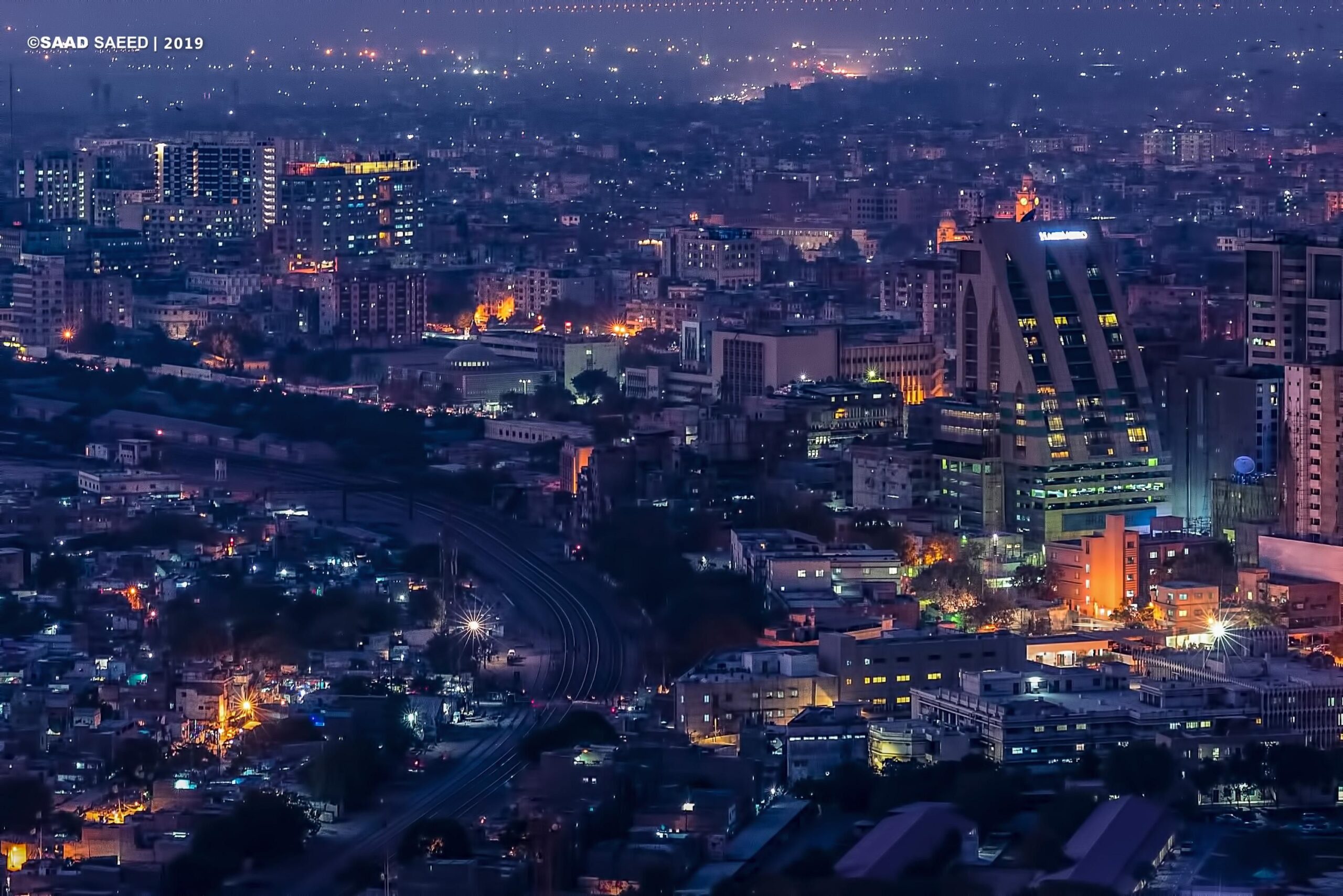 Whether it’s Pakistan Tehreek-e-Insaf, Pakistan Peoples Party or Muttahida Qaumi Movement, all of them have claims on Karachi. However, none of them takes the responsibility to address the problems faced by the financial and economic capital of the country.

Recently Prime Minister Imran Khan announced a development package of Rs1.1 trillion under the Karachi Transformation Plan in the wake of unprecedented rains that left the infrastructure of the metropolis in tatters and its civic agencies struggling to mitigate the woes of its residents.

Out of the total, around Rs572 billion would be spent on mass transit systems and rail and road transport systems. The second major chunk – Rs267 billion – has been allocated for solid waste management, cleaning stormwater drains, and the resettlement of people living in encroachments built on the waterways. A sum of Rs141 billion would be spent on sewage treatment plants, Rs92 billion on water supply projects, and Rs41 billion on roads.

After the announcement of such a comprehensive plan, Karachiites hoped that things will get better. However, their happiness proved short-lived when the PTI and PPP legislators engaged in a war of words over the share of federal and Sindh governments in this package.

During the past 20 years, successive governments did not show seriousness or commitment to resolve the civic problems faced by the citizens of this city. Due to this negligence, Karachi has become ‘Kachra-chi’ as depicted by piles of garbage and overflowing sewage.

The city was made a single district consisting of 18 towns during the military regime of Gen Pervez Musharraf. After the end of his tenure, it was reverted back to five and later six districts (the seventh one has been recently approved) by the PPP government that has been ruling Sindh for the past 12 years.

The recent monsoon rains exposed the performance of the PPP-led provincial and MQM-led local governments to such an extent that the Prime Minister was forced to intervene by sending the army-led National Disaster Management Authority (NDMA) to clean the city’s stormwater drains.

When the PPP government in Sindh declared only two subdivisions in Malir District as calamity-hit areas following heavy rains last month, both the PTI and MQM-P condemned what they called a pick-and-choose move. PTI’s city president Khurram Sher Zaman said the Sindh government had once again shown ethnic bias and chose the areas where a by-election was going to be held soon.

The establishment is also concerned about the situation in Karachi. A top-ranking member of the security establishment held a couple of meetings with the city’s stakeholders not to discuss law and order issues or security concerns but to find out immediate solutions to cleaning the stormwater drains, water scarcity, lifting of garbage and transport issues.

The establishment’s intervention has resulted in the formation of a coordination committee comprising federal and provincial ministers, but this initiative is widely considered as yet another experiment that is bound to fail like the previous ones.

Not long ago, during Musharraf’s era, Karachi was progressing at a fast pace. The reason was said to be the attention given by none other than the country’s head who not only gave the city an empowered local government system but also monitored its development while routinely chairing meetings in order to get firsthand knowledge about the issues, bottlenecks, and pace of work.

Karachi embarked on the journey of development in 2001 during the four-year term of Naimatullah Khan, the first city nazim or city mayor, and this pace continued under Syed Mustafa Kamal of MQM who became the mayor in 2005.

Unprecedented funds were given to Karachi and in addition to the annual development budget of the city, Musharraf approved an initiative called Taameer-i-Karachi Programme under which federal organizations were made to contribute a total of Rs29 billion for the city’s development.

With the rise of PPP to power after the general elections in 2008, the city’s situation started deteriorating. After the elected local government set-up was dissolved in February 2010, the PPP-led provincial government took charge of the municipal affairs by appointing bureaucrats as administrators.

Later, based on its majority in the Sindh Assembly, PPP passed the Sindh Local Government Act in 2013 through which it deprived the Karachi Metropolitan Corporation of key municipal functions. As a result, the mayor is not responsible for the maintenance of the water and sewerage system, the lifting of garbage, building control, etc.

Karachi is the only city in Pakistan that has been divided into districts. According to the Census 2017, the population of the six districts of Karachi (excluding its rural population) was 14.9 million, whereas the population of Lahore, which is still one district, was 11.1 million.

While Karachi contributes a major portion to Sindh’s total revenue, the provincial government in return has been giving it peanuts – around Rs150 billion in 12 years (while the estimated cost of Lahore’s Orange Line project is over Rs200 billion).

A former bureaucrat, who also worked with the Sindh Finance Department, says the provincial government collected over Rs1,771 billion in terms of taxes during the past 12 years and Rs1,506 billion, or 85% of the total amount, was contributed by Karachi. Sindh received a total Rs4,975 billion from the federal divisible pool in the past 12 years of the PPP rule and a large part of the amount was taxes collected from the urban centers of Sindh, particularly Karachi.

The total federal and provincial receipts of Sindh during the past 12 years stand at Rs6,481 billion and what Karachi received during this period is a paltry sum of around Rs150 billion. In the fiscal year 2020-21 alone, an amount of Rs232 billion was allocated for development projects of Sindh and the share of Karachi was just Rs26.04 billion, or 11%of the total development budget.

The PPP-led government is neither ready to devolve powers to the local government nor does it want to provide them with enough funds. Recently, the Chief Minister of Sindh, Syed Murad Ali Shah, while citing a World Bank study, had claimed that Karachi needed $9-10 billion for infrastructural development but neither the federal nor the provincial governments had that amount of money. What he forgot to mention was that this money is needed over a period of 10 years.

As the four-year tenure of local bodies in Sindh ended on August 30, MQM-P spokesman and federal minister Aminul Haque said the PPP had been taking all decisions with regard to the urban parts of the province in view of its own political interests.

PPP leader and Sindh Information Minister Nasir Shah, however, sees his party’s government in the province as the only viable solution for Karachi’s myriad problems.

The issues faced by Karachi can only be resolved if the federal government or the provincial government takes ownership. It will continue to tread the path of destruction if the conflict between parties ruling the center and the province continues. Today, the people of Karachi are suffering but tomorrow the whole country will feel the brunt if the engine of the city’s economy stops.