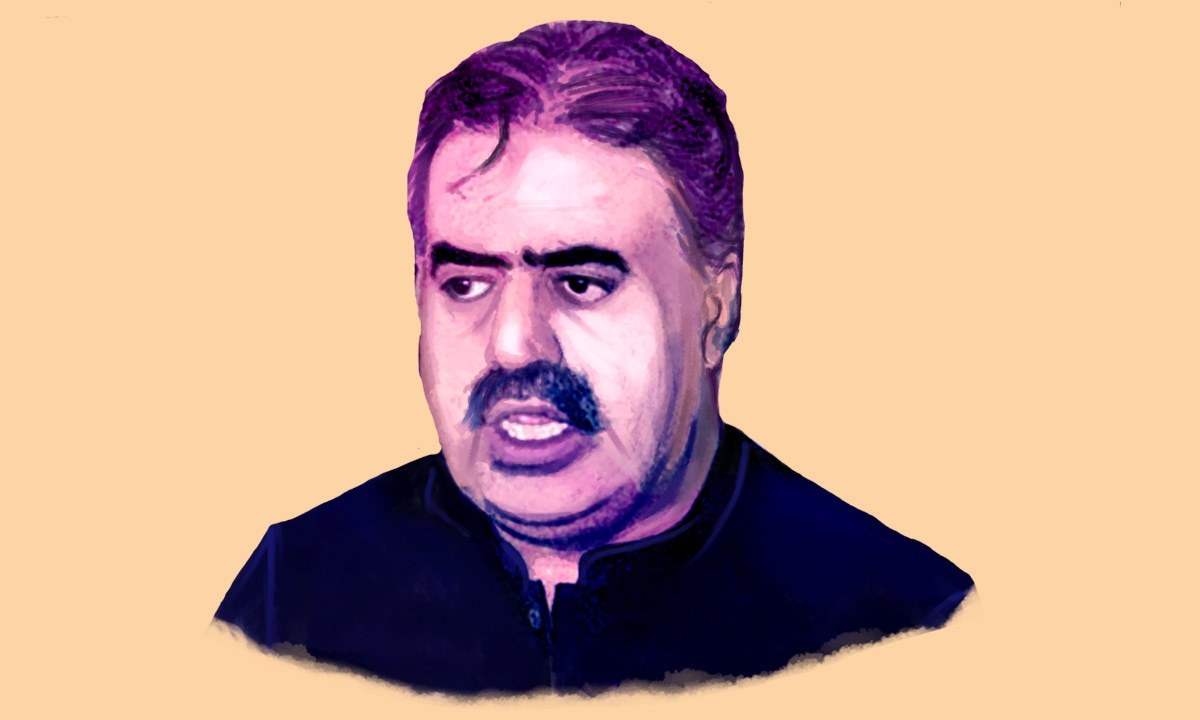 QUETTA-Although the opposition’s power show at Quetta was a success as expected, events centered on the rally led to the exit of two stalwarts of provincial politics from Nawaz Sharif’s PML-N (Pakistan Muslim League – Nawaz) – the prime mover of the opposition PDM (Pakistan Democratic Movement).

Those who flew the coop are Nawab Sanaullah Zahri, a former Chief Minister; and Abdul Qadir Baloch, a retired general who served as the Corps Commander and then as the Governor of Balochistan.

Sources with knowledge of the situation blame a falling-out between Zahri and Sardar Akhtar Mengal – another former Chief Minister and leader of his own faction of Balochistan National Party styled BNP-M – who they say caused unspecified differences between Zahri and party leader Mian Nawaz Sharif.

Mengal and Zahri developed serious differences after the killing of the former’s son, brother and nephew in April 2013 in a bomb attack. Despite claiming the responsibility by the banned Baloch Liberation Army for the killing, Zahri nominated late Nawab Khair Bakhsh Marri and his sons, Sardar Attaullah Mengal and his sons Akhtar Mengal and Jawad Mengal.

A court later expunged these names from the police report due to the prosecution’s failure to produce evidence.

Akhtar Mengal’s BNP-M played host to the opposition’s Quetta public rally. He is said to have been nervous about Zahri’s participation in the event because of the feud related above. He shared his reservations with the PML-N leadership and regretted to attend the event.

The leadership accepted Mengal’s point of view and asked Qadir Baloch to stop Zahri from attending this mega event.

“To avoid any mishap in the public meeting in the presence of Nawab Amanullah’s sons (who was killed in an armed attack in August last year and his sons blamed Sana Zahri for this murder), I asked PML-N leadership either [Sana] would participate or I and they disinvited him”, said Sardar Akhtar Mengal. He wondered why Sana was pointing a finger at him for the episode instead of taking up the matter with his leadership.”

Sana Zahri flew in from his Dubai abode to participate in the PDM mega show at Quetta. He mostly lives abroad and is inactive in the party affairs for his limited movement due to tribal feuds. In 2018 he had stepped down as the President of his party’s Baloch- istan chapter, nominating his political lieutenant Qadir Baloch to the position.

An explanation did come from the party in the event, whether or not Zahri had asked for it. In a video message, PML-N central leader Ahsan Iqbal clarified that Sana Zahri remained inactive in the party and the issues of the ongoing movement of PDM and its components were more important than giving Zahri a seat on the stage in the public meeting, declaring that the exit of two individu- als (Sana and Qadir Baloch) from the party makes hardly any effect on PML-N in Balochistan. Sources in the party’s provincial chapter say the provincial president Gen. Qadir requested the party’s central leadership to reconsider the decision of bar on Zahri, but it clearly said that the party has to run a movement for non-interference of the military establishment and it needs anti-establishment parties like BNP instead of those elements (read Zahri and his ilk) who never stood with the party at times of trial.

BNP has 10 MPAs in the house of a total of 65 and four members including its head Akhtar Mengal in national assembly. Mengal who remained in jail under the Musharraf regime for eighteen months on the charges of keeping two intelligence personnel in his custody at his residence in Karachi heads his party for the last twenty years, having strong roots in the Baloch population.

Meanwhile, no PML-N party office-bearer turned up at the worker’s convention called by the party’s provincial President General Qadir Baloch except for two divisional Presidents and a large number of Zahri tribesmen.

Contrary to earlier claims by Baloch, no list of party office bearers leaving the party was presented to the media at the convention. Baloch in his remarks tried to backpedal from his earlier position that he was leaving the party because of how Zahri was treated. Instead, he claimed, he had left in protest over Nawaz Sharif naming high military and intelligence chiefs in his speech.

And yet Baloch took the time out at the convention to go after Nawaz Sharif, his daughter Maryam, and the party’s lady workers for their shabby treatment of Zahri.

In his turn, Nawab Sanullah Zahri left no doubt that he took the episode as a personal insult and spoke as a tribal chieftain targeting party leader and his rival Akhtar Mengal. In his remarks being broadcast by some news channels, he made derogatory remarks against Nawaz Sharif and even Akhtar Mengal’s forefathers.

The Pakistani social media took a dim view of Zahri’s speech. Contacted for remarks, BNP sources claimed Sana Zahri was a non-political entity and devoid of even the basic moral compass, adding neither BNP leader Sardar Akhtar Mengal nor any other party member wished to respond to him.

Sana Zahri who is the only PML-N MPA in Balochistan assembly resigned as member central executive committee of the party, but not from the basic membership, probably to avoid disqualification over floor crossing. He was elected as MPA on PML-N ticket but lost to Akhtar Mengal on national assembly seat.

“If the party files a reference to the Election Commission for my disqualification, it is welcome to it”, Zahri said to a question. “I will contest the by-election because the people of my constituency voted me in not because of my party affiliations but as the Chief of Jhalawan”.

PML-N sources say the party has no plans to seek disqualification of Sana Zahri as it is a petty issue unworthy of its attention.

Both Zahri and Baloch are tight-lipped as to their future line of action, but analysts say they are likely to join a pro-establishment party. Their options are limited because no PDM party is likely to accept them – particularly not JUI-F (Jamiat-e-Ulema-e-Islam – Fazl) – with the possible exception of PPP (Pakistan Peoples Party).

Under the circumstances, the best option open to the duo may be to join the ruling Balochistan Awami Party headed by Chief Minister Jam Kamal. Nothing stands in the ways of Qadir Baloch taking that course, although Sana Zahri faces the jeopardy of disqualification over floor crossing.

On balance, it is not at all clear if these two heavyweights of PML-N cut loose of their own volition or they were cut loose by the party – especially with moves already afoot to anoint diehard party loyalist Sardar Yaqub Naasar as the next president of PML-N’s Balochistan chapter.

So much for the first coup originating from PDM’s Quetta rally. The second coup of that vintage concerns Hafiz Hussain Ahmed of JUI-F, who appears to have made a habit of dissing PML-N leader Nawaz Sharif. Bizarrely, he steers clear of any criticism of his own party chief Maulana Fazlur Rehman – who vouches for Nawaz Sharif’s every word.

The former MNA and senior JUI-F leader has apparently started targeting PML-N leader Nawaz Sharif for his diatribe against Army Chief and DG ISI. Apparently, his brew is in demand at the talk show circuit because he has quickly become a daily-prime time fixture.

JUI-F circles say that Hafiz is angry with his leader Maulana Fazlur Rahman who at the eleventh hour cancelled his visit to former residence to condole the death of his mother. They alleged Ahmed violated the party discipline at the behest of military establish- ment, which is poised to exploit the slightest mistake or dissenting voice within PDM and its components.

“It is a joke that you inform me the Maulana is coming and all security arrangements are made by the police and even the party’s local leadership shows up in time”, an angry Hafiz Hussain Ahmed says. “But suddenly I am told the Maulana reached our doorstep but returned when nobody opened the gate “

Ahmed accuses the PML-N of falsifying medical reports for Nawaz Sharif to have him sent to London. He further alleges that Mohammad Zubair called upon the army chief General Qamar Jawaid Bajwa to seek withdrawal of corruption cases against the Sharifs, but were rebuffed. This, he maintains, was why Nawaz Sharif and his daughter Maryam started their endless tirade against the army that was tantamount to instigating mutiny.