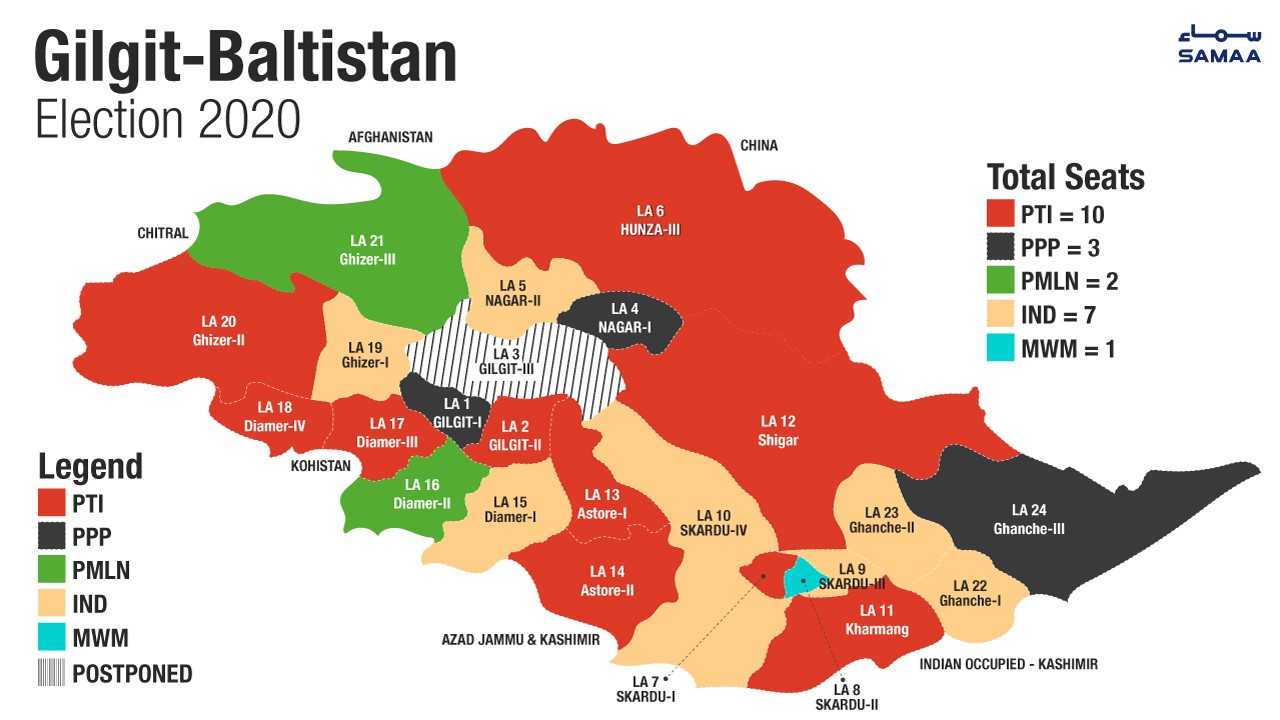 In a sharp break with the past, Pakistan’s mainstream political parties have rolled out the big guns for the 2020 Gilgit-Baltistan Legislative Assembly elections, the third since the region was granted quasi-provincial status just over a decade ago.

Given that the region has no representation in the National Assembly and Senate, the first two elections to the Assembly attracted only perfunctory attention from the political heavyweights, leaving the local players to fight it out among themselves. But that was then. This time around, central leaders of both PPP and PML-N remained in GB leading high-octane electoral campaigns in addition of course to several federal ministers from Prime Minister Imran Khan’s PTI.

The trend began with Chairman Bilawal Bhutto-Zardari of the PPP landing in Skardu on 22 October 2020 to spearhead his party’s election campaign. Accompanied by a gaggle of party stalwarts, he drew huge crowds wherever he went in GB– and he is still in the region as we go to press, determined to lead from the front to the last.

Also part of the trend are senior PTI leaders who are taking turns visiting GB and holding large public rallies to shore up their own party’s prospects.

Apart from the two major opposition parties, the PTI also sent Ministers, party chief organizer Saifullah Niazi and other office bearers to GB for leading the election campaign. The main focus of all political parties had been the longstanding demand of GB, the constitutional rights. As he had earlier made headlines in both national and international newspapers by claiming that the PTI government had made all arrangements to make GB a constitutional province of the country, PTI leaders repeated the same in speeches.

If and when GB becomes a full province under the Constitution, it will have representation in the National Assembly as well as the Senate. This will give the region a say in the nation’s affairs like any other province.

“This is why not only leaders of PTI but also the heads of PPP and PML-N are making announcements regarding the constitutional rights to GB in their political speeches and corner meetings across GB,” said Shabbir Hussain, a local journalist and analyst.

Accusing the ruling party PTI and Prime Minister Imran Khan of making hollow claims of granting provincial rights to GB, Bilawal has been repeating his commitment about the constitutional rights to GB in his every speech. He has visited every constituency to campaign for his party candidates.

The PML-N won the 2015 election and completed its five-year rule in June 2020, during which it did introduce some development projects but it could not benefit from these developments properly. The political culture of GB has been similar to that of Azad Jammu and Kashmir in that whichever party has the reins of power in Islamabad tends to win the regional elections.

Former Prime Minister Nawaz Sharif had made similar promises of mainstreaming GB ahead of the 2015 elections. Subsequently, he constituted a high-level committee, which worked for two years. The initiative culminated in a presidential order, GB Governance Order 2018.

This time around, however, the situation is different. Not only is the ruling party making such bold announcements, the security establishment also seems to be amenable to the idea of granting the provincial status to GB, apparently in view of the geopolitical situation of the region.

After the Indian push for demographic shift in Occupied Kashmir after revoking the autonomous status of the region, the impor- tance of the strategically located GB has increased manifold. Indian activities in Ladakh and other attempts to show GB as part of India have apparently alarmed policymakers in Pakistan. Analysts say this is the backdrop for the decision of making GB a province of Pakistan.

Another major reason to formalise the status of GB as a province is the foreign investors’ reluctance to invest in a region seen in a limbo.

International financial institutions have remained shy of funding major infrastructure projects like Diamer Basha Dam in GB notwithstanding Pakistan’s repeated efforts in that direction. Though a Chinese firm has formally come to invest in the multibillion-dollar project, many other projects are still waiting for foreign investment. Despite being the gateway of China Pakistan Economic Corridor (CPEC) not a single project has been initiated so far in the region. Several projects announced for GB under the umbrella of CPEC remain on the drawing board as of now.

Analysts also see the Chinese wishes behind Pakistan’s intention to mainstream GB through making it a constitutional part of the country which could ultimately secure the investments in the region.

CPEC passing through GB has stoked debate over constitutional rights of people in region.

Now, this is a test for the new government to get the promise during the election campaign to give GB status of province and representation in all major forums like NFC, CCI, NEC etc.