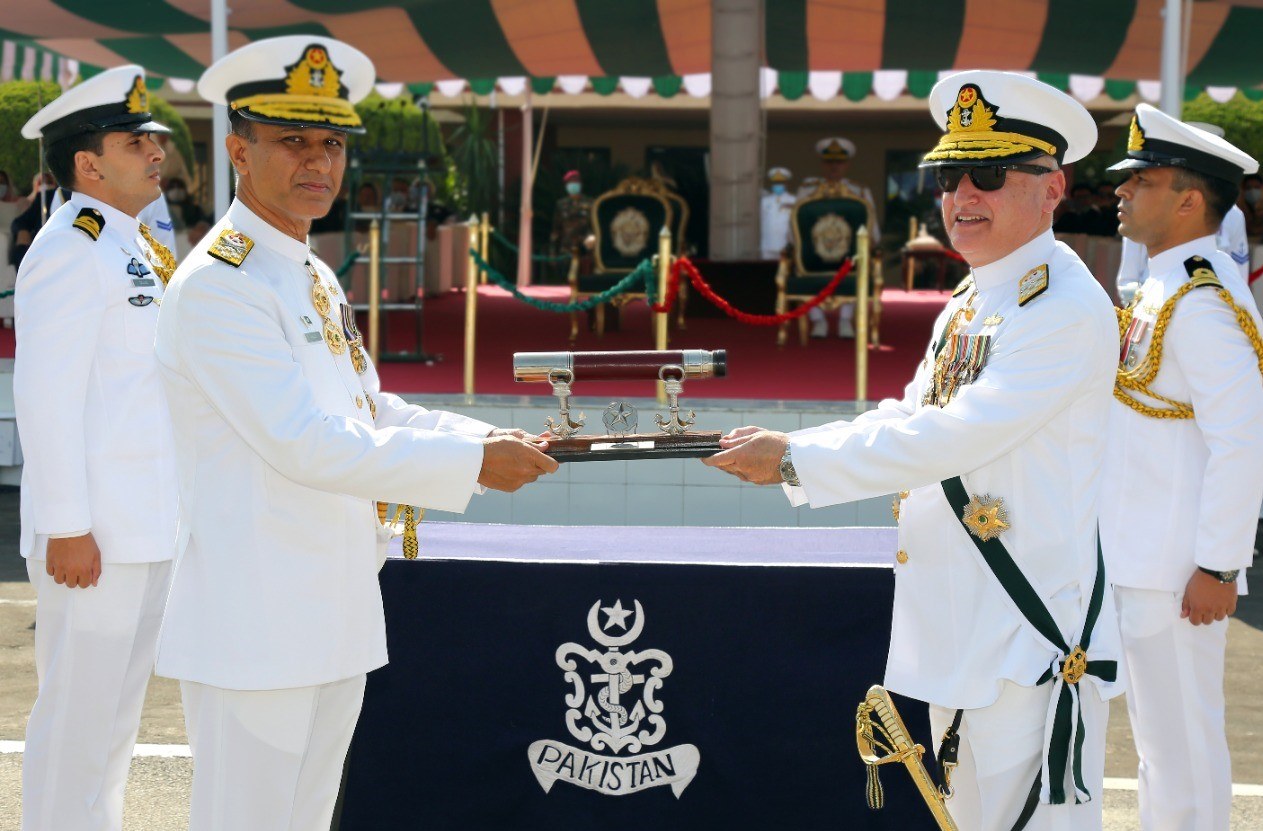 A ceremony to mark Admiral Amjad Khan Niazi’s elevation as Chief of Naval Staff of Pakistan Navy was held today. The change of command ceremony was held at PNS Zafar, Islamabad where Adm Zafar Mahmood Abbasi symbolically handed over command of the Pakistan Navy to the new Naval Chief.

Adm Amjad Khan Niazi was commissioned in the Operations Branch of Pakistan Navy in 1985 and won the coveted Sword of Honour upon completion of initial training at the Pakistan Naval Academy.

Vice Admiral Muhammad Amjad Khan Niazi is a recipient of the Hilal-e-Imtiaz (Military) (the Crescent of Distinction) and the Sitara-e-Basalat (Star of Good Conduct). He has also been conferred the French Medal Chevalier (Knight) by the Government of France.