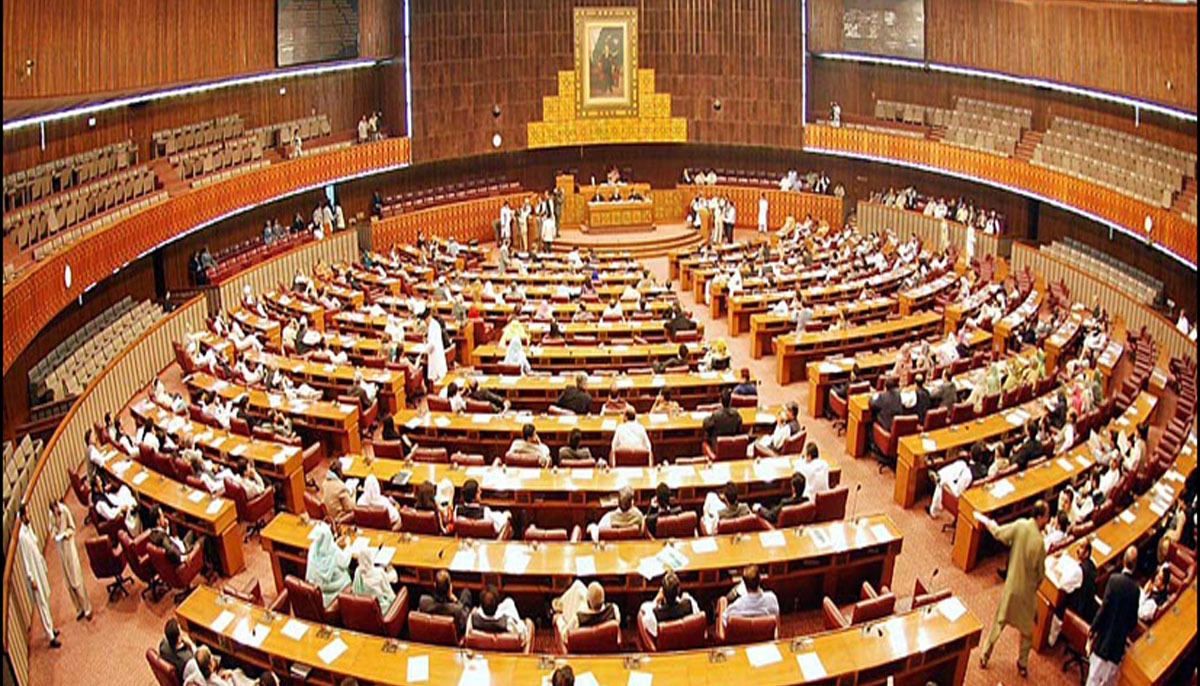 The present Pakistan Tehreek-i-Insaf (PTI) government appears jittery going into the upcoming elections of the Senate, especially if they are to be held through secret ballot as required by the Constitution and the elections laws.

This jitteriness has led the government to make imprudent and mutually contradictory moves which only have exacer- bated the uncertainty that already surrounds the upcoming elections to the Upper House of the Parliament against the backdrop of opposition’s protests and the impending en masse resignations of its members from the National and provincial assemblies which constitute the electoral college for the Senate.

The government’s latest move seeking the apex court’s opinion on holding the election to the Senate through open ballot by amending the election laws through an ordinance instead of introducing an amendment of the constitution has broadened the potential of institutional discord, potentially pitting the Supreme Court against the Parliament.

President Dr Arif Alvi has invoked the Supreme Court’s advisory jurisdiction under Article 186 of the Constitution on the question of law of public importance, a question that is already under consideration of the National Assembly in the shape of the Elections (Amendment) Bill 2020 and Twenty-Sixth Constitutional Amendment Bill, which were introduced in the Lower House of the Parliament as treasury bills on 16 October and 29 October 2020 respectively.

More specifically, the former seeks amendment to Section 122(6) of the Elections Act to provide for Senate elections through a show of hands and the latter seeks to amend the Article 226 of the Constitution to exempt Senate elections from secret ballot just as the case with the elections of the prime minister and chief minister.

While the two positions clearly show a wide gap of understanding between the government’s legal eagles and parliamentary advisers, it has also exposed the government’s utter lack of confidence in how its members might vote in the Senate elections, if conducted through a secret ballot.

The previous Senate elections in 2018 had created an unsavoury situation of the PTI, a couple of whose members in the Khyber Pakhtunkhwa Assembly appeared to have voted against the party line. The same betrayal may be re-enacted on a rather wide scale now that the PTI has substantial representation in all the provincial assemblies as well as the National Assembly.

While the government’s bid to seek a favourable ruling from the Supreme Court is focused on short-term political gain, it is putting pressure on the fault lines between two key national institutional. The apex court has already come under criticism for admitting petitions over matters that would best be settled politically.

On the other hand, this will perhaps be the first time the Supreme Court has been invited to rule on a matter already pending with the National Assembly.

“I can see the merit in the spirit of the government’s move in the context of firmly dealing with illegalities and corrupt practices that have marred the Senate elections the past”, said a representative of the Free and Fair Election Network (FAFEN).

“However, going to the Supreme Court for a change in the mode of election is not only inappropriate but also reflective of the government inability to convene a political dialogue for election-related reform which otherwise should be a democratic prerequisite,”

The representative emphasised that election reforms should only result from a broad-based political dialogue and only through parliamentary sanction.

But what is at stake is huge. The government desperately needs numbers in the Senate to improve its ability to legislate. Its reliance on the ordinance has been hurting its ability to deliver on its election promises and impairing the longevity of its measures, impairing performance, as well as a public image.

The government has been unable to optimally legislate since its inception in August 2018 primarily due to an opposition-controlled Senate but also due to its inability to engage with opposition parties constructively. The upcoming election to the Upper House of the Parliament, also known as the House of Federation, may change the situation to the advantage of the ruling coalition, giving it the kind of numbers that may improve their chances of clearing legislation from parliament with less difficulty.

The PTI, which got representation in the Senate for the first time in 2015, is not only set to improve its representation but also has the chance to become the single largest party in the house due to its numerical strength in the Punjab and KP assemblies.

Besides the open ballot, the government has also announced that it wants to hold the Senate elections in February 2021 instead of March, in an apparent move to scuttle the opposition’s plan to hold a long march towards Islamabad as part of its final and decisive phase of the anti-government campaign launched by the opposition parties in October from the platform of the Pakistan Democratic Movement (PDM).

On their part, the opposition parties too seem to lack a clear strate- gy and appear to be backtracking on their earlier announcement of resigning from all assemblies en masse. Behind this appearance of vacillation is because of the PPP’s reluctance to resign as well as the realization that the opposition’s resignations cannot stop the PTI from acquiring majority in the Senate.

Legal and constitutional experts in the country are found to have a unanimous opinion in this regard because laws and the Constitution are silent on any specific requirement related to a number of lawmakers to be present in the house for voting. The experts say that the absence of the members from the provincial assemblies does not matter in the Senate polls.

In the laws and mode of elections for the Senate, it is mentioned that those in attendance in respective provincial assemblies may cast their votes to elect senators and, therefore, despite resignations of the opposition members, the electoral college will remain intact. They believe that tendering resignations will not benefit the opposition with regard to the Senate elections and such a move can be counterproductive.

It was after perhaps realizing this fact that PDM President Maulana Fazlur Rehman after presiding over an informal meeting of the opposition parties had stated that breaking the electoral college was a part of the democratic process, but at the same time declared that the Senate elections, if conducted through the present legislatures, would be “fake”.

He said the opposition parties were consulting constitutional experts to seek their opinion about the legitimacy of the Senate elections if conducted through an ‘incomplete’ electoral college after en masse resignations of opposition lawmakers from the assemblies.

Of the total 1,090 lawmakers in the national and all the four provincial assemblies, 494 belong to the PDM member parties

indicating that the Senate will lose 45 per cent of its electoral college if all the opposition members in all the assemblies submit resignations in line with the PDM plan.

Given the party position in the national and provincial assemblies that form the electoral college of the Senate, the opposition parties will not be able to retain their majority in the upper house of parliament.

The term-wise data of the Senators shows that out of the 52 members retiring from the present 103-member Senate in this March, 34 belong to the opposition parties and 18 to the treasury benches.

The PML-N will be the biggest loser in terms of representation in the Senate as 57 per cent of its members — the largest number belonging to a single party — are set to retire this March after completion of their six-year term. The data shows that 17 out of its 30 incumbent senators are due to retire in March. The party can also lose the office of the leader of the opposition if the PPP plays intelligently.

Leader of the Opposition Raja Zafarul Haq, party’s parliamentary leader Mushahidullah Khan and former information minister Pervaiz Rasheed are prominent among the PML-N senators due to retire. In contrast, only eight of the PPP’s 52 senators will be completing their six-year term in March.

Another distinction between the PDM heavyweights is that unlike the PML-N, the prospects of all the retiring PPP senators to return to the Senate are bright due to the majority of the PPP in the Sindh Assembly.

This largely explains why the PPP and PML-N have divergent approaches towards the upcoming Senate elections despite being united under the banter of the PDM.