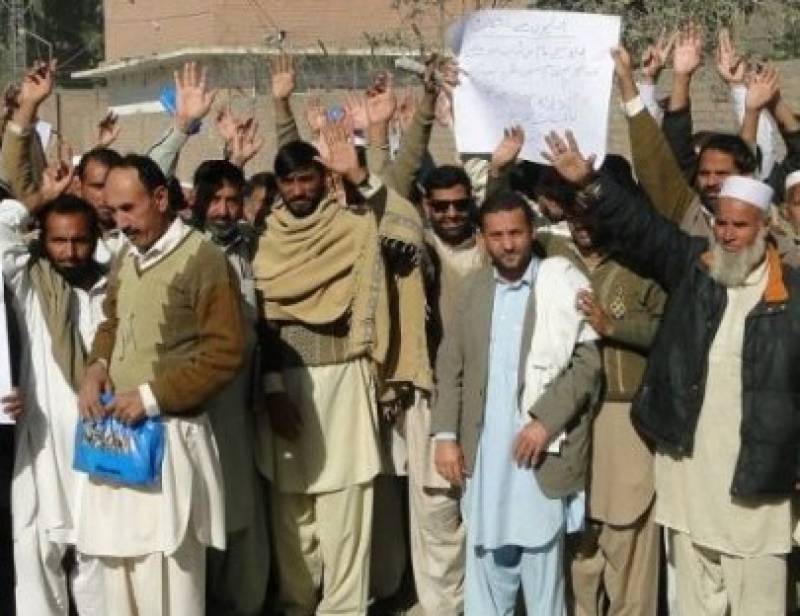 Torkham: The 84 polio workers including 12 female staffers posted at the Torkham border went on strike on Wednesday and stopped administering vaccine to Afghan children to press the authorities for acceptance of their demands.

The polio workers have been stationed at Torkham border crossing to vaccinate Afghan children against polio upon their entry to Pakistan.

They demanded payment of Rs1,000 as daily stipend, grant of four days leave every month, timely payment of their monthly salaries and facilities for those vaccinators, who perform their duty at the border during at nighttime. They presented their demands to the authorities concerned.

The protesting health workers alleged that they were never paid their salaries on time. They complained that they performed their duty both in the day and night without any weekly leave. They threatened to continue their boycott till the acceptance of their four ‘legitimate’ demands.

Meanwhile, customs staff at Torkham recovered 50,000 Saudi Riyals from the possession of an Afghan national identified as Saadullah when he was trying to cross over to Afghanistan on Wednesday.

Officials said that they also arrested the Afghan national and intensified their checking of pedestrians to stop smuggling of foreign currencies to Afghanistan from Pakistan.

Also in the day, Adviser to Minister for Excise and Taxation and Narcotics Control Khaleequr Rehman formally inaugurated the department office in Jamrud.

Speaking on the occasion, he said that the opening of the office would help to facilitate local people in getting their vehicles registered in their home district without going to other cities of the province for the purpose.

He said that the opening of the office would also help in prevention of narcotics smuggling in Khyber tribal district. He said that provincial government had launched a crackdown on all types of contrabands.