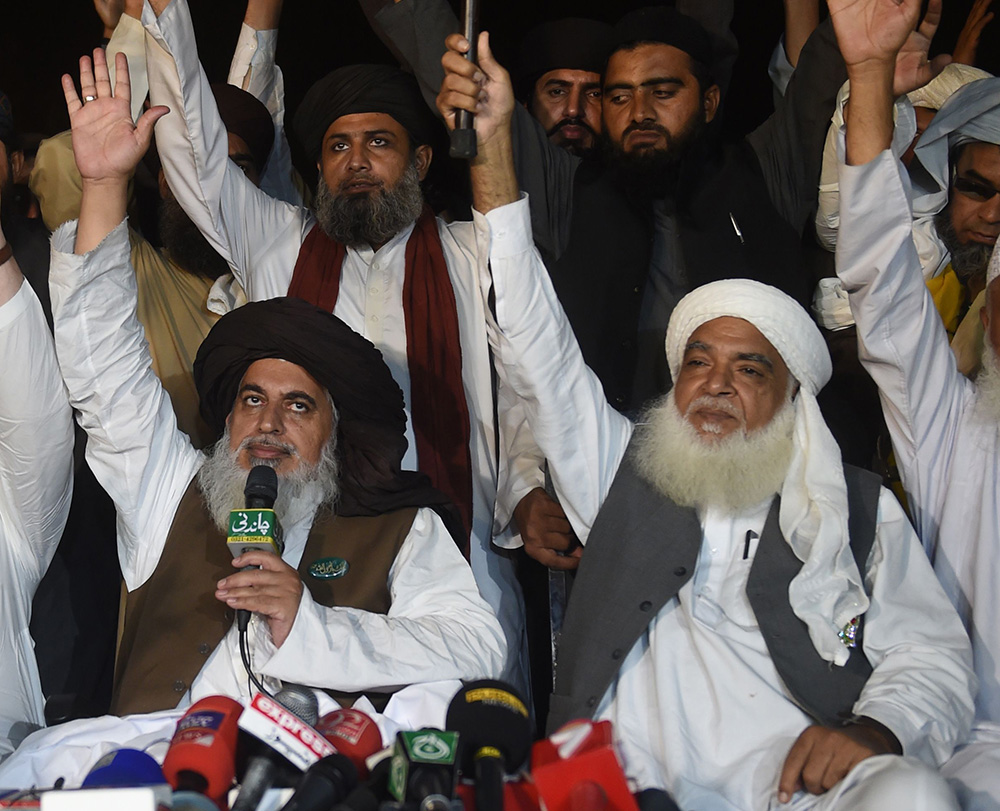 Tehreek-e-Labbaik Pakistan (TLP) has ended its march in Islamabad after a midnight announcement by its leader Khadim Hussain Rizvi.

He addressed participants of the march after his group’s leaders signed an agreement with the government’s negotiation team.

According to a written agreement shared with SAMAA Digital by Khadim Hussain Rizvi’s son Saad Rizvi, the government will ‘expel’ the French ambassador within two to three months with a consensus from parliament.

Under the agreement, the country will not post an ambassador to France and French products will be boycotted on the government-level.

The government has also agreed to release all arrested TLP workers.

Mobile phone signals in Islamabad and Rawalpindi have been restored as of 10:50pm.

Nine people, including four policemen, were injured in clashes between law enforcement and members of the TLP on Sunday night.

No critical injury has been reported. The protestors vandalized the Metrobus near Rawalpindi. The Deputy Commissioner for Islamabad said that the Islamabad Expressway from Zero Point till Khanna Bridge will stay sealed.

“Everyone is requested to please use alternate routes. Apologies for the inconvenience. We are trying our best to clear the route,” DC tweeted.

In this article:Sit-in, Tehreek-e-Labbaik Pakistan, TLP