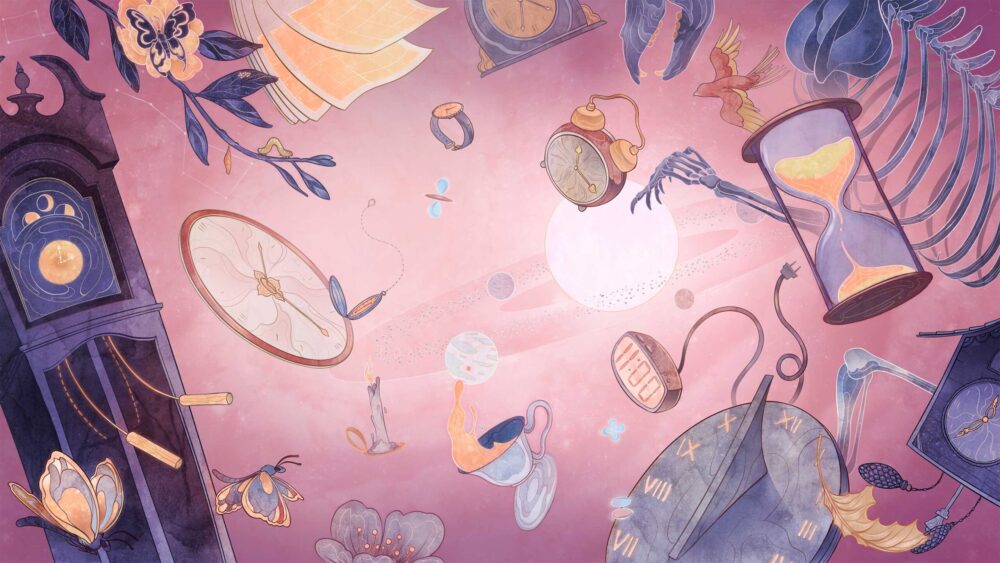 Time, An Illusion, Says A Research, Then Why Everyone Is So Obsessed With It?

Time, An Illusion, Says A Research, Then Why Everyone Is So Obsessed With It?

True time is actually much more flexible than most people realize,

‘America’s official time is kept at a government laboratory in Boulder, Colo., and according to the clock at the entrance, I was seven minutes behind schedule.

I rush across the campus of the National Institute of Standards and Technology (NIST) and arrive at the end of a long hallway where physicist Jeff Sherman was waiting patiently.

“Sorry I’m running late,” I tell him. “It’s OK, we only measure the nanoseconds,” Sherman jokes.

It’s never been easier to know what time it is. NIST broadcasts the time to points across the country. It’s fed through computer networks and cellphone towers to our personal gadgets, which tick in perfect synchrony. Humanity’s ever-improving agreement on the time smooths communication and transportation, and it lubricates our economy.

But time has another side to it, one that the clocks don’t show.

“A lot of us grow up being fed this idea of time as absolute,” says Chanda Prescod-Weinstein, a theoretical physicist at the University of New Hampshire. But Prescod-Weinstein says the time we’re experiencing is a social construct. Real time is actually something quite different. In some of the odder corners of the Universe, space and time can stretch and slow — and sometimes even break down completely.

For many people, this unruly version of time is “radical,” she says. But as technology to better count the time grows ever more sophisticated, our everyday understanding of time itself may need to start changing.

To get a sense of where the rigid time that governs most of our lives comes from, Sherman takes me into a beige-colored laboratory crammed with experimental equipment and computers. There are three big boxes looming above lab benches, holding three high-precision atomic clocks. Each box is labeled with a name: One’s called George, another Fiona, and the third is Elvis.

They all have quirks and personalities,” Sherman explains. “When they fail at 2 a.m. you want to have a little bit of compassion for them, so you give them names.”

George, Fiona and Elvis are just part of the 21-clock ensemble NIST uses to generate the official time. These three clocks tick using hydrogen atoms. The atoms are excited using radiofrequency energy and then sent into a chamber. Once inside, they decay, emitting a specific frequency of light.

Think of it as striking an atomic tuning fork, Sherman says.

The excited hydrogen emits “a tone of light,” he says. The rest of the clock “is an instrument that tries to sample — tries to listen — to a little bit of that light and count the cycles of oscillation in that light.”

Those light cycles are the “tick” of the clock. By averaging a subset of the 21 clocks together, NIST has created a system that can count the time to within one quadrillionth of a second. That means the government’s clock can keep time to within a second over the course of about 30 million years.

In another room, that timing signal is sent out across the United States, and via satellite to other government laboratories in other parts of the world with clocks of their own.

It’s an impressive system, but there’s a catch. You’ve got to keep counting. If you stop, if you blink, you don’t know the time anymore. “In exchange for this wonderful idea,” Sherman says, “you’re now beholden to count forever and not lose track.”

The MAN in “time management”

The ever-advancing NIST clock is one way to understand time. But theoretical physicist Prescod-Weinstein bristles at that definition. She says this version of time is just the time the government wants you to think about.

“The management of what counts as correct time and what time it is in any given place is deeply related to authority,” she says.

The time from this lab is used to run our lives. It says when planes take off and land, when markets open and close, when schoolchildren arrive at class. It controls computer networks, navigation tools and much, much more.

Governments around the world aren’t just providing the time as an altruistic service to citizens, Prescod-Weinstein argues. It’s about keeping society organized and efficient. It’s about increasing economic productivity.

And this is why people feel so tense about the time — it’s actually a technology being thrust upon them. “Capitalism sucks, and I think a lot of people’s relationship to why time is not cool, is structured by the resource pressures that we feel,” she says.

True time is actually much more flexible than most people realize, Prescod-Weinstein says. According to Einstein’s general theory of relativity, space and time are tied together, and space-time can bend and curve.

“The way to think about it is that that curvature is stretching out time,” she says.

Courtesy: The article is originally published by NPR.