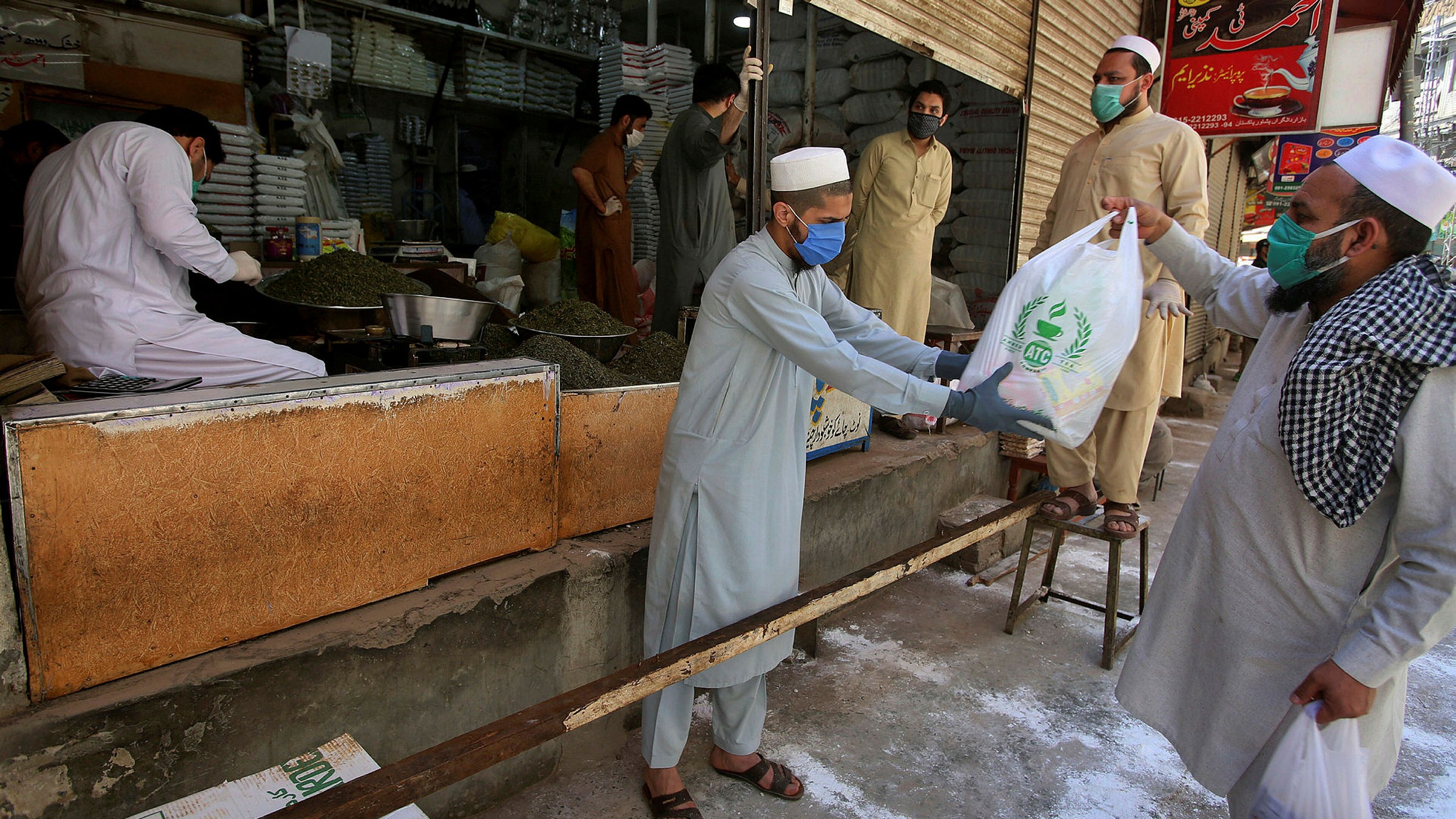 Notwithstanding Prime Minister Imran Khan’s long history of excoriating corruption, his government seems to have no appetite to bring to book those who hoodwinked the nation out of at least PKR 300 billion through shady business practices over the past year or so.

Pakistani consumers had paid PKR 300 billion excess due to spike in prices, cartelization, monopolization, and hoarding of the wheat, sugar and cement by unscrupulous robber barons in 2020.

The data collected by The Truth International (TTI) shows that during 2020, the sugar, wheat and cement mafia had burdened the poor man and have pocketed PKR 300 billion and created an artificial shortage which forced the Pakistan PTI (Tehreek-e-Insaf) government to import the two commodities at higher prices putting an extra burden on the week national exchequer.

Monthly consumption of Sugar in Pakistan is about 0.45 MMT to 0.50 MMT. According to the data of Pakistan Bureau of Statistics (PBS) an additional burden of PKR 160 was put on the sugar consumers which cost them PKR 65 to PKR 70 billion in 2020.

Prime Minister Imran Khan made a committee in February and later on a commission to probe the price increase in sugar. The Sugar Inquiry Commission made its report public in May 2020, which found massive market manipula- tions, tax evasion, and anonymous (benami) transactions.

Inquiry Commission finds that “for every extra rupee of cost overstated, the sugar mills of Pakistan earn approximately PKR 5.2 million x 1000 (the total production of 5.2 million tons) which equals PKR 5.2 billion – all at the expense of the consumers”.

These are the windfalls that the sugar mills enjoy before the sugar has even left the gates of the factory.

The Competition Commission of Pakistan in its report highlights that an increase in price by PKR 1/kg results in gain of PKR 450 Million (approx.) in a month to the mills based on average monthly consumption of 0.45 MMT of sugar.

The PBS data shows that in January 2020 the average national price of sugar was PKR 73.45/kg which went up to PKR 101.49 in November and rose to 87.17 in December 2020. The cumulative price increases strapped the consumers with an additional burden to the tune of PKR 70 billion. During 2020, Pakistan imported 0.267 MMT of sugar at the cost of about PKR 20 billion.

The Commission is of the opinion that the Sugar Advisory Board failed to take a timely decision to ban the export of sugar. The price hike and the export continued till February 2020.

International trade expert Dr Manzoor Ahmad says the Sugar prices increased because of mismanagement on the part of the federal government. Pakistan did not have sufficient stocks of sugar, contrary to the claims of the Pakistan Sugar Mills Association. It also delayed sugar import and could not stop its export as well, which provid- ed an opportunity to the market forces to increase prices every month.

The Commission says that there is ample evidence of market manipulation for profiteering by certain sugar mills through forward contracting, non-lifting of sold sugar and facilitation to favoured brokers.

It also finds “sufficient evidence of hoarding of sugar at the level of sugar mills in connivance with brokers/investors”.

During the subsidy scheme period from January 2015 to February 2020, sugar mills were paid more than PKR 29 billion in subsidy.

The Commission says that the entire sugar industry declared total sales of approximately PKR 124 billion. Out of this PKR 43 billion were sold to the registered persons. If the sales made to Income Tax registered persons worth PKR 14 billion is taken out, then the rest of PKR 58 billion sale have been made to un-regis- tered persons who are suspected to front anonymous players.

Similarly, the sugar industry reported suspected benami transac- tions to the tune of PKR 71.054 billion from October 2019 to February 2020.

Pakistan witnessed wheat crisis and had to import the food staple after more than a decade, owing only to the mismanagement and inefficiency of the government, which cost the consumers more than PKR 120 billion in 2020.

Pakistan has been self-sufficient in wheat from 2009 to 2019. Prices of wheat flour went up at the end of 2019 which triggered a crisis in the country. Federal and Punjab government panicked and could not handle the situation properly.

Federal Government set a target of 27 MT for wheat production but it could not achieve it, mainly because of heavy rain in Sindh and Punjab. Wheat production remained 1.8 MT below the target, at 25.2 MT in 2020.

Pakistan’s average wheat consumption is about 2.3 MT per month.

Federal Minister National Food Security, Syed Fakhar Imam has admitted that some investors knew that international wheat prices were up and they made billions in windfall profit.

PBS data shows that, just after the arrival of new wheat crop in the market in April 2020, prices of the wheat flour started increasing. In May wheat flour was available at the average price of PKR 43.23/kg but all of sudden it spiked to PKR 48.63/kg, registering an increase of PKR 6.54/kg.

This put an additional burden on the consumers to the tune of PKR 18.65 billion in June 2020.

According to an estimate, delaying wheat import costs the people about PKR 23 billion.

Says Dr Manzoor Ahmad: “The government failed to make a timely decision on wheat import. It took almost five to six months to reach the decision. Wheat was available at $220/ton in the international market but when Pakistan imported its price increased and crosses $290/ton.

“The government knew the country was facing a shortfall of around 1.5 MMT import was the only option to meet that short- fall. They should have acted sooner”.

PMLN leader Muhammad Zubair says, “Imran Khan had accept- ed his failure by himself, admitting that there was no data available on wheat stocks in the country which led to delayed import. The people of Pakistan ended up paying the price for PTI failure”.

Dr Manzoor Suggests that Minimum Support Price fixation and wheat procurement system should be abolished and prices should be left to the market forces.

The Competition Commission of Pakistan says that cartelisation and price fixing in cement industry has burdened the people with PKR 40 billion annually just by increasing the prices of 50-kg bag by PKR 50 by the cement manufacturers.

A CCP report says the decisions to increase MRP by the cartel in April 2020 alone resulted in an estimated increase in price per bag (50 Kg) of cement of PKR 50 (collectively in Islamabad, Lahore and Peshawer).

If we multiply this increase with local dispatches for the year 2019-2020 the economic impact as a result of price increase alone amounts to approximately PKR 40 billion. The mentioned loss amount is computed by using a conservative approach and is based on the evidence of fixing MRP alone.

If we take into account price increase at each point in time and damages borne by consumers as a result of price fixing, quota fixation, division of markets and other anti-competitive practices through concerted activities i.e., cartelization, the impact is much higher.

The consumers’ loss is the cartel members’ gain – which is basical- ly why cartels are formed.

PMLN leader Muhammad Zubair, says that PTI government did not take any action against those involved in wheat and sugar scams. Sugar Commission has identified that Jahangir Tareen, Khusro Bakhtiar, Abdul Razak Dawood and CM Punjab Usman Buzdar failed to fulfil their responsibilities. Cabinet and ECC allowed export of one MMT of sugar which caused price increase but no action had been taken any cabinet member.

Zubair alleges Khan cannot take any action against his own cabinet members, because he has been convinced by them that for long term politics, they should be given a free hand to amass wealth through corruption.