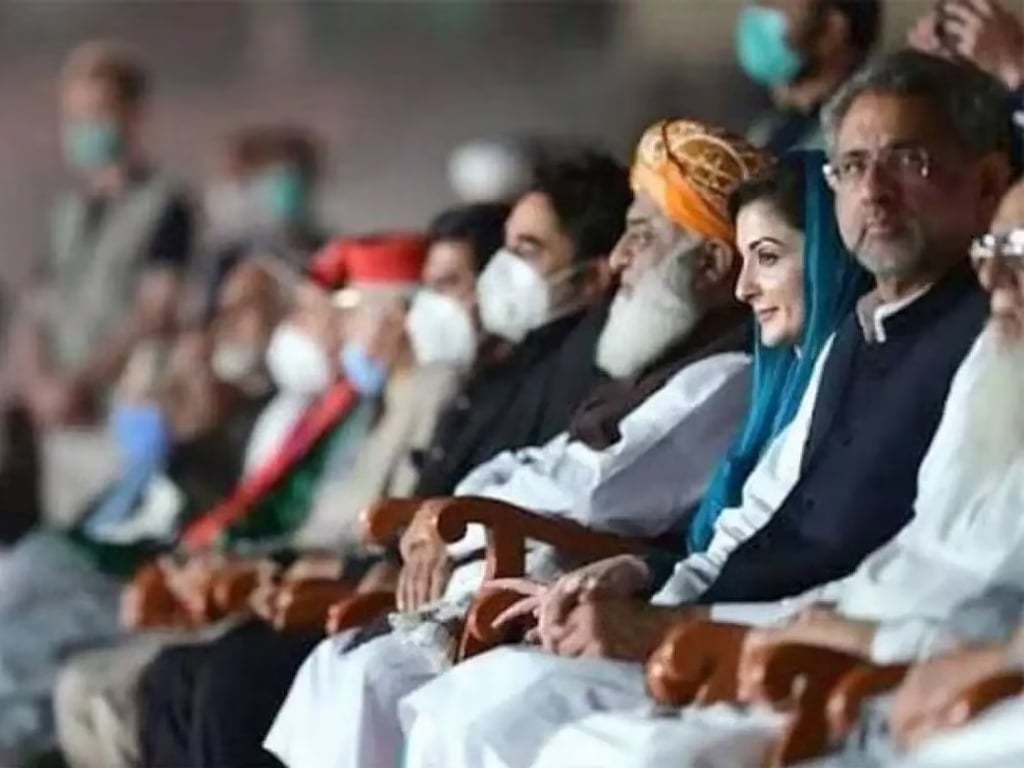 Article by: Ahmad Waleed (Ahmad Waleed is a Lahore-based journalist who has worked for The Nation, The News, Geo News, and DawnNews and is currently associated with 24News. He can be reached @ahmadwaleed)

he million-dollar question being discussed by all and sundry all over Pakistan these days is whether the 11-party alliance Pakistan Democratic Movement (PDM) will ask its members of the Parliament to tender resignations to oust the incumbent government.

If yes, then what are the chances the government submit to the pressure and go home. Is that so easy? Will Prime Minister Imran Khan be ready to give in? Then another question comes to mind if such movements and politics of resignations have had any impact on politics.

While many believe the opposition’s movement is destined to fail as the Pakistan Tehreek-e-Insaaf government has the full backing of the powers-that-be, there are people who think even without any visible outcome every movement does leave a mark on the society.

The PDM leaders of 11 political parties may have different policies and ideologies to follow, but they have gathered at this platform on a single agenda – to uphold the sanctity of the Constitution. This very agenda makes the movement unique from all other movements of the past as for the first time in the political history the opposition is out to challenge a ‘hybrid regime’ which managed to take the reins of the country through one of the most controversial elections of the nation’s history.

The nine-party Pakistan National Alliance (PNA) launched a movement to oppose Pakistan People’s Party (PPP) leader Zulfikar Ali Bhutto. The Movement for Restoration of Democracy (MRD) was formed to dethrone military dictator General Zia ul Haq. The Islami Jamhoori Ittihad (IJI) was formed against the PPP government in 1988. The IJI was by far one the most infamous alliances in the electoral history of Pakistan which has remained surrounded by controversies that still haunt the bigwigs of political dynasties including the Sharifs.

The opposition movement has entered the second phase where the PDM parties are in q fix how to reach a consensus over submitting resignations to the Parliament ahead of Senate elections. The government is sticking to its guns despite over a month of protest gatherings in several major cities of the country.

The PDM leaders used the rallies to give vent to their anger against the government policy of political victimisation, poor governance, one of the worst economic meltdowns, skyrocketing inflation and bad foreign policy. During all this campaign the opposition has seems to have somehow succeeded in weakening the government as well as its powerful backers.

But Prime Minister Imran Khan apparently seems to be unmoved and feels confident that the opposition’s movement or the resignation threats will fail to bring his government down. On the contrary, the prime minister has ‘welcomed’ the opposition resolve to offer en bloc resignations, saying his government will hold by-elections on all the seats falling vacant in no time.

Now the government is trying to play its cards as it plans to hold Senate elections ahead of schedule while the Election Commission of Pakistan (ECP) has decided hold by-elections on eight National and Provincial Assemblies that fell vacant and were pending due to Covid-19. These two moves have dashed the PDM plans and put the opposition in a tight spot – to contest by-elections – or they have to take the decision on resignations as quickly as possible.

In their speeches, the opposition leaders including Maulana Fazl ur Rehman of Jamiat Ulema Pakistan (JUI-F) and Maryam Nawaz Sharif of Pakistan Muslim League (PML-N) have openly expressed their resolve to submit en-mass resignations to put pressure on the government to step down.

However, there are signs the Pakistan People’s Party (PPP) is reluctant to follow the other PDM parties in this matter, fearing that if they resign from Sindh government, the government may resort to taking over the Sindh province through Governor’s rule or by holding elections.

When in opposition, the PTI had also submitted en-mass resignations in 2014. The PML-N government used the same old delaying tactics of not accepting all those resignations and managed to avert the crisis. Similar tactics are likely to be used this time as it would be a big challenge for the incumbent government and it may not be able to afford re-elections on such a big number of seats.

Even if the PDM fails to dislodge the PTI-led government, the establishment, visible party to the ‘hybrid regime’, has been placed in an awkward situation as it is sharing all the blame for the economic and governance blunders that have made peoples’ lives miserable.

The PDM agitation, therefore, does have the potential of creating a political and constitutional crisis if they march towards Islam- abad, stage a sit-in and tender resignations.

“Political and social movements may have varying degrees of success (or, for that matter, failure) but they leave behind societies that are never quite the same.”

The present regime has offered many opportunities for the challengers in the shape of PDM. Even if this ferment fails or is crushed, it is bound to open avenues for future challengers.