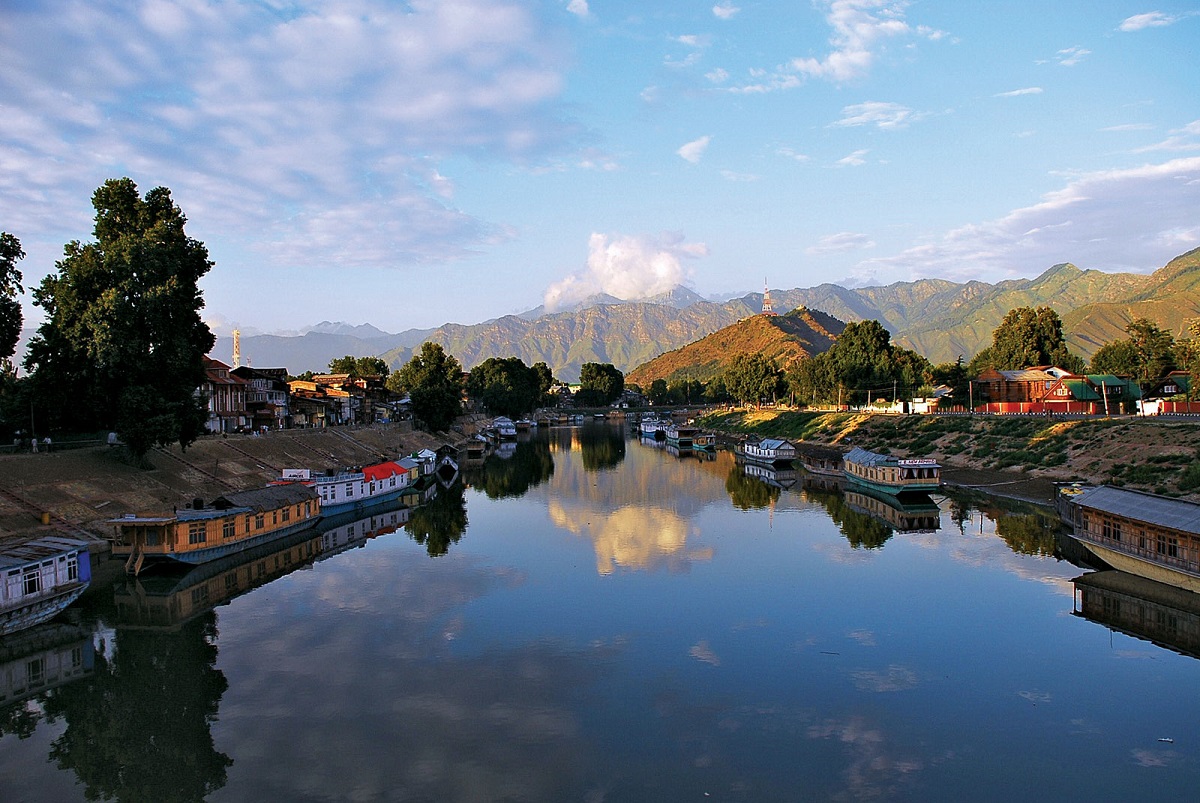 Ever since the promulgation of “Jammu & Kashmir Reorganization Act” by the Indian Government on 5 August 2019 and consistent measures taken by New Delhi to strengthen its control over the Muslim dominated Valley, steady erosion of the Kashmir issue has been in evidence.

While the Indian parliament approved and enacted the draconian law, the Supreme Court has yet to rule on a raft of petitions challenging the revocation of article 370 of the Indian Constitution and ending the special status of J&K.
The international community, on the other hand, has come across as indifferent to the Indian government’s steady measures to tighten the occupation and transform the demographics of the Valley of Kashmir.

How the Indian government is able to get away with the policy of ‘Indianising’ Jammu & Kashmir and why the saner elements of Indian civil society are unable to prevent severe violations of human rights particularly in the Valley of Kashmir needs to be analysed. Also worthy of analysis are the questions of how the erosion of the Kashmir issue is impacting Kashmiris’ struggle for self-determination and what can Pakistan do to help prevent the marginalization of Kashmiri freedom struggle.

The steady erosion of the Kashmir issue is a reality and is going on since the last several decades. If the UN Security Council through its resolutions of 1948 and 1949 gave legitimacy to the holding of plebiscite, India which initially accepted such resolutions reneged on its commitments. Pakistan’s failure to oust Indian forces from the Valley of Kashmir during the 1948 war unleashed the process of erosion of the Kashmir issue.

Back to back fiascos like the Operation Gibraltar and Operation Grand Slam before the outbreak of September 1965 Indo-Pakistan war; the Shimla Pact of July 1972 which effectively barred multilateral handling of the issue; occupation of a large chunk of Siachen Glacier by Indian forces in 1984; the Kargil fiasco during the summer of 1999 and; the revocation of article 370 which had given special status to J&K; and numerous other measures taken by New Delhi to integrate J&K in the fold of Indian union reflected the marginalization of the Kashmir issue.

Truly speaking, it will be highly unfortunate if the Kashmir conflict which needs to be resolved justly and according to the will of the people of J&K is marginalized and may face the same fate as the Palestinian issue. Both Kashmir and Palestinian issues emerged more or less at the same time i.e. 1947-1948. In both cases the UN Security Council passed resolutions and the two conflicts were a cause of wars in Middle East and South Asia.

But, if the occupation of West Bank and Gaza by Israel and the proliferation of Jewish settlements in the West Bank changed demographic makeup of that occupied territory, the same policy is now being implemented by the Indian state in the Muslim dominated Valley of Kashmir.

If the ultra-right-wing Likud party of Prime Minister Benjamin Netanyahu is trying to inundate the occupied West Bank with Jewish settlements, a similar policy is being applied in J&K by the Hindu nationalist Bharatiya Janata Party of Prime Minister Narendra Modi. In neither case has the UN or the International Court of Justice taken cognisance of the occupier’s actions displacing native population.

In case of Palestinians they have been let down by their Arab neighbours who have been indifferent to Israeli occupation of West Bank, Golan heights, East Jerusalem and siege of Gaza. Likewise Kashmiris, whose struggle is principled and justified according to international law, have been let down by Pakistan and Muslim countries.

One can figure out three main reasons why the fate of the Kashmiris issue will be similar to what has happened to Palestinians. First, when India unilaterally annexed J&K under the cover of Jammu & Kashmir Reorganization Act of 5 August 2019, Pakistan instead of symbolic protests should have taken practical measures to compel its eastern neighbour reverse such a decision. Instead, the PTI government announced symbolic protest measure on every Friday condemning the Indian unilateral annexation of Jammu & Kashmir. Even this token protest fizzled out after a few weeks.

In terms of mobilizing international public opinion against India’s suppressive measures in the Valley of Kashmir in the form of lockdown, curfew, siege and search operations, extrajudicial killings and arbitrary arrests, Pakistan received lukewarm support from OIC and other influential world capitals. The UN Security Council failed to pass a resolution condemning the arbitrary revocation of article 370 of the Indian constitution and annexing J&K and reconstitution of Ladakh and Jammu as its union territories.

Pakistan also prevented the planned march of Jammu and Kashmir Liberation Front (JKLF) in October 2019 towards the Line of Control fearing an Indian retaliation and requested them to postpone their march till the spring of 2020. This was tantamount to nipping an indigenous Kashmiri initiative to agitate the matter in the bud at the hands of Pakistan.

Second, India well calculated Pakistan’s failure to actively support resistance groups in J&K against its 5 August acts and embarked on punitive measures to allow settlements composed of non-Kashmiris so as to turn the Kashmiris into a minority in their own land.

In April 2020, India introduced new domicile law under which a person who has resided in Jammu and Kashmir for 15 years will now be able to call the occupied territory his or her place of domicile. The J&K Civil Services (Decentralization and Recruitment) Act defines a domiciled person as the one who has resided for a period of 15 years in the union territory of Jammu and Kashmir or has studied for a period of seven years and appeared in class 10 or 12 examinations in an educational institution located in the territory”.

This means several thousand Indian nationals who before the revocation of article 370 were ineligible to cast their votes or acquire immovable property are now entitled to those rights at the expense of the native population.

Third, a national liberation movement has credibility when it is united and effective in emancipating its country from foreign occupation. The history of Vietnam War provides a vivid example where the Viet Cong, a national liberation movement of South Vietnam backed by North Vietnam faced the mighty US power and succeeded in throwing America out from their country in April 1975.

But in the absence of any military support from Pakistan or elsewhere, the Kashmiri resistance groups like the All-Parties Hurriyat Conference and J&K Liberation Front (JKLF) are in limbo. The fact that these indigenous movements are receiving neither military nor material support from Pakistan has boosted the confidence of Modi regime.

At least, when there were indications that India will revoke article 370 in an attempt to absorb J&K, Pakistan should have mobilized international support. Furthermore, India wouldn’t have dared to cross the red line had Pakistan threatened to use the nuclear option in case Jammu & Kashmir were annexed by India. Failure to provide a nuclear umbrella to the beleaguered Muslim population of the Valley of Kashmir was a major strategic failure on the part of Pakistan. As a result, India proceeded with its unilateral actions and converted the Valley into a great big prison.

Is there still a way to reverse the erosion of Kashmir issue and can an age-old struggle of Kashmiris be taken to its logical conclusion? Historically speaking, the Kashmir conflict is at least as old as Pakistan. Even before partition of the Indian subcontinent the Muslims of Jammu & Kashmir resisted the Dogra rule and wanted self-determination.

After August 1947, J&K became a major source of conflict between India and Pakistan. If Pakistan termed J&K as its lifeline and missing ‘K’ of Pakistan, India termed J&K its integral part. From any standpoint, 74 years of Kashmir conflict is now a humanitarian issue because of India’s repressive occupation policies. Furthermore, thousands of divided families on both sides of the Line of Control have been prevented to reunite.

The only way the erosion of Kashmir issue can be reversed is by rendering practical support to the people of Jammu & Kashmir, particularly to the Valley who have been under the Indian subjugation for decades. Particularly since 5 August 2019, India has made concerted efforts to block any way which can help emancipate Kashmiris from New Delhi’s subjugation.

A policy on the part of Pakistan based on courage, tact and strategy to put India in a defensive position on J&K is the need of the hour. Unless Pakistan puts its house in order in terms of political stability, vibrant economy, good governance and the rule of law, it will not be in a position to support the people of Jammu & Kashmir in a better manner.

It is yet to be seen how a hard-hitting and passionate speech delivered by Sarah Owens, member House of Commons of the British parliament on 14 January condemning India’s blatant violation of human rights in its occupied parts of J&K has any impact on the Indian government because the Modi regime has proven to be more thick-skinned than any Indian government in terms of international suasion.

In a perfect world, pressure from democratic forces within India would compel the Modi regime to reverse unilateral revocation of article 370 and restore the autonomous status of J&K. Our world, however, is anything but perfect.

The writer is Meritorious Professor and former Dean Faculty of Social Sciences, University of Karachi.