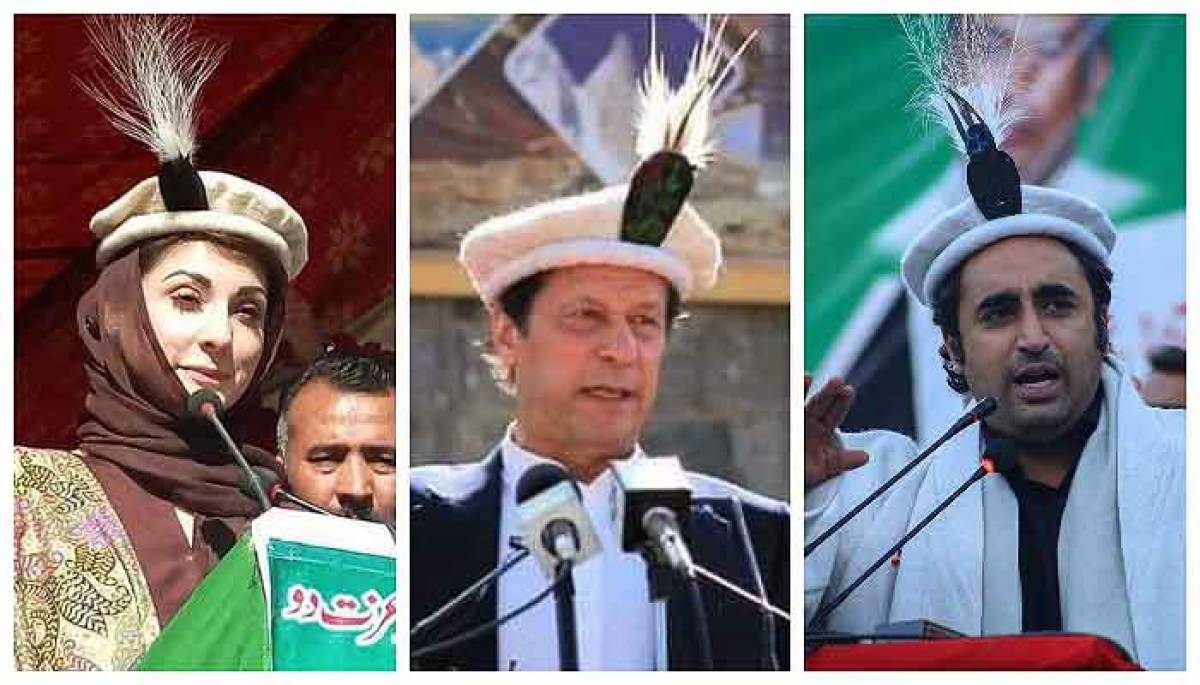 ISLAMABAD: Prime Minister Imran Khan’s Pakistan Tehreek-e-Insaf (PTI) party may just have advanced the opposi- tion’s agenda of putting a question mark on the integrity of the Gilgit-Baltistan Legislative Assembly election by attempting to overturn the result of a seat of symbolic importance through apparently questionable means.

Unofficial tallies at the end of polling put the PPP candidate in the lead. However, the unofficial result announced the next day declared the PTI man victorious – with the PPP and PML-N candidates in the second and third positions respectively.

This led to a disquiet among PPP workers who termed the polling results rigged and held a protest demonstration. As tempers flared, violence erupted and protesters clashed with police officers and set on fire a government building and four vehicles on 23 November 2020.

Independent observers and PPP workers see this alleged rigging in light of a federal minister’s earlier avowal to “not let Fathullah down in the constituency”. The remarks are attributed to the Federal Minister of Kashmir Affairs and Gilgit Baltistan Ali Amin Gandapur.

“The result of this particular constituency has apparently become an issue of the minister’s ego”, a local political worker was overheard remarking to another.

“Contrary to the allegation of major opposition parties, the election held in Gilgit Baltistan was largely fair and transparent”, another analysts said.

Both PPP and Pakistan Muslim League Nawaz (PML-N) candidates from the constituency are accusing the Election Commission GB and administration of becoming puppets of PTI and the federal government.

Chairman PPP Bilawal Bhutto Zardari, referring to the same constituency, had earlier claimed that his seat was stolen. He had extended his stay in Gilgit to get the result of the constituency while joining with protesters of his party.

Notably, the PPP has not questioned the results for other constituencies where other political parties and independent candidates have won. However, the party is not prepared to accept the result for GBLA-II (Gilgit-2).

The unofficial results shared by the returning officer put Fatehullah Khan, ahead of PPP’s Jamil Ahmed by 96 votes.

According to a local senior journalist Shabbir Hussain, PTI has unnecessarily created the mess as after joining at least six independent candidates, the party has already secured a clear majority in the 33-seat Assembly.

“By saving its General Secretary from losing the seat in Gilgit, PTI has made the entire election in GB controversial,” he said adding that the PPP candidate had clearly won the seat. The results of the particular constituency could be challenged in the court as PPP is said to have enough evidence to prove that the election was rigged.

Apart from this particular constituency, the elections in the other 23 constituencies were largely fair and transparent as the losing candidates have accepted the results.

Political analysts in the region are of the view that the success of a historic number of independent candidates in this election while defeating electables of PTI and PPP proves that the government had not interfered in the election process.

“By rejecting the electables of even the ruling party, the people of GB has also negated the impression that the ruling parties in power at the centre usually win elections in GB and AJK,” a political analyst Jafar Ali said.

More than 300 candidates, including four women, contested on 23 seats. At least 1,26,997 fresh voters had used their right of vote in general elections of GB.

Like the general elections in the country in 2018, PPP and PML-N complained that Form 45 (the Result of the Count) and Form 46 (the Ballot Paper Account) had not been provided to polling agents in a number of polling stations.

As the election Act-2017 has been extended to GB, the provision of this form to polling agents was mandatory. The officials of the election commission of GB, however, claimed that since the act was new in GB there must be some deficiencies.

Instances of allocation of more than the legally prescribed number of voters per polling booth led to overcrowding and disorder at some polling stations.

Similarly, the ECGB did not consistently ensure the provision of Form 45 and Form 46 to all polling agents present at the polling stations during the vote-counting process, which would have helped to enhance the integrity of the election results management.

Officials say the problem was largely due to insufficient numbers of these forms available at the polling stations. The presiding officers had to issue polling stations’ results to the polling agents on plain papers under their stamps and signatures, the legality of which has yet to be established.

The voting and counting processes were mostly transparent, with FAFEN observers reporting initially the presence of polling agents of major political parties and independent candidates in most polling stations. However, instances of polling agents seated at a place from where they could not observe the voting process were reported from six constituencies.

FAFEN also noted as “more serious” reports that candidates and their agents were barred from ROs’ offices during the preparation of the preliminary results in at least three constituencies, and delays in the release of provisional results on Form-47 (Provisional Consolidated Statement of Results of the Count) in more than 10 constituencies.

These problems shaped the political discourse on an otherwise orderly and peaceful electoral exercise conducted according to the law, which requires finalization of provisional results by 2:00 am on the day following the polling.

PTI to form Government in GB

Interestingly out of the seven independent candidates, at least five candidates who had earlier joined the party was denied tickets by PTI. The party, instead of honoring these potential candidates and ticket aspirants, had granted the ticket to electables of other political parties like PML-N and PPP.

To form a government the party was left with no option but to co-opt these rejected candidates. The ruling party secured a majority in the Gilgit-Baltistan Legislative Assembly after six victorious independent candidates joined the party.

Raja Nasir Ali Khan in GBLA 10-Skardu-4, Wazir Saleem of GBLA-9, Skardu- 3, Javed Manwa of Nagar-5 and Mushtaq Hussain of GBLA-22 Ganche-1 and Abdul Hameed of GBLA-23 Ghanche-II were denied the tickets as PTI preferred electables poached from other parties.

Wazir Muhammad Saleem, Raja Nasir Ali Khan, Mushtaq Hussain, Haji Abdul Hameed and Javed A Manwa and Haji Shah Baig have joined the party on Thursday. However another independent candidate, who is also a nationalist leader, has refused to join PTI as he has previously avoided joining any national politi- cal party.