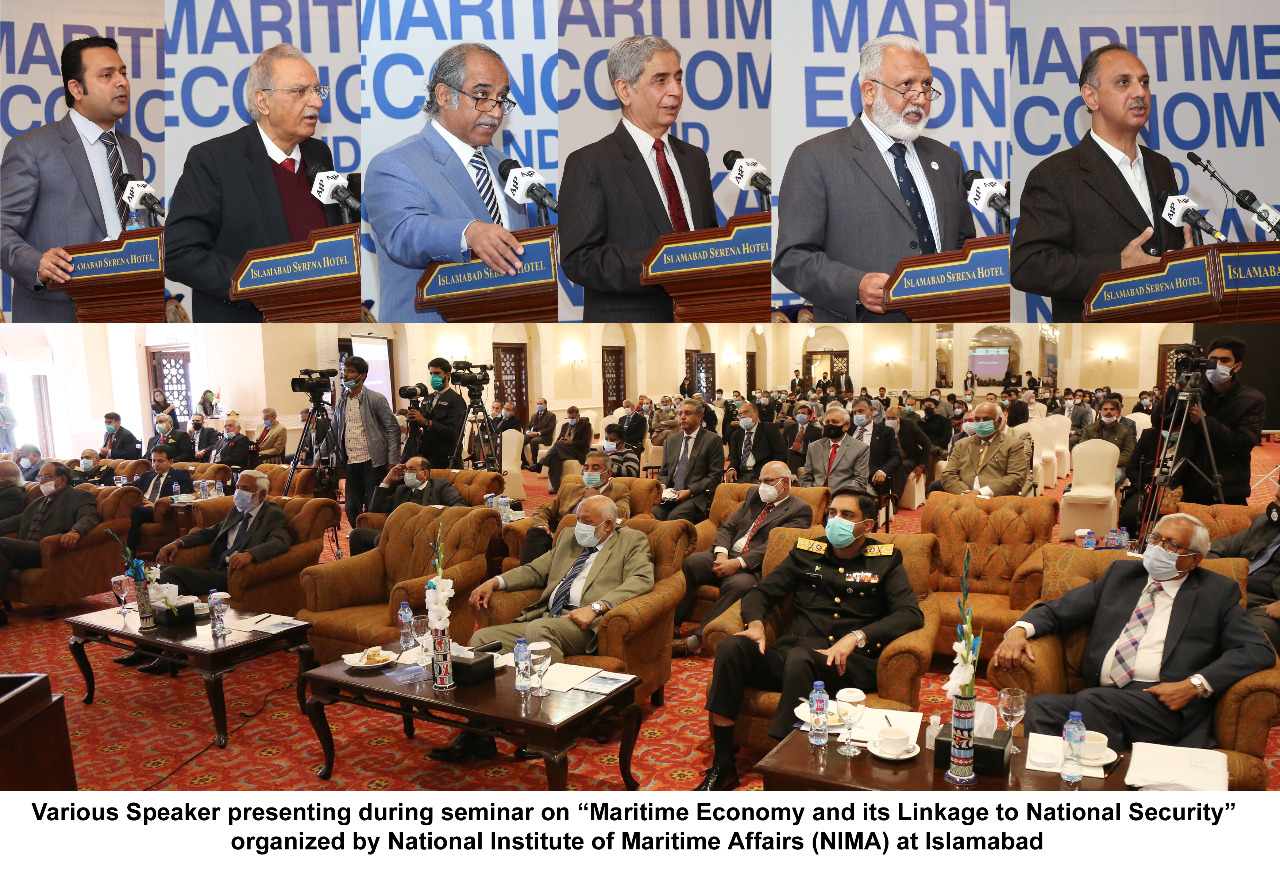 National Institute of Maritime Affairs (NIMA) Bahria University organized one-day Seminar on “Maritime Economy and It’s Linkage to National Security” to underline the significance of the maritime sector and its impact on National Security. Pakistan is critically dependent on imported energy including oil, LNG, and coal. In addition, Pakistan handles over 91% of total cargo through the sea. On average, 2.5 ships disembark daily energy-related cargo on Pakistani ports, making it our critical vulnerability and can impact our national security.

Vice Admiral (Retd) Abdul Aleem HI(M), Director General NIMA in his inaugural address welcomed the honourable Chief guest, worthy speakers, and participants. He discussed the importance of the economic growth of the maritime sector and its connection with Pakistan’s National Security. He further highlighted that safety and security at seas are critical for the global economy as 90 percent of the world trade (by volume) is carried out by the sea.

At the end of the Seminar, the Chief Guest Mr. Omar Ayub, emphasized the importance of the development of the maritime sector, Pakistan’s crucial dependence on its trade coupled with national security. He lauded the efforts put in by NIMA for bringing together policymakers, experts, and academician to bring forth the issues of maritime sector.