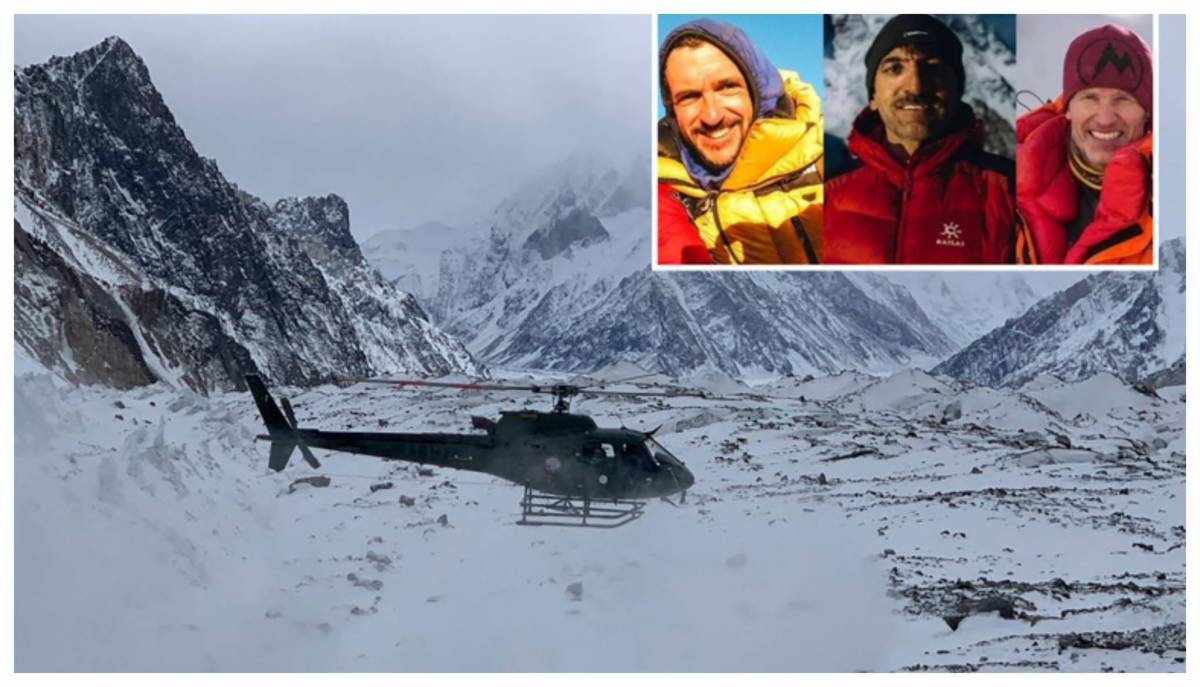 A search operation of Ali Sadpara and two other climbers have been resumed today with the help of modern equipment.

According to Home Secretary Gilgit-Baltistan Muhammad Ali Randhawa, the search for Ali Sadpara and two other missing climbers has resumed today.

Muhammad Ali Randhawa said that the missing climbers would be searched by surveillance aircraft. High potters are also present in the base camp for the ground search of the climbers.

The aircraft is equipped with a FLIR system, which is an infrared radar technology, used for the search of missing persons.

The rescue operation could not be started due to inclement weather yesterday while Ali Sadpara’s son Sajid Sadpara has given up hope of his father’s survival.

Talking to the media in Skardu, he said that now there is little to no chance of his father surviving. He added that a search operation should be conducted to find his father’s body.

It should be noted that Pakistani climber Ali Sadpara and two foreign climbers have been missing since February 5 during the winter adventure of K2.