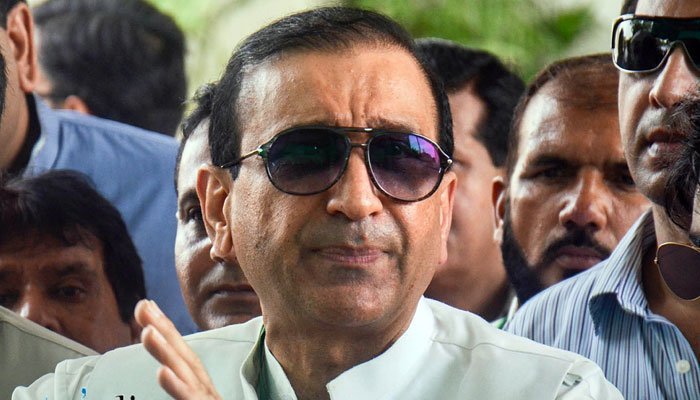 The Supreme Court on Monday granted bail to the chief executive and editor-in-chief of Jang Group of Newspapers, Mir Shakilur Rehman. In a 34-year-old case related to land he allegedly acquired “illegally” in the tenure of then chief minister of Punjab, Nawaz Sharif, he was being held in jail for 9 months.

Numerous protests by Geo and Jang employees and associates were held for his release in the country. The court granted Rehman bail against a surety bond of Rs10 million, today.

Mir was arrested by the National Accountability Bureau (NAB) on March 12 in connection with “alleged illegal exemption of 54 plots (each measuring one kanal) in H-block of Lahore’s Jauhar Town phase-II allotted to him being the holder of general power of attorney on behalf of Hidayat Ali and Hikmat Ali by the then Punjab chief minister (Nawaz Sharif in 1986) in violation of the relevant laws/rules”.

The Lahore High Court had denied bail to Rehman, after which he had appealed the decision in the Supreme Court.

Last week, a two-member bench of the apex court referred Rehman’s bail plea to the Chief Justice of Pakistan Gulzar Ahmed for re-fixing of its hearing by a three-judge bench after Justice Umar Ata Bandial – who was earlier heading a three-member bench – recused himself from hearing the plea moved by the media tycoon citing personal reasons.

During today’s hearing, Rehman’s counsel, Amjad Pervaiz, informed the court that the Jang group editor-in-chief was arrested by NAB at the inquiry stage. He said even though the reference was filed against four people — then chief minister Nawaz Sharif, then director land department, then director Lahore Development Authority (LDA) and Rehman — nobody other than Rehman was arrested.

He added that NAB Chairman Javed retired Justice Javed Iqbal had not issued arrest warrants for the director land department and DG LDA.

Explaining how the land was acquired, Pervaiz said the total land in question was 80 kanals and 18 marlas, purchased to build Mohammad Ali Jauhar Town. The owner of the land died and it was divided and transferred in 1985, he added.

The heirs requested the LDA to grant permission to start construction on the land in 1986, which was rejected by the then DG LDA, the lawyer said, adding that the official wrote to Rehman saying that under the land policy, his share equalled 54 kanal, 5 marlas.

“Not one rupee of the government was lost during this entire matter,” he claimed. At this, Justice Qazi Amin asked whether NAB had raised the matter of the government accruing any losses to which Pervaiz replied in the negative.

Justice Yahya Afridi observed NAB had to determine whether the case was valid, according to the policy. The anti-graft body also had to disclose how many cases the judge who heard Rehman’s case previously had, he added.

In this article:CEO Jang Group, Mir Shakeel Ur Rehman