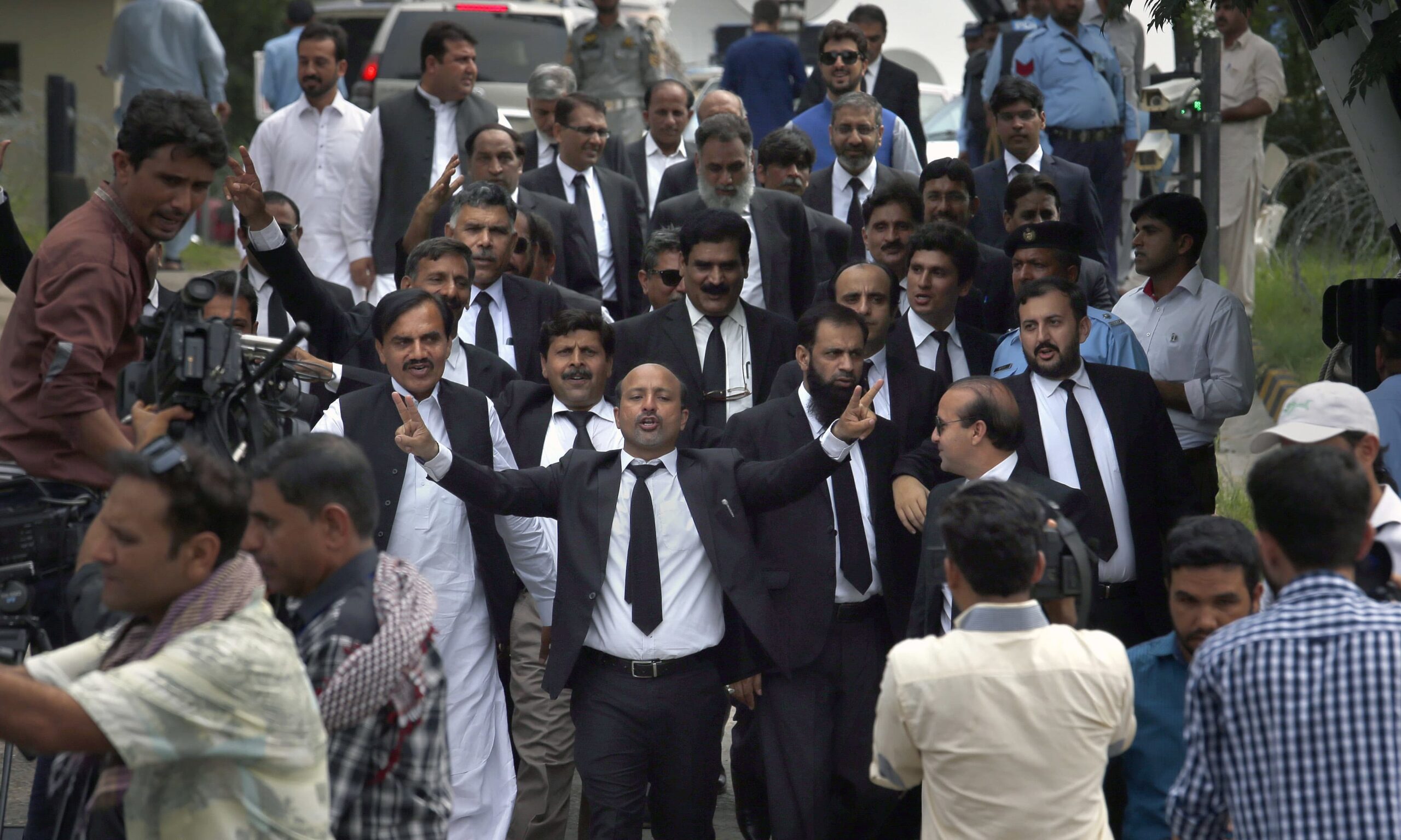 A senate committee deliberating ways and means to strengthen the accountability of superior court judges is consulting the stakeholders on the possibility of an amendment to the Constitution to institute parliamentary oversight of justices.

There is a feeling that the powers of the Supreme Judicial Council (SJC) to hold the justices accountable have practically been scuttled because of the successive litigation against its proceedings.

The judges accused of misconduct resorted to filing petitions before the Supreme Court under Article 184/3 of the Constitution, which empowered the apex court to administer complete justice. This extraordinary jurisdiction authorizes the Supreme Court to pass any order against any legal provision.

Interestingly, if a judge accused of misconduct resigns or retires, he can evade accountability, withdrawing pension other post retirement perks and privileges.

However, ex-Judge of the Islamabad High Court (IHC) Shaukat Aziz Siddiqui was the first-ever judge who has been sacked by the SJC in recent past. In 2018, the SJC took up a reference against Justice Shaukat Aziz Siddiqui and ordered his removal for passing controversial remarks during his address to the Rawalpindi District Bar Association.

Since its establishment in 1973, another judge was Justice Ikhlaq who was sacked through SJC.

There were over 300 complaints with the SJC in 2015. Most of the complaints became infructuous since the accused judges retired.

In 2015, the then chief justice of Pakistan Anwar Zaheer Jamali had disclosed that around 90 per cent of the complaints filed against judges of the superior judiciary had become outdated because the SJC was dormant.

He said the complaints filed against the conduct of judges of the superior courts had become infructuous since most of those judges had retired after completing their terms in office.

Under Article 209, the SJC may initiate proceedings on a reference against any judge on account of misconduct.

According to Article 209, after proceedings, the SJC “reports to the president that it is of the opinion that the judge is incapable of performing the duties of his office or has been guilty of misconduct and that he (judge) should be removed from office”.

The famous case of ex-Chief Justice Iftikhar Mohammad Chaudhry dented the SJC’s proceedings and set the precedent of challenging the proceeding of this forum.

However, the bench with the majority’s decision asked the Federal Board of Revenue (FBR) to probe the properties of the spouse of Justice Isa and submit a report to the SJC.

Although the legal fraternity favours accountability of superior court judges, however, it seems to have become an uphill task due to the legal loopholes.

A Senate Committee on Law Reforms headed by Farooq H. Naek has termed the existing mode of accountability of judges of superior courts dormant and stressed the need for evolving a transparent and effective mechanism to hold them accountable over the allegations of misconduct.

Senator Naek is of the view that under Article 209 of the Constitution, the SJC took up complaints against judges of superior courts. However, he observed that there was no hard and fast rule and set procedure to entertain and dispose of the complaints.

A lawmaker said that the existing system was redundant as the judges tried to politicize the reference filed against them. He suggested changes in the composition of the SJC and proposed that parliamentarians might also be made part of the council.

Legal expert and a member of the committee suggested parliamentary oversight in the judge’s accountability. He said that there is a need to amend the relevant provisions of the law in this regard. He suggested that the composition of the SJC should be changed and some senior parliamentarians should be added in the SJC.

The parliamentarians, however, are not hopeful for the effectiveness of such legislation, saying that the apex court may strike down any such move. Some suggested that the judiciary should have been taken on board before introducing such legislation. Senator Anwarul Haq Kakar also endorsed parliamentary oversight of the SJC proceedings.

The committee decided to seek views from the Ministry of Law and Justice and other stakeholders on the possibility of an amendment to the Constitution to change the existing mechanism for accountability of judges of the superior courts and introduce a more open and effective system that involves parliament, in the light of the international best practice.

The senators present during the meeting gave their point of view on the issue and finally agreed to adopt a mechanism for consulta- tions with all stakeholders to make solid recommendations.

They underscored the need for benefiting from the international best practice and agreed that there was a need to strengthen the check and balance mechanisms in the light of Articles 175(A) and 209 of the Constitution.

The participants of the meeting included Senators Rana Maqbool Ahmed and Anwarul Haq Kakar and senior officials of the Ministry of Law and Justice.