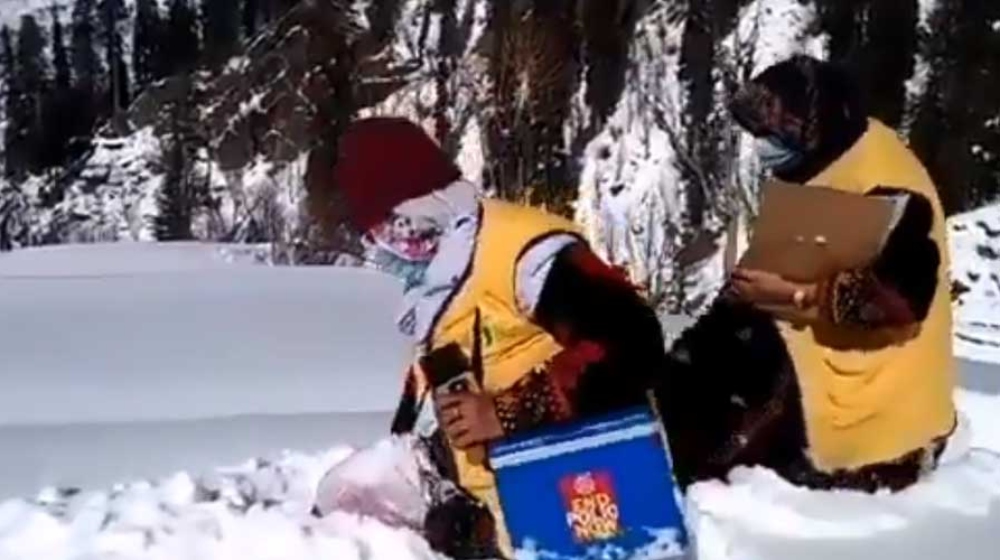 Pakistani women polio workers are the new exemplars for the nation as they refuse to give up due to the hard weather conditions and are striving to eradicate polio in Pakistan.

While setting new examples of courage, a video of two polio workers from Azad Kashmir busy administering polio drops from door to door through difficult routes has been doing rounds on social media.

In the areas where these female polio workers are providing their services, the temperature is below the freezing point and they are trapped in houses due to severe cold.

Pak Polio, a subsidiary of the health department working to fight polio in Pakistan, has shared a video of two such female polio workers on Twitter.

The video shows two female polio workers doing their job happily, despite four feet of snow on difficult routes on the hills.

Pak Polio greeted the polio workers for vaccinating them from door to door despite the inclement weather and difficult routes.

The German ambassador to Pakistan, renowned singer and actor Farhan Saeed, and other dignitaries praised the spirit and courage of these women.