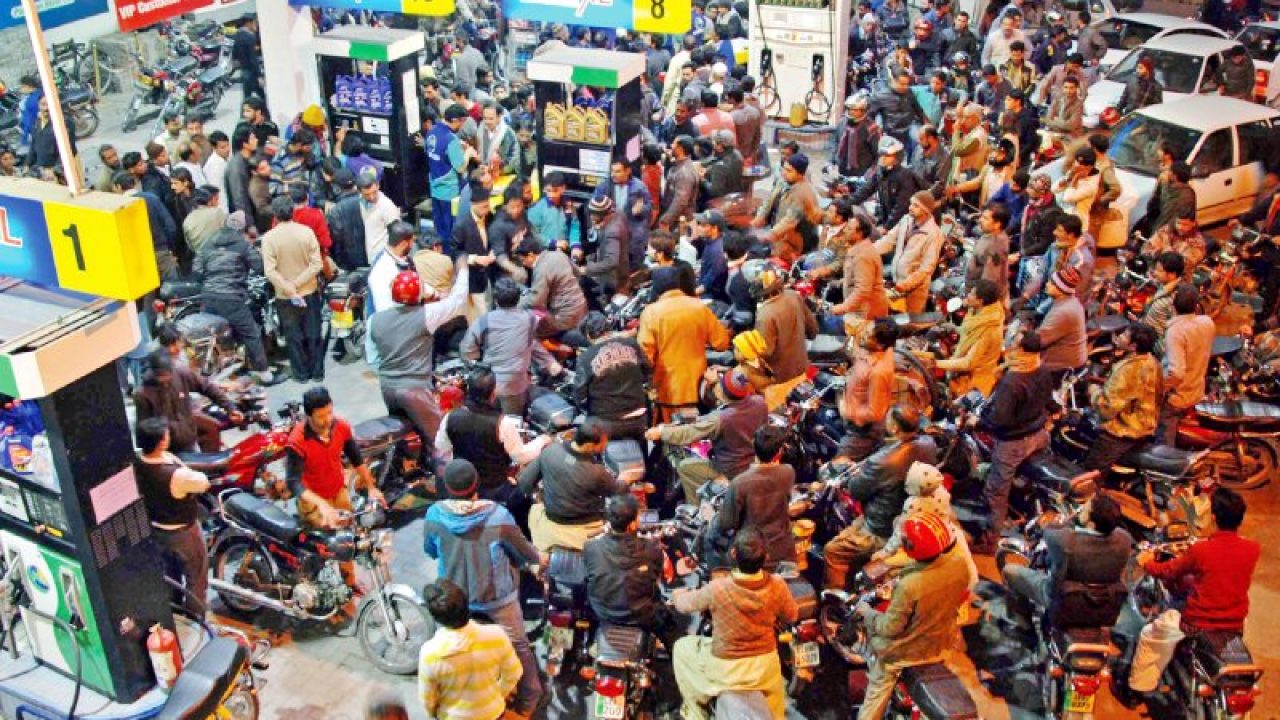 Article by: Khalique Ahmed (The writer has been watching national economy for two & half decades.)

In the heat of the rising sugar and wheat prices, the government made public the reports of the two inquiry commissions in April last year. The reports identified massive wrongdoings, manipulation of markets and systems, cartelization and so on. The government ordered further investigations and departmental proceedings.

The final conclusions of such processes are nowhere in sight and the prices of both commodities have continued to rise despite massive imports at further public expense besides the burden on consumer pockets. The price of sugar, nevertheless, fell with the arrival of the crushing season.

Based on these outcomes, it would be not difficult to conclude that real action on recommendations of the inquiry commission on the shortage of petroleum products would be visible anytime soon. On its part, the federal cabinet has constituted a committee comprising ministers for planning, human rights, education and railways to study the report and come up with specific recommendations. How the Lahore High Court ceased with the matter reacts to the developments so far is to be seen on the next date of hearing.

What matters more at this point in time is the fact that oil prices touched the lowest ebb in the international market twice in five years and on both occasions the people of Pakistan could not fully benefit from the oil bonanza. In fact, the products were sold at the highest ever rates on the black market.

The inquiry commission on petroleum shortages thus rightly concluded that in sharp contrast to the world at large which seized the days of lowest international prices of petroleum products from the months of March to May 2020, the crisis of shortage erupted in Pakistan in the month of June 2020.

“Sad story of how an opportunity was transformed into a crisis starts in March 2020 with the irrational decision of ‘import cancellation’ by MOEPD (Ministry of Energy Petroleum Division) spanning over a month whereby the Oil Marketing Companies (OMCs) were asked to cancel their cheap international purchases”.

Instead of enforcing the OMCs to lift their local quota of purchases from refineries, the MOEPD went for the blanket import ban. Regardless of this so-called ‘ban‘, it is an admitted fact that six oil carrying vessels belonging to private OMCs did dock and decant during the days of import embargo.

Consumers had to pay dearly for the failure of MOEPD to implement decisions of the Product Review Meetings (PRMs). Lifting of import ban at the end of April coincided with the gradual rise of international prices of petroleum products. May and June witnessed the apathy of certain culprit OMCs which imported oil but hoarded or slowed down the supply to their retail outlets till the government increased the prices on June 26, 2020. General consumers, thus, were hoodwinked out of their rightful savings.

The OGRA inherited the regulatory functions of the oil industry in 2006 from the erstwhile ministry of petroleum and for the next 14 years, the new petroleum rules were put in place to replace the old petroleum rules of 1971. This era of legal ambiguity on the division of powers between MOEPD and OGRA continues.

From the year 2006 to 2020, OGRA became the breeding ground of OMCs the number of which has now touched 66. OMCs got unlawful provisional marketing licences without developing the mandatory storage and stock facilities.

The Pakistani market could not cash in on cheap oil days due to criminal and deliberate omission of duty by 90 percent of the OMCs operating in the country to maintain minimum mandatory stock – worth 20 days of supplies.

As if that was not enough, the sector witnessed mushrooming of illegal retail outlets and their regularisation, illegal joint ventures or hospitalities, unlawful private storage companies. This period saw frequent unpunished violations of licensing conditions by OMCs.

Today, Pakistan stands with no strategic storage of petroleum fuels, outdated refineries, and a ceremonial petroleum division which has outsourced its decision making to Oil Companies Advisory Council – a cartel of oil companies. The rest of the damage was done by the Department of Explosives, Port Authorities, smugglers and adulterers.

Therefore, the Commission concluded that formation of a regula- tory body like OGRA, perhaps in line with modern markets of developed countries was not aligned with the ground realities of Pakistan and hence OGRA should be dissolved through an act of the Parliament within the next six months and penal action or investigations should be initiated against all incumbent and former members and chairpersons of the OGRA.

The Inquiry Commission also concluded that petroleum division also did not fare better during the last decade and in the June crises in particular.

“The story of MOEPD is also rife with apathy, incompetence flavoured with malpractices, and disregard to laws/rules” and thus “the dire straits of oil industry can only be straightened out with a unified authority”.

The Commission strongly recommended departmental or penal action against the incumbent Director-General of Oil for passing flagrantly illegal orders regarding the allocation of import/local quotas. Strong departmental/penal action is also recommended against his other associates as all such ‘Stand-out-bad-characters’ must not go unpunished.

The commission said the role of secretary petroleum could not be ignored.

“Apparently, he remained encapsulated in a vacuum, both prior to and during the crisis period. No satisfactory explanation has been offered as to why the word rationalization, approved by Cabinet, was transformed into ban/cancellation of imports. Likewise, how would the flagrant violations of OMCs spread over a prolonged period, could be ignored by him?”

The commission also recommended strict action against officials of Department of Explosives who were found involved in issuance of unlawful clearance certifications to retail outlets and storage depots.

The commission also recommended a penalty on OMCs to equitably recovered from them the monetary losses they forced upon PSO, a state-entity, and for creaming off unlawful profits through hoarding, slowing down or drying out their retail outlets during the days of shortage.

The commission wanted the creation of a cell in the government to collect all relevant data from OMCs relating to import, local uplifting, daily and monthly sales of OMCs, refinery import and production programme so that all data has legal sanctity and the OMCs can be held accountable in case of spurious figures.

It is also important to revive the role of deputy commissioners to inspect and examine any premises, facility or installation owned or operated by an OMC or refinery and to conduct enquiry so as to find any infractions or violations as required under Rule 54 of the Pakistan Oil Rules 2016 but conspicuously absent from the scene during the acute shortage of petroleum products in the month of June 2020.

On top of that, it would be more important to close down or bring under scrutiny more than 1500 illegal petrol pumps currently operating in the country mostly on smuggled products besides automatic gauging devices at all retail outlets and their online link to government monitoring.