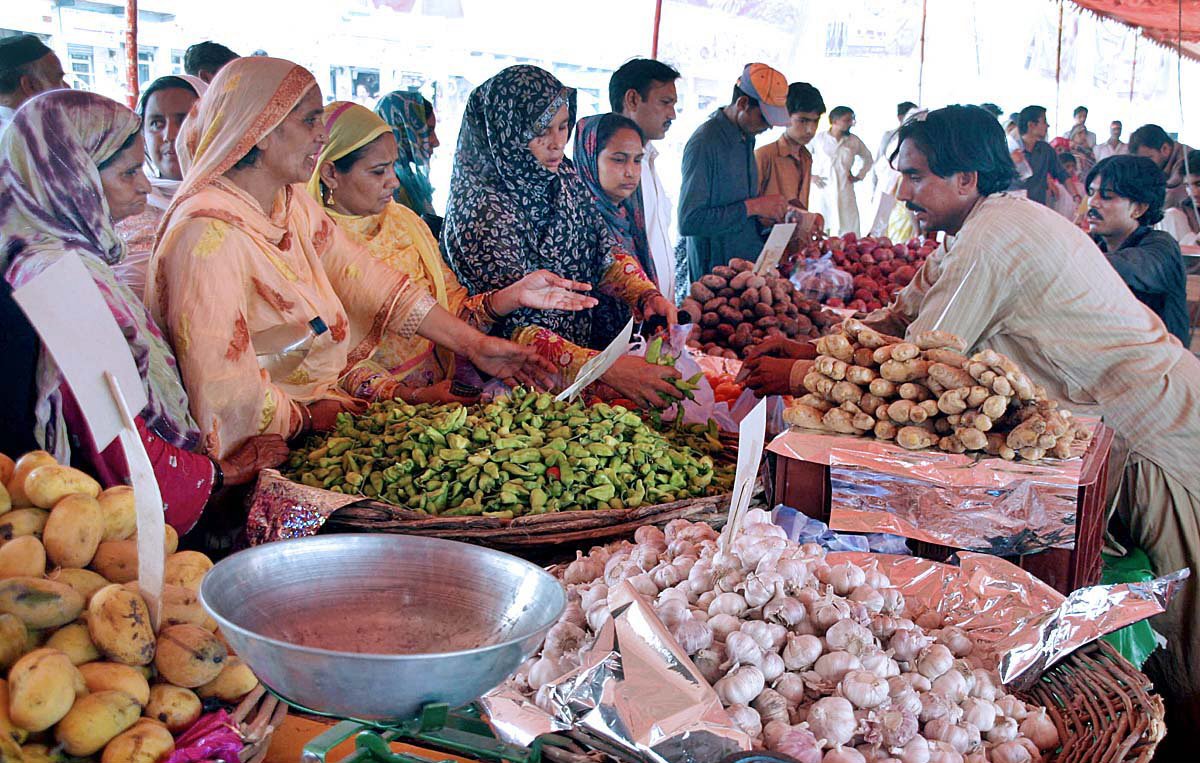 There is plenty of evidence to show the high and mighty fleeced the masses by manipulating prices. There have been official enquiries establishing the wrongdoing, and official admissions. But the government is yet to taken action against those responsible for stealing PKR 400 billion from the pockets of the general public.

Prior to the Covid-19 outbreak, the government was making efforts to stabilize the inflationary pressure that originated from requisite adjustment policies. Thus, the spike in inflation which appeared due to energy tariff adjustments and the adoption of market-based exchange rate flattened out to some extent.

However, as Covid-19 spread in Pakistan, price-hike took center stage and prices skyrocketed out of common man’s reach. This situation fueled the anti-government protests, launched by 11 political parties under the umbrella of Pakistan Democratic Movement (PDM) with Jamiat Ulama Islam (F) Maulana Fazal- ur -Rehman as its first chief. The PDM has since held several public gatherings to expose the govern- ment’s failures on all fronts.

The Government’s ministers continued to criticize the previous governments by holding them responsible for the current state of affairs of the economy and inflation.

However, Prime Minister Imran Khan, who is under severe criticism for failing to take remedial measures to deal with one crisis after the other now looks relaxed after decline in inflation. Prime Minister acknowledged on a number of occasions that at least, wheat and sugar crises were the result of government’s own failures but no action was taken against anybody as all the Ministers are still sitting in the Ministries.

Prime MInister Khan has also stated that it was the responsibility and mandate of Dr. Abdul Hafeez Shaikh to control prices which is an indication that Prime Minister is not happy with the performance of his Finance Advisor.

Dr. Shaikh, who heads the Economic Coordination Committee (ECC) of the Cabinet, never made inflation as its agenda which is indicative of his seriousness to deal with the inflation, which is swallowing the public money. However, the Price Monitoring Committee has held few meetings to discuss prices but the performance of the committee in taking measures to control prices of essential items has been questionable.

Mr. Shaikh, who is also a possible candidate of Senate from PTI, has now started appear- ing on electronic media and sharing his views on different policies of the government and indicating that the IMF program is about to resume. For this purpose some new measures are expected to be taken by the government as per agreement with the Fund.

The good omen is that over the last couple of months, the Consumer Price Index (CPI) is on the decline which is more visible in prices of seasonal vegetables and fruits despite the fact that fare of transportation has increased owing to the continuous rise in petroleum products. However, there is no let-up in the prices of other essential commodities.

In January CPI rose to 5.7 per cent against 8 per cent in December last year, which the economist believe is remarkable achieve- ment while core inflation, non-energy and non-food inflation remained at 5.4 per cent.

After Covid-19, on one hand millions of people lost their jobs and the other almost every private sector entrepreneur slashed salaries of the employees. The double blow of shrinking income and unchecked food inflation has made the common man despondent.

Increase in medicines prices under the garb of adjustment to ensure their availability is an additional burden on those who were already facing hardships to make the ends meet.

At least two advisors to the Prime Minister, in-charge of economic Ministries have data, collected by the Pakistan Bureau of Statistics (PBS) which is an attached organization of the Ministry of Planning, Development and Special Initiatives headed by Asad Umar.

The government has now decided that Ministry of National Food Security & Research and other relevant stakeholders to finalize plans to improve the overall system, including statistical data reporting for better assessment of production and consumption of crops, import processes and coordination issues amongst the provinces for implementation of a uniform policy, with a view to plan for future to avoid the price hike and supply shock of essential commodities like wheat and sugar.

The focus of the Prime Minister and his Cabinet colleagues during public and media interactions was entirely on the supply-side i.e. seasonal rise in the price of perishables, Sindh government’s reluctance in the release of wheat prior to a fixed schedule, profiteering by shops/ traders and artificial shortages created by cartels to raise the price, and smuggling through long porous borders.

There are reports that Sindh is now releas- ing wheat stocks of five or six years old, which probably is not fit for consumption. The situation in Punjab is also critical as reports indicate that sand is being mixed in the wheat.

The government never accepted its fault that unchecked movement of wheat from Sindh and Punjab to KP and Balochistan are the main reasons of wheat crisis in the country. It is undeniable that most of the wheat reaching KP is smuggled to Afghani- stan and Central Asia as wheat prices in those markets are higher compared to the official rate of wheat in Pakistan. .

The Competition Commission of Pakistan (CCP) report on sugar had found cartelization and manipulation of prices by the Pakistan Sugar Manufacturers Association (PSMA). This was evident from the hike in sugar price immediately after the release of report of the Inquiry Commission on Sugar. It was also informed that the Lahore High Court had dismissed the long-pending petitions filed by almost all the industries challenging the constitutionality of CCP.

The sugar crushing season is now over but the prices of sugar in the domestic market are over Rs 90 per kg and there are appre- hensions prices will touch Rs 115 kg in April when Razaman commences despite the fact the government has allowed import of raw sugar in addition to waving duties and taxes on import of refined sugar.

There is no doubt that the decision makers have inflicted hundreds of billions of rupees loss to the national exchequer and general public as well due to its inaction.

Prices of gas and electricity will also increase, which implies that the cost of production/ manufacturing will go up in the days to come. This will again push inflation up.