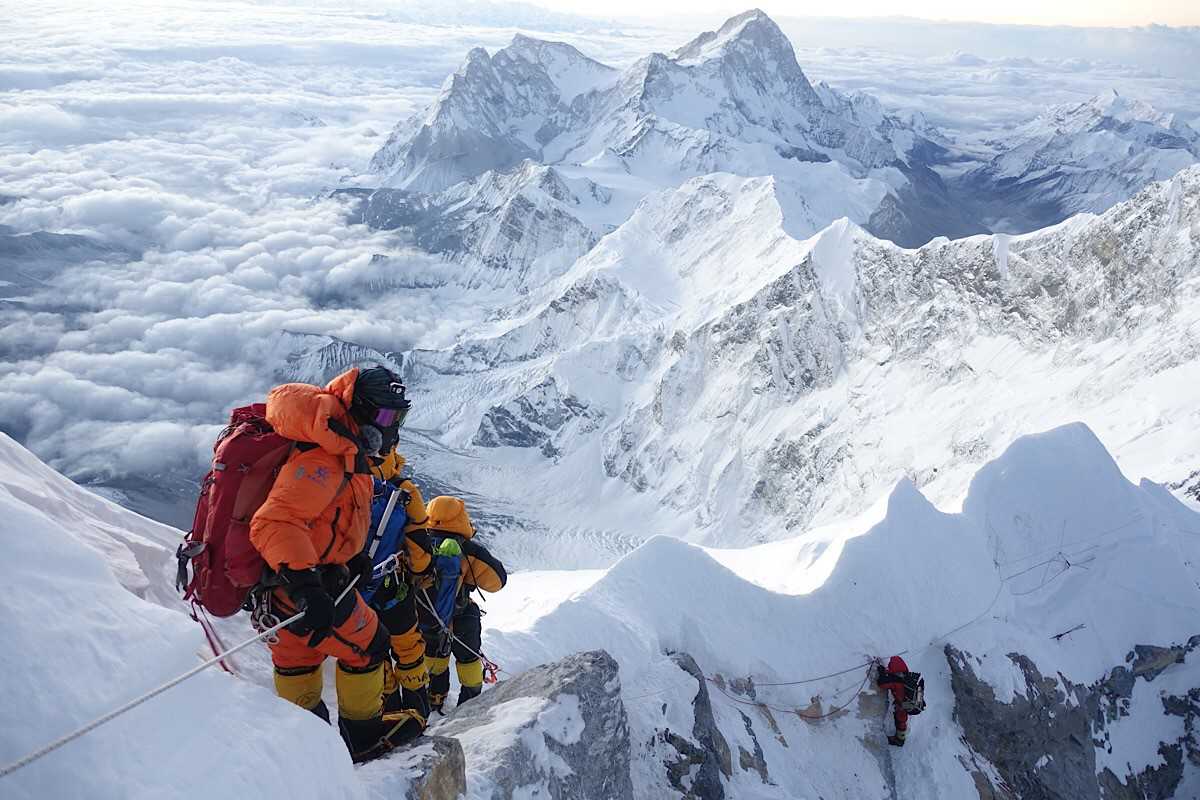 The previous record of attempting to scale K2 was further achieved and broken by four Nepali Sherpas by climbing as high as 26,000 feet

The previous teams achieved the maximum height was 25,320 feet in winter, as per the Alpine Club of Pakistan (ACP).

Nims Purja, the leader of the Sherpa winter expedition team attributed the success to the combined effort of the team.

“As per the mega plan, big well done to our team led by Mingma G with Mingma David Sherpa, Mingma Tenzi Sherpa, and Sona Sherpa for successfully fixing lines up to Camp 4 at 7,800m, the highest altitude ever gained at K2 in winters.”

“I will be leading the fixing team to the summit. We hope to stand on the summit together.”

“I would like to appreciate all my Nepali team for showing their outstanding performance in this challenging weather and cold. We are on verge of creating history.”

Chhang Dawa, the team leader of the international winter expedition appreciated the team through an Instagram post.

According to him, at least 10 Nepalese climbers along with the fixing team of 30 Nepali Sherpas will start approaching from Camp 3 to Camp 4 and if their plan is successful, they will be on the top by 1 pm on Saturday.

Some 60 mountaineers are attempting to crown the world’s second-highest peak starting from December till February.

Climbers from Britain, Germany, Switzerland, Belgium, Bulgaria, and a dozen countries have turned the K2 base camp the most crowded ever.

“Summit options that are already scarce in the winter drop to nearly nothing if climbing without supplemental oxygen is not an option.”

While quoting the organizer of the expedition, Seven Summits Trek, the ACP official said.

There are also high expectations from the Pakistani ace Ali Sadpara who has made the first winter climb on Nanga Parbat.