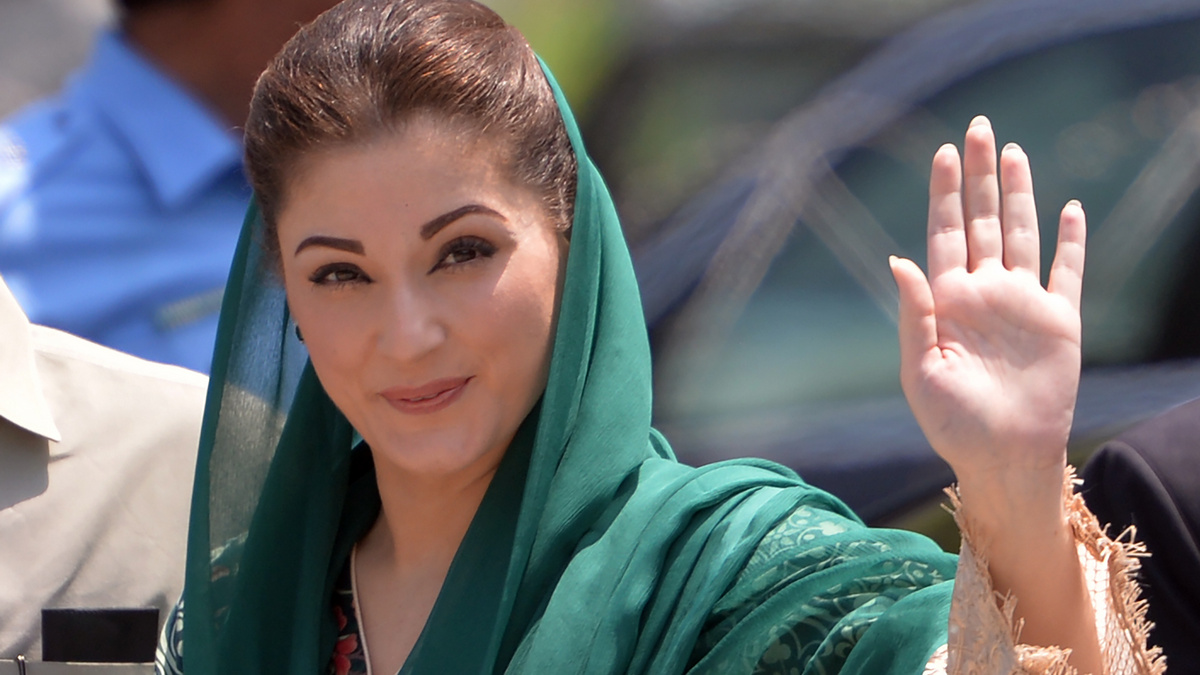 The daughter of Pakistani Prime Minister Nawaz Sharif, Maryam Nawaz, arrives to appear before an anti-corruption commission at the Federal Judicial Academy in Islamabad on July 5, 2017. Pakistan's Prime Minister Nawaz Sharif and his children are accused of graft in an ongoing case which has captivated Pakistan and threatened to topple the prime minister after the Panama Papers leak last year linked the family to offshore businesses. The Supreme Court issued a split ruling calling for a joint investigation team of anti-corruption officials along with the powerful Inter-Services Intelligence (ISI) and Military Intelligence to probe the claims and issue a report within 60 days. / AFP PHOTO / AAMIR QURESHI (Photo credit should read AAMIR QURESHI/AFP/Getty Images)

PML-N vice-president Maryam Nawaz has said that her party is open to dialogue with the military establishment “within the ambit of the Constitution” and provided that the incumbent PTI government is removed from office.

“The army is my institution,” Maryam said in an interview with BBC Urdu. “We will definitely talk but within the ambit of the Constitution,” she said.

The PML-N leader said she was not against state institutions but stressed that there would be no dialogue in secret.

The “incumbent government will have to go if we are to move forward”, she added.

Maryam claimed that the “establishment had reached out to her close aides” but had not “contacted her directly”.

She also said the idea of dialogue through the platform of the Pakistan Democratic Movement (PDM) can be deliberated upon.