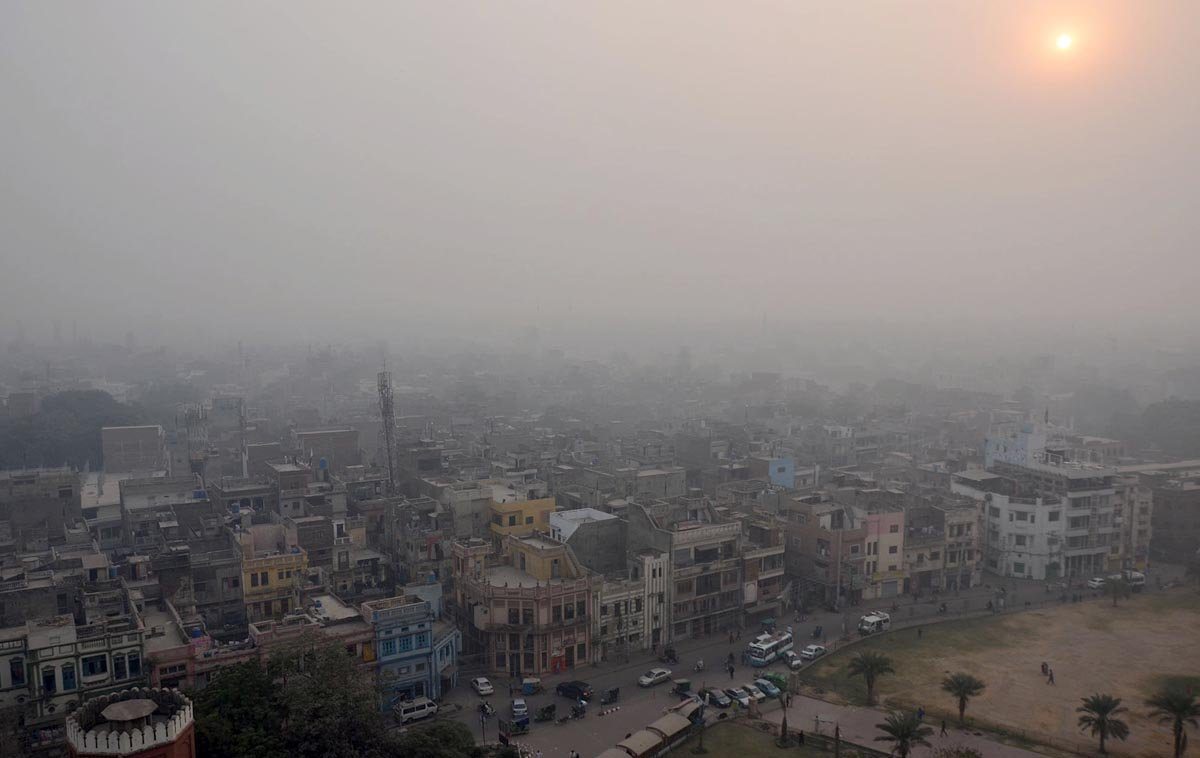 According to air pollution data released by the US Air Quality Index Monday morning, Lahore ranked the most polluted city in the world. According to the index, Lahore reported a particulate matter (PM) rating of 423.

The United States Environmental Protection Agency regards air quality satisfactory if the AQI is under 50. Lahore’s AQI fell in the range of 301 and higher, which has been classified as “hazardous”.

Lahore is not the only Pakistani city to feature in the top 10 list for the worst air quality. Pakistan’s largest city Karachi ranked at 7 on the AQI.

New Delhi is second with a PM of 229, while Nepal’s capital Kathmandu ranked the third-worst city with a b PM of 178

To reduce the smog, the provincial disaster management authority in Punjab has to date sealed 613 brick kilns, 2,148 industries and impounded 8,579 vehicles