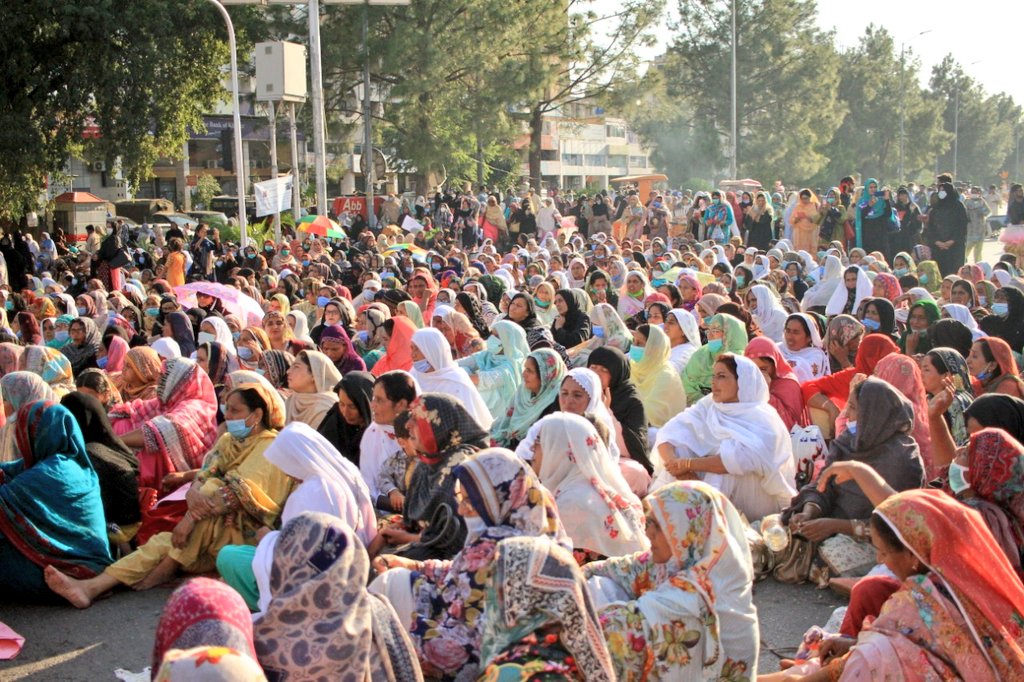 ISLAMABAD: After the government formed a committee to look into their demands of increment in salaries and improved service structure, the lady health care workers called off their protest outside the parliament in Islamabad on the seventh day.

Hundreds of women had been camped on the main thoroughfare in the federal capital since October 24. Their demands included uniform pay packages for lady health care workers, promotion, and gratuity for employees and security during the anti-poliovirus campaign.

In the last week, negotiations with the government had repeatedly failed, until Monday night when Ali Muhammad Khan, the state minister for parliamentary affairs, visited the protesters again and promised to have their concerns resolved.

Soon after a notification was issued by the ministry of parliamentary affairs.