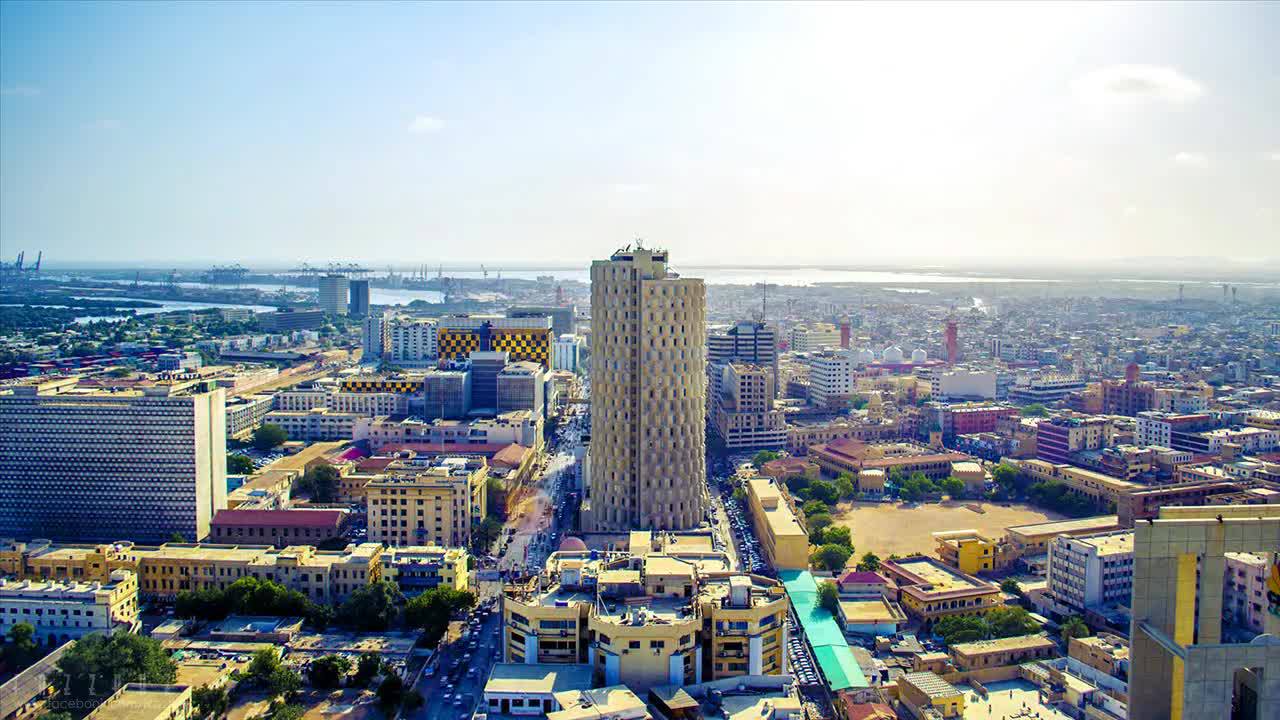 MAI KOLACHI, a sleepy fishermen village on the coast of Arabian Sea, is now Karachi. Today it is the world’s seventh-largest city and the biggest revenue generator for Pakistan. With its diverse ethno-lingual characteristics, it is home to at least 25 million people. But the ‘Paris of Asia’ in the yesteryears of British Raj, nowadays is no less than a ghetto and jungle of misconstrued constructions. Nothing is planned in Karachi, and its marvels as a perfect case of haphazard urbanisation.

To quote an observation of the Honourable Supreme Court, Karachi Branch Registry, which is seized with suo moto litigation on Karachi’s developmental ordeal, Chief Justice of Pakistan, Mr Justice Gulzar Ahmed remarked, “It seems everyone takes out their chunk and abandons the city.” The Justice went on to observe that “the Sindh government and the local bodies are enemies of the city”. So much so for what Karachi is today!

Before we go on evaluating the Rs 1100 billion Karachi Transformation Package unfolded by Prime Minister Imran Khan’s government, let’s peep into the epic of claims on Karachi.

Pakistan Peoples’ Party – whose second home was Karachi after Larkana during the heydays of Zulfiqar Ali Bhutto — wanted to build Karachi into Paris. But the constituency (Lyari) that elected two prime ministers Bhutto and Benazir, respectively, was devoid of drinking water and became a breeding ground for mafia and gun-runners.

The Muslim League of Prime Minister Nawaz Sharif wanted to run a Bullet Train from Karachi, but the city lacks public transport.

Even the ruling Tehreek-e-Insaf would have had the audacity to ignore Karachi, had it not become a major political stakeholder by winning a lion’s share of National and Provincial assembly seats. It is pitched against two adversaries: an aggressive Sindh government and an erstwhile politburo of MQM.

To make the mosaic more interesting there was a debate in the media on ‘federalising’ the city. No one knew for sure what it was all about! But as the Centre kept on threatening the Sindh government on scrapping the 18th Amendment, which by design empowers the provinces, Karachi’s plight and backwardness resurfaced in the limelight.

But the tables were turned by the Honourable Supreme Court of Pakistan. These days it monitors minutely the civic plateau and is quite conscious of its development. The suo moto hearing on Karachi’s plight has made a difference. It is now not easy to get away as the apex court had summoned all the stakeholders and authorities to listen to their side of the story in the mess that is called Karachi.

Karachi today is ugly and hard. But its resilience works, somehow. The circus of blame game has ruined it to the core. Gutters overflow, sewage is at a free-mix with potable water, hydrants mint billions of rupees from Karachiites, electricity is a luxury, and waste disposal an enigma, and public transportation is a missing word in its dictionary. Roads are filthy and full of pot-holes. No manicured gardens and public playgrounds, if any, are symbolic in essence.

No one owns the city but all stake their claims when it comes to reaping the booty, as rightly observed by the top judge. Its dilapi- dated infrastructure is a tale of a failed city. In such a scenario, the logical question is what will be the fate of Karachi’s new develop- mental package? Will it be implemented? If yes, then by whom? Are there any guarantors – and what is their credibility?

These questions can best be answered by looking at the nomenclature of the body that will see through this package. The Prime Minister has appointed Sindh Chief Minister as Chief of the Provincial Coordination Implementation Committee. This is seen by pundits as the first ray of hope in putting an end to skirmishes between the federal and the provincial governments, who had been at loggerheads all these years.

In other words, superior civil and military bureaucracy is at the helm of affairs; and the least political involvement is either of the chief minister or the Mayor. This, many says, has revived hopes that Karachi will find its glory – if the committee goes by the book and the deal is implemented in letter and spirit.

Nonetheless, the package, unfortunately, seems to have hit snags. Announced in September 2020, it is yet to be approved from the Economic Coordination Committee. The ECC in its meeting on Dec 17 again deferred its approval without citing any tangible reasons. Insiders say the federal government faces cash constraints.

Out of the Rs1.1 trillion package, the federal government would contribute Rs739 billion and the remaining Rs372 billion will be generated by the Sindh government.

This allocation chronicle has drawn draggers. The ruling parties at the centre and the province have locked horns. They are busy in point scoring and are unmindful of mapping a way out to realise what could turn out to be Karachi’s, Marshall Plan.

Issues like water, electricity, sanitation, encroachments, infrastructure and transport, thus, sit in limbo. Plus the multitude of Cantonments, Housing Societies (both fake and namesake) as well as a plethora of and Developmental Authorities are little bothered, as they have their own axe to grind.

The prime minister himself is conscious of bickering in the woods. He admits that different land-owning agencies are operating in Karachi, and working for the city’s uplift is not going to be an easy task. Issues of jurisdiction or land control are likely to keep authorities bogged down in litigation and undesired explanations.

Moreover, there are mafias that act in the disguise of public contractors, and their only agenda is to fleece money by delaying projects; and then reinitiate the same with the help of cahoots for an exorbitant tag.

The Karachi Circular Railway is a perfect example of this quarrelling. The 60-kilometre track has been out of service since 1999. Plans to revive the commuter rail service off-and-on had ended up in dogfights between authorities over jurisdictional affairs. Petty issues such as removing encroachments and making the contractors fall in line are too messy to address in real-time.

Despite clear cut standing orders of the Supreme Court to revive the track before the end of 2020, little progress has been made to this day. Pakistan Railways in collaboration with the Sindh government and the Karachi city’s administration was able to retrieve only a 12-kilometre portion of the track from Karachi City Station to Manghopir.

Moreover, it is no less than a joke that four trains – with less than six bogies — are plying on the 12-km track and that too after an interval of three hours each. Irrational to even imagine how can authorities consider it as a solution to Karachi’s 15 million work-force commutation — which is devoid of a public transport? Look at Mumbai and Tehran, or even the tiny Tbilisi in Georgia, and we are shamed! Karachi Package has allocated Rs 300 billion for KCR revival, and the pace of work is a laughing stock, to say the least.

Initial planning estimates say that the Karachi Transformation Plan should be completed in the next three years. In other words, before the PTI government completes its tenure, the Karachi package should have become a reality on the ground. But that is unlikely to happen primarily owing to squabbling between political stakeholders.

But there are fissures deep inside the party. PTI MNA Najeed Haroon, who enjoys impeccable credibility and the only one who hasn’t drawn his entitled salary as a parliamentarian, had submitted his resignation in protest. He thinks nothing is moving forward, and Karachiites are being taken for a ride.

MNA Alamgir Khan, who got fame from his ‘Fix It’ cleansing campaign in Karachi, sits fingers crossed. His constituency from where Prime Minister Imran Khan initially won in Karachi is in tatters! Heaps of garbage are all around in his constituency, and the KCR track has duly encroached.

Another proactive MNA and televangelist Amir Liaquat Hussain has taken a backseat for reasons of political exigency and is seen more preoccupied in countering claims from his erstwhile colleagues in the MQM.

Then there is the PPP battery comprising of provincial ministers Saeed Ghani, Syed Nasir Hussain and Murtaza Wahab who leave no stone unturned in indulging in point-scoring business, and are seen flanked with PPP Chairperson Bilawal Zardari and Chief Minister Murad Ali Shah in negating anything that the PTI pitches for Karachi. So much so for coordination on the Karachi Package!

At the state level too, there is the inertia of sorts. There is severe confusion as to from where funds shall be generated for the Rs 1.1 trillion mega deal. The federal government already sits on a budget deficit with little to spend in the developmental context. This is why the government is pinning hopes to draw money from the Supreme Court fund on Karachi. It wants the apex court to allow the use of some of the Bahria Town Settlement Fund (up to Rs 125 billion) during the next three-years.

Likewise, the Rs739 billion target is all up in thin air as chunks are supposed to be generated from the Public Sector Development Programme (PSDP), public-private partnership as well as financing from foreign sources. To describe in simple words, the cart has been put before the horse.

To give the devil its due, the Karachi Transformation Plan if implemented will change the face of the metropolitan. It is ambitious but realistic. In the first phase, the Centre and Sindh government will work on the Greater Karachi Water Supply Scheme, also called K-IV.

The second riddle is more serious and involves a lot of administra- tive muscles. Removing encroachments on nullahs has always drawn ire. This is why the government has mandated the National Disaster Management Authority (NDMA) to cleanse Karachi of illegal encroachments. The good point is that the NDMA is making inroads.

The next meticulous job is of reinstituting the city’s sewerage system and solid waste disposal. And then last but not the least is addressing public transport.

Notwithstanding the good intentions of the federal government, the Karachi Package is in need of stringent implementation muscles and viable funding avenues. Both are lacking at the moment. The need of the hour is to raise an indigenous consortium of local funders from public-private stakeholders and mandate them under the Supreme Court of Pakistan. Chief Justice Mr Justice Gulzar Ahmed, a proud Karachiite, knows the inside-out of his city. It is only under his watchful eyes and hammer that Karachi could transform for good.