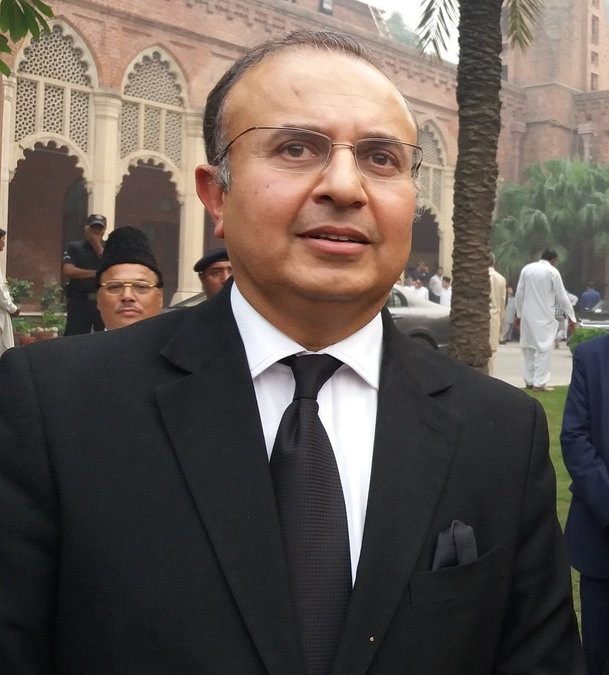 Justice Syed Mansoor Ali Shah is afraid that unlawful procurement of information about three London properties through unlawful surveillance of Justice Qazi Faez Isa and his family is deeply worrying and shakes the foundation of a democratic society based on rule of law.

Justice Shah regrets in his 65-page dissenting note on Justice Isa’s petition challenging the presidential reference against him, which was issued on Wednesday. He held that the issue of unlawful surveillance and invasion of privacy of the petitioner judge and his family is far more critical and grave than the information procured by the Assets Recovery Unit (ARU).

It is a naked threat to personal liberty, privacy, and dignity guaranteed to the citizens under the constitution, Justice Shah fears while highlighting the gravity of the constitutional violation committed by the ARU or its chairman Mirza Shahzad Akbar.

Justice Shah leaves it to the chief justice to decide about initiating appropriate proceedings for a thorough inquiry so that the right to fair trial of the persons involved in publicizing the reference and the allegations made therein might not be infringed. This will also protect the prestige, honor, reputation, and integrity of the judiciary, he says.

Justice Shah also observes that Law Minister Dr Farogh Naseem and Prime Minister Imran Khan were responsible for undue haste in processing the reference by the ARU chairman and its legal experts, the officials of the FBR, FIA, and NADRA. Also, since the buck stops with the prime minister in a constitutional parliamentary democracy, the major burden of these malicious actions fall on his shoulders, who also happens to be the leader of a political party that filed the review petition against the Faizabad sit-in judgement with an astonishingly unique prayer seeking the ouster of the petitioner judge for expressing an independent view.