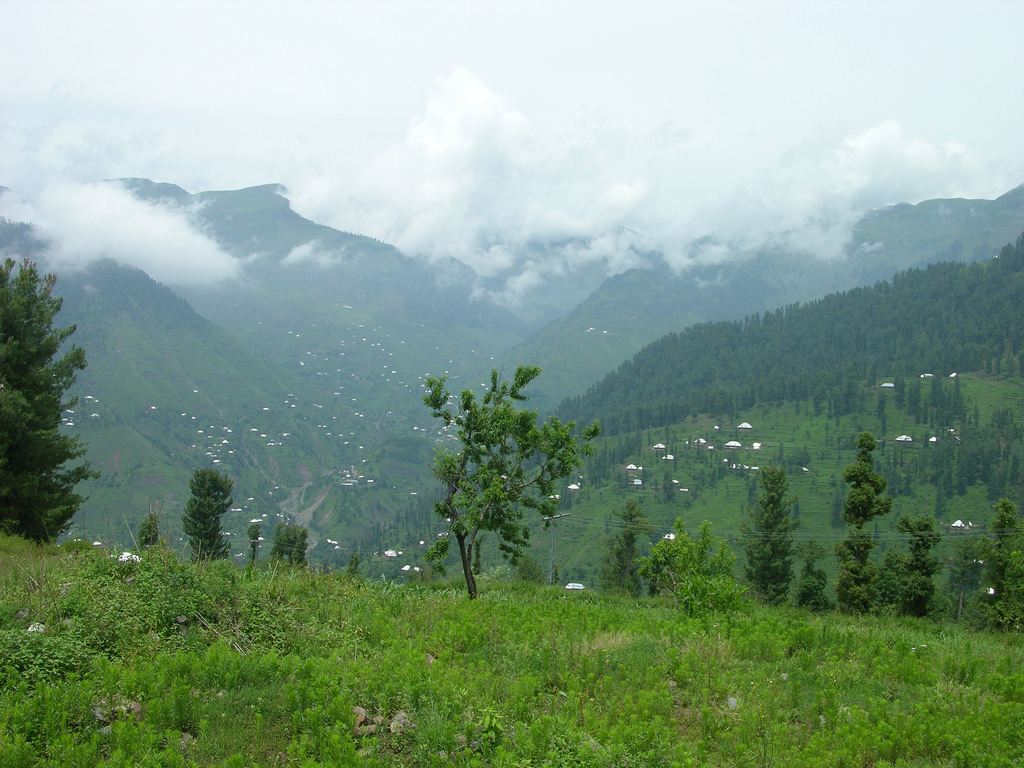 Tucked away in the mountains of Azad Jammu and Kashmir is a hamlet with hundred per cent literacy and more than one MPhil degree in every household on average.

Azad Jammu and Kashmir are definitely backward in development but it is first in Pakistan in terms of literacy. However, the story of Jabbi Syedan, a village of about five hundred and fifty households in district Haveli, named Jabbi Syedan, is inspirational even for Azad Kashmir.

The beautiful district of Haveli, also known as Forward Kahuta, is an area where life thrives in the shadow of fear because the whole district is bounded by the Line of Control (LoC) on three sides so that no point in the district is more than five kilometres away from it.

When the LoC hots up, the village can come under Indian shelling from three sides, making people miserable. Life here is also very difficult because temperature stays below freezing for four months in winter.

Due to the tense situation of the Line of Control and unavailability of facilities, the people also face difficulties on a daily basis. Despite this, this village in this district tops Pakistan in educational achievement although there is no high or middle school here. There was once a primary school for boys and girls, but it has long since closed down.

The high school in this area is located about five kilometres away in another village named Soli. Despite all this, everyone of this village is educated, thousands of villagers are employed and also hold high positions in the government sector in Azad Jammu and Kashmir.

This village has a unique position in Pakistan in two respects: The literacy rate is 100 percent and the crime rate is zero. In this village of five hundred and fifty families, mosques have played a key role in promoting literacy.

Jabbi Syedan has six mosques and one madrassa. Jamia  Masjid of this village is one of the earliest Jamia Masjid in the district. The madrassa has hundreds of students and Hufaz who are associated with mosques and educational institutions across the district teaching Qur’an.

The villagers are highly educated and involved in agriculture and cultivating fruit trees and vegetables. The egalitarian culture of the village means even those holding high government offices do the housework themselves. The people teach Qur’an to young children in their own homes.

There are women with degrees like MA, BEd, MPhil and MSc in every home. The majority of men and women are employed and most of these employees are associated with the education sector.

All the families in this village belong to the Bukhari lineage of the Sadat family.

To mention the deprivations of Jabi Syedan and the surrounding area, more than half of the villages are without a paved road. The four-kilometre long paved road forms a circle connecting the villages on two sides. Interestingly, half of this road, which is about two kilometres long, was built by the local population on their own.

“We have our ancestors to thank for the love of education permeating the village”, says 84-years-old Syed Zainul Abidin Bukhari, a resident of the village.

Syed Ali Raza Bukhari, a resident of Jabbi who is a member of the AJK Legislative Assembly, says that people used to travel to Poonch for education in olden times. “That city of Poonch is under Indian occupation now. It was far away from here, travel was difficult, resources were scarce but large numbers of villagers went there to receive education.

“Education of one generation tends to also educate the later generations. Due to this continuity, the literacy rate is 100 percent today”.

Former Chairman Azad Jammu and Kashmir Textbook Board Abid Hussain Bukhari also belong to the same village. He says, “There is no doubt that our ancestors belong to a scholarly and literary family and we have inherited the love of knowledge and awareness of its importance.

“Now the time is for scientific and literary development. There was a time when this was not the case. During this period, teachers from our villages played an important role in creating an academic environment throughout the district”.

Syed Riaz Haider Bukhari is serving as Assistant Inspector General (AIG) in the Azad Kashmir Police Department. He said, “Our ancestors were more inclined towards education and literature. The second major reason is that securing government jobs was considered necessary here because there was no alternative, so people remained attached to education”.

“Another important reason is that Poonch city was the cradle of knowledge and literature in its time. From there writers like Chirag Hassan Hasrat, Prem Nath Bazaz and Krishan Chandar came forward and there were government and non-government schools where our ancestors were educated. They created a culture that educated their descendants without any discrimination”.

“At the same time, the people of Jabbi Syedan stayed away from politics and focused on getting government jobs, as education was necessary to get jobs, therefore education was given priority. Apart from this, people here also used to write poetry. They were particularly fond of literature due to which the tendency to read and write increased.”

The writer is AJK based journalist.