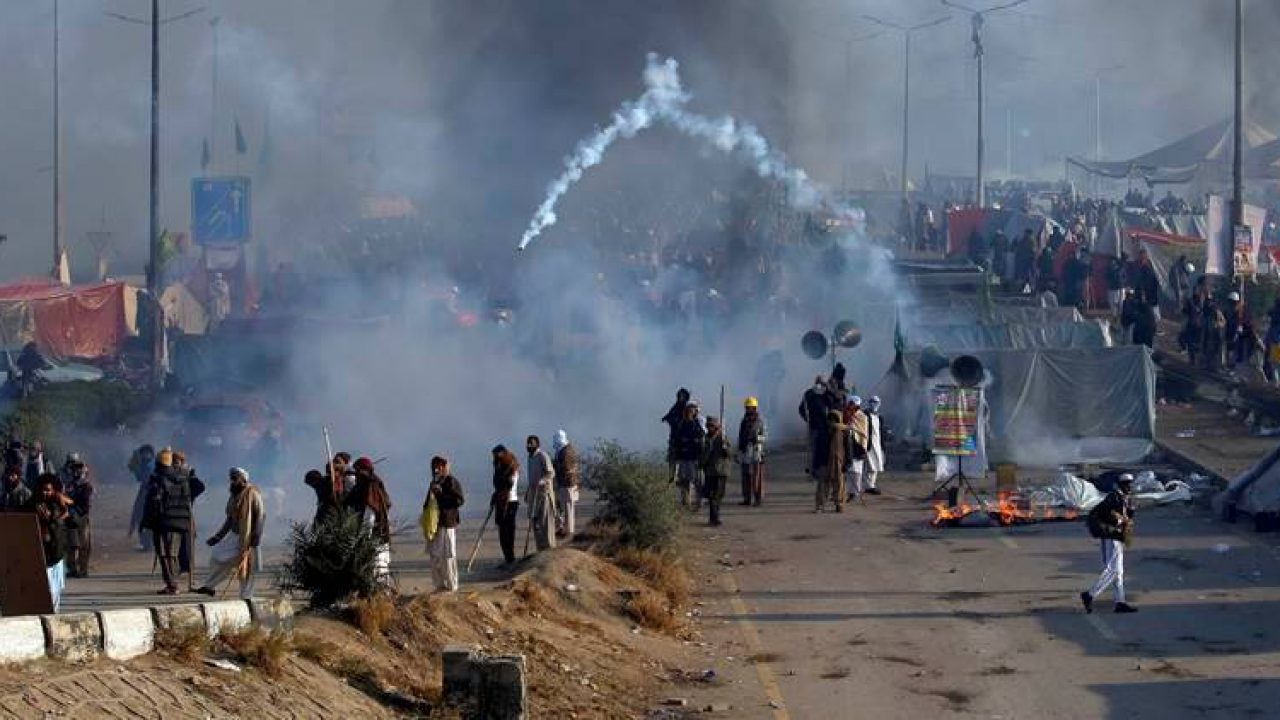 Today, one of the policemen died who was suffering from shortness of breath during a tear gas shelling by government police on the sit-in of government employees in Islamabad yesterday.

According to police sources, the deceased policeman Ishtiaq was posted at the Special Branch of Islamabad Police.

Tear gas shelling was carried out during a protest by government employees at China Chowk in Islamabad yesterday, which affected Ishtiaq.

According to police sources, Ishtiaq had informed about the difficulty in breathing on the wireless at 7 pm last evening.

Police sources also said that Ishtiaq was rushed to the polyclinic hospital due to respiratory problems, where he died this morning.