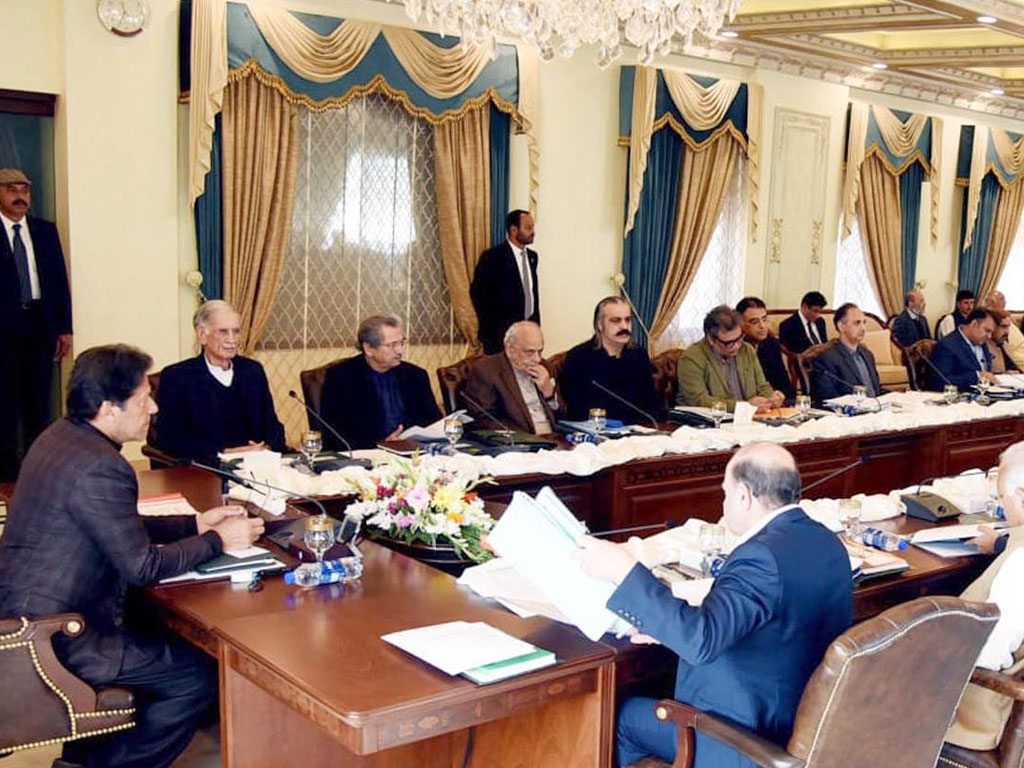 Pakistan’s commodity market is the world’s best place to make a quick buck – at least if you do not have too many scruples about gaming the system. Toothless regulatory regime, institutions working at cross purposes, and eager accomplices in the corridors of power throw the field wide open to anti-competitive practices.

This leaves the consumer reeling under the burden of price fixing, bid rigging, and other shady practices to satiate the greed of a few unprincipled tycoons. This may be a theoretical rant for another time and place but for Pakistan, this is the reality of life.

Experts say a price increase of PKR 1 per kg translates into a PKR 450 million revenue jump for sugar millers. That sugar prices rose by PKR 18 per kg between February and September 2019 means a revenue surge of PKR 40 billion for the sugar industry revenue.

Yes, this is how much money our sugar barons raked in over this seven-month period over and above their already healthy profit margins.

Not one to take it lying down, the government cried foul. The finger was pointed at CCP (Competition Commission of Pakistan) for failing to check cartelization and questions were raised over the competence of its leadership. Advisor to PM on Accountability & Interior Shehzad Akhbar blamed the then chairperson of CCP Vadiyya Khalil for not properly pursuing the cases against cartels in courts.

Khalil has since been shown the door, and Rahat Kaunain Hassan

– who boasts prior experience as Chairperson CCP – has been brought in to lead CCP. Over the past thirteen years, the CCP has uncovered a series of deceptive market practices and cartels but its exertions have had no success in discouraging anti-competitive practices.

The penalties imposed by the CCP on various market players over this period add up to PKR 27 billion. However, every last one of the offenders has been able to mount a successful legal challenge to the CCP ruling, going virtually scot-free. Then they upped the ante by challenging the legal basis for the CCP’s existence.

The government prodded the Attorney General’s office to take up more vigorously the matter of stay orders granted to various industries by the higher courts of the country.

Late last month, the Lahore High Court dismissed a long-pending sheaf of petitions filed by a bevy of industries challenging the establishment of the CCP and the competence of parliament to enact a law on the subject of competition.

The initial petition before LHC (Lahore High Court) against the

CCP had come from the LPG (Liquefied Petroleum Gas) Association of Pakistan in 2009 when the regulator first started taking action against price manipulation. On 27 May 2009, a single bench granted a stay to the Association and suspended the CCP proceedings.

The LHC bench in its recent order ruled the Parliament was competent to legislate on the subject of trade, commerce, industry and intercourse so as to keep it free throughout the country and in the interest of a competitive marketplace.

The bench also ruled the show-cause notices and proceedings by the CCP were valid as the adequate legal basis for these lay in Section 62 of the Act.

Egged on by the government’s enthusiasm, the CCP recently conducted a probe into the affairs of the sugar industry. The investigation found that PSMA (Pakistan Sugar Mills Association)

It uncovered evidence to show that this shady endeavor was spearheaded by a senior officer of JDW Sugar Mills Group, owned by Jahangir Khan Tareen.

The report goes on to show the millers worked behind the scenes to influence the PTI government to allow the export of 1.1 million tons of sugar, which also caused a 48 percent increase in the prices.

This is the second time in a decade that the CCP has called out the PSMA as a cartel. This time around, however, the nature of the “crime” appeared to be more serious.

The inquiry report mentions the name of Muhammad Rafique, Group Director Finance of the JDW group, at least eighteen times.

The report notes that Rafique was nominated by PSMA in its AGM dated 21 October 2012 as the focal person for coordinating sugar stock positions. The CCP also found the JDW group’s role in coordinating activities for the export and local stocks management.

A series of documents impounded from the premises of JDW group titled “Co-Ordination Committee PSMA-Punjab Zone” indicates these committees were formed for periodically coordi- nating stocks and sales positions.

The CCP said that JDW Group had the highest share in terms of production at 16 percent, followed by Almoiz Group with a share of 7 percent. Other producers include RYK Group with 6 percent, and Tandlianwala and Shakarganj each with a 5 percent share in sugar production.

The CCP concluded that no mill or group of companies held a dominant position to act as price leader so they colluded through the PSMA to dictate prices.

The CCP has followed up the probe with show cause notices to PSMA and its eighty-four members. The CCP’s inspections seem to suggest these anti-competitive activities have continued since at least 2010.

The PSMA’s platform is also being used by member sugar mills to collectively make commercially sensitive decisions such as reduc- tion in domestic stocks or supplies of sugar, leading to an increase in or maintenance of desired price levels in the relevant markets, says the report.

In the crushing season 2019-20, 15 sugar mills in Punjab acted in concert to delay sugarcane crushing, leading to reduction in quantity supplied in the market. In Punjab, forty-five sugar mills used PSMA’s platform to share business sensitive information with each other.

Collusion over government’s bulk purchase tenders is another area where sugar barons have been caught on the wrong side of the line. the CCP probe found the PSMA and sugar mills divided quantities of sugar in tenders issued by Utility Stores Corporation on various occasions.

The CCP found nineteen mills in Punjab to have violated the Act with reference to a tender in 2019, while thirty mills from all over Pakistan have been issued show cause notices for similar collusion over an earlier tender.

The PSMA and its members have been provided an opportunity to plead their case with reference to the anti-competitive and unfair practices uncovered by the probe.

Rahat Kaunain Hassan, who is leading the CCP at this juncture, imposed penalties on various industries to the tune of PKR 21.63 billion during her previous term. Compare this with the paltry PKR 1 billion in racked up in penalties imposed over the last seven years. While the amount of penalties imposed may not be a perfect measure of effectiveness, it does reflect work done and enforce- ment action taken.

One circumstance that renders the considerations almost moot is that CCP’s orders involving penalties worth billions of rupees are pending with the Competition Appellate Tribunal (CAT), the forum that reviews the Commission’s cases on merits and procedural fairness.

Mandated by section 43 of the Act, CAT has been dysfunctional since January 2019 because the appointment of its two permanent Members is still pending although a chairman has been appointed. Given the high priority PM Khan attaches to busting cartels, it is to be hoped his administration would resolve this matter sooner rather than later.

Nonetheless, the CCP chair sees no reason why pendency before CAT should deter enforcement. “While the true impact of the decision may only be visible after judicial review, the Commission must carry on its work”, she told TTI in a recent meeting. “What falls within its domain and what is due”.

On the jurisdiction of CCP after 18th Amendment is in place, she said the CCP’s position was that there could be no effective regula- tion of trade and commerce in Pakistan unless competition in trade and commerce is regulated at the national level.

Hassan said the governments need to be sure never to engage associations in negotiating prices or encouraging directly or indirectly any such practice which may subsequently be exploited by the associations for exchange of sensitive data. In the past the Commission has cautioned on such aspect through its policy notes.

Hot on the heels of her giant slayer sugar inquiry, the old cartel buster has set in motion a similar probe into the wheat sector. All things considered, stars may finally be aligning for the CCP to take on cartels with success, bringing goodness to the markets and relief to the consumer.

There, however, remains one potential roadblock that could stand in the way of the law taking its course: political influence. Fat cat businessmen who indulge in anti-competitive practices boast highest-level access to power corridors – precisely why all past efforts to bust them have run aground.

In the final analysis, the success of any anti-competitive action remains hinged on political will.