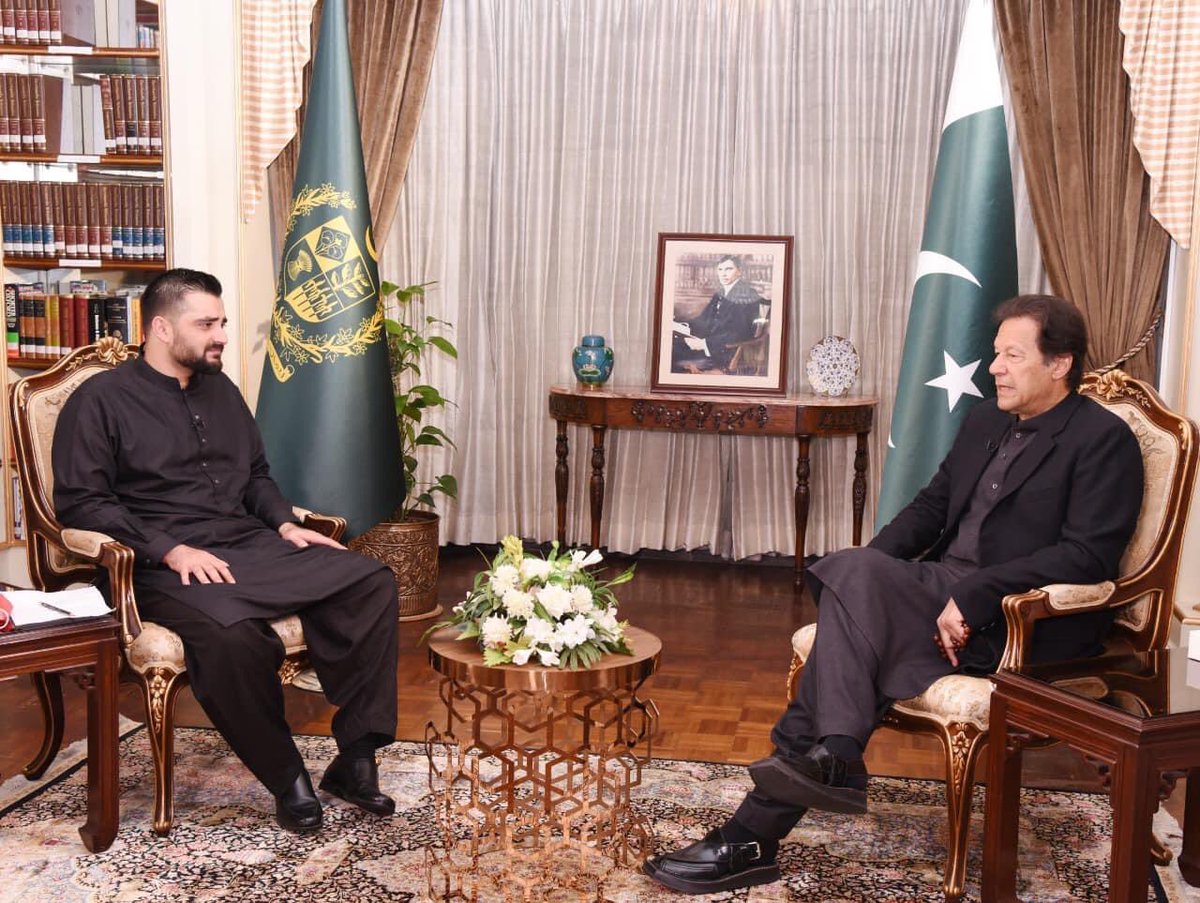 Famed actor Hamza Ali Abbasi is on a break from showbiz, but he just interviewed Prime Minister Imran Khan for a private news channel.

The ruling PTI also shared a picture of the two from the interview with the Pakistan flag in the background. No further details were shared.

Abbasi is currently not accepting acting projects since he is on a path towards spirituality and is writing a book about God.

The actor had earlier announced on Twitter that he is “in the process of writing a book….obviously it, ll be about God” which will be ready by June 2021.

“Hoping to be done by June 2021 Insha Allah. Will be a little inactive on social media bcz of that,” he said.