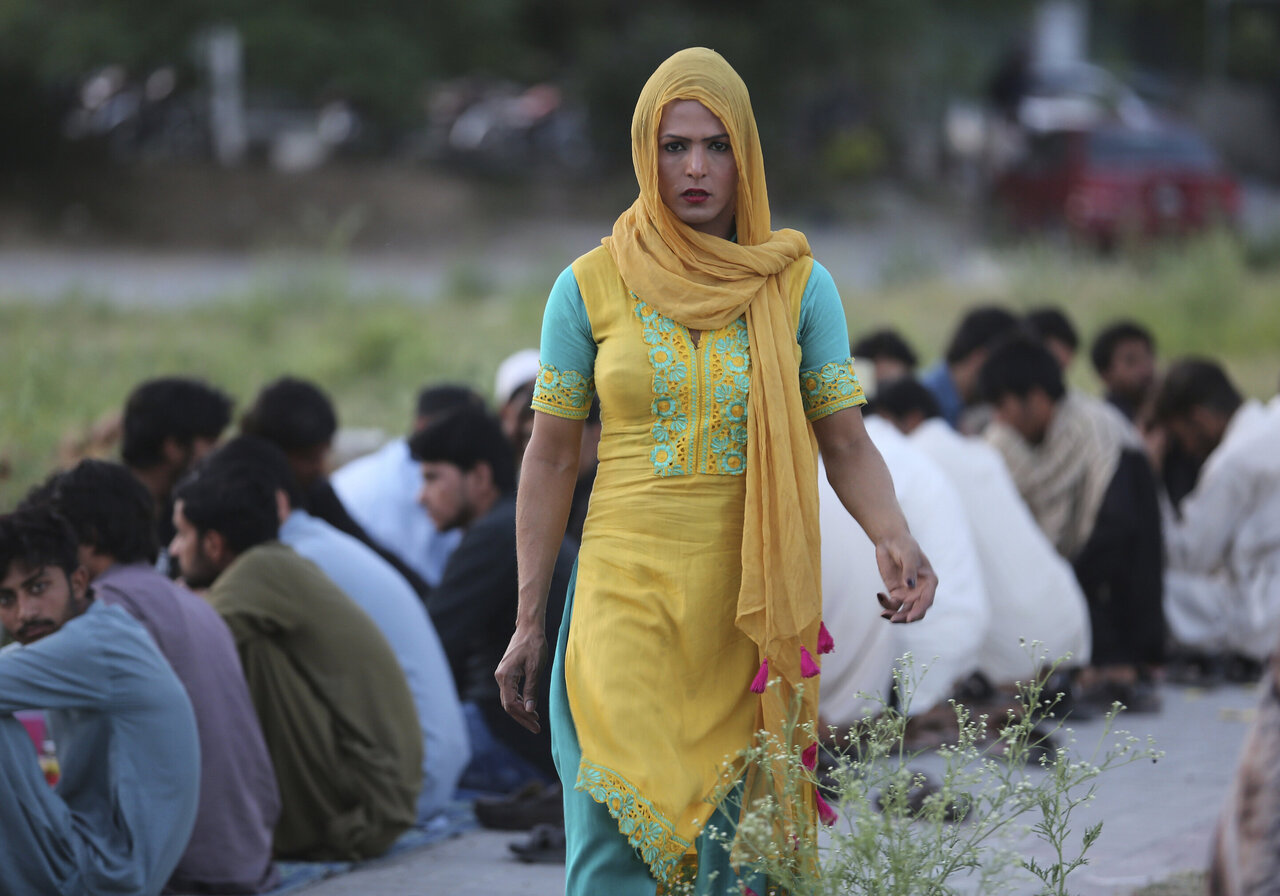 Do I have my mom’s eyes and my dad’s nose or is it the other way round? And why don’t they ever come to see me? “Would they have protected me – as other parents pull their kids away when they see me approaching with Rani Baji?

While most of us embark on a journey of self-discovery trying to wake up with a sense of purpose each day, there are people who wake up to an existential crisis centered around their identity. Even though they cannot find the answers, they are harassed because of it.

Their bruises heal with time, but the trauma becomes a part of them and they become numb to words which once cut them. They feel nothing when people avoid them like the plague. They are called ‘intersex’: humans born with any of several variations in sex characteristics that “do not fit typical binary notions of male or female bodies”.

When Shezadi was born, her family’s celebration turned into mourning within seconds – as the intersex baby had brought disgrace upon the entire family by being born.

The only person who did not scorn her was her mother who wept a tear of joy when her eyes met with Shezadi’s angelic hazel eyes. The strength of motherhood made her feel nothing but boundless love for her child.

The mother was soundly beaten as the baby was handed over to a servant with the command, “It is up to you whether you dump this thing in the trash or give it to one of those hijra beggars but just get this filth out of my sight.”

“Once I decided to go and beg at my own house just to see my mother and siblings but my fathers’ hate for intersex scared me”, says Shezadi wistfully.

“I was 13 years old when I mastered my passion for dancing, and it was that very month I performed my first mujra,” says Shezadi wiping a tear.

“It was that day I was exposed to all the horrors of the world. Middle-aged and older men looked at me with such wicked lust in their eyes and some came closer to me like hungry dogs.”

“In the middle of the dance I decided to leave the room and just then one of them violently grabbed me and threw me on the other men who seized my body and starting tearing off my clothes. I wept, wailed and screamed in horror as Rani baji came in asking them to leave at once. They did, but each of them spat on me before doing so. My friends rushed to hug me and helped me heal my bruises.”

“That night, I decided to run away, not caring where, for I just couldn’t stay. The walls, the doors, the music from the other rooms reminded me of what had happened and it was unbearable”.

Shezadi took a deep breath and covered her face with her hands. After a sip of water she continued, “I’m so happy I made that decision. That night I crept out of the house and went to my servant’s house. I begged him to let me stay for a night and take me to my actual house.

“After hearing what happened he said, ‘You have become impure and I cannot tolerate impurity anywhere near my house but I’ll take you to your parents’ house anyway and leave you at the doorstep and whatever happens afterwards is not my problem.’ I thanked him profusely.

“On our way there, he didn’t talk to me once but told me to follow him at a distance so no one would notice I was with him. I was hurt but I complied. We reached my house, a rather large mansion-like those in the movies.

“I could hear chattering in Pushto. My servant left me and I rang the doorbell. A very beautiful woman answered it and somewhat seemed familiar.”

That woman was Shezadi’s mother, who says, “From the moment our eyes met I knew it was my precious little angel. I hugged her and cried ‘Mera bacha! Mera bacha!’

“I brought her in and knew now that I would not let her go even if it cost me my life. Yes, there was a complete family drama, a lot of breaking and bashing, slapping and punching, but I did not let go of my child’s hand as she watched everything in horror.”

Shezadi says she offered to leave right away if only they would stop making her mother cry. “The next day my father called for a lawyer and my parents were divorced. This day my fate changed completely.”

The mother moved to her parents’ house taking Shehzadi with her. “We were welcomed there with open arms and my siblings decided they would tutor Shezadi and that their children would be her friends.”

Shehzadi now has a Masters’ degree and works for the social rights of the intersex community – but hers are circumstances that are the exception rather than the rule. Thousands of intersex individuals continue to suffer what Shezadi escaped from.

Islamic jurisprudence accords full rights to intersex individuals. Under the British colonial rule, however, being intersex became to be viewed as a deviance. Social inertia continues to hinder progress to a society where feelings of compassion and respect toward the intersex can be translated into concrete action to alleviate the sufferings of this marginalized community.