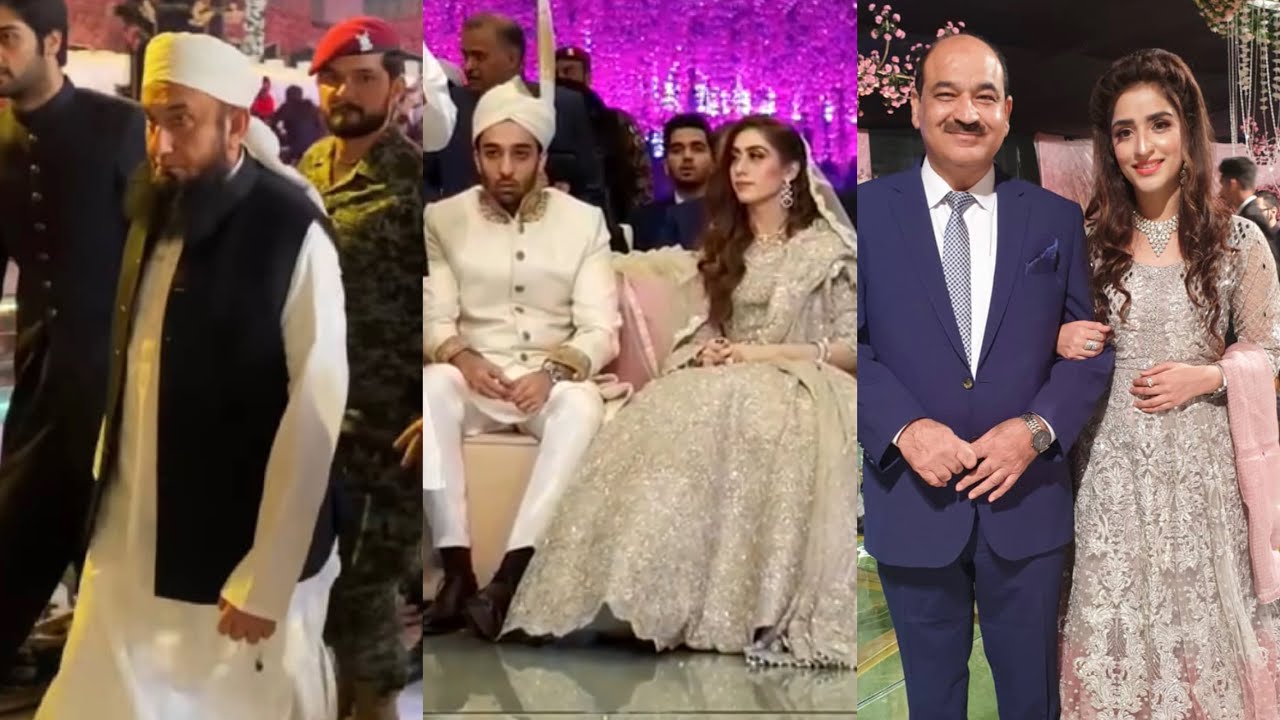 Every so often, something happens to remind us all over again that every system in Pakistan favours the rich in every possible way. This time, it was the obscenely lavish celebration of nuptials of the son of a bakery and deli king with the daughter of a tiles tycoon.

The wedding between the grandson of the founder of Jalal Sons Limited and the daughter of the Director of Master Tiles that went viral in the second week of November took place in the suburbs of Lahore. Videos and pictures from the wedding went viral on social media and several people dubbed it “the 2-billion-rupee marriage”.

The FBR (Federal Board of Revenue) promptly ordered a probe into the various contractors who rendered services at the event. And sure enough, the vendors to the PKR 2 billion event are not even registered to pay their taxes.

The wedding took place in Rosa Blanca Country Club Lahore. The structure for the function was built in the sprawling lawns of the club. This club was paid PKR 150 million and remained booked for 120 days.

According to SECP records, Rosa Blanca Country Club is a privately owned company registered in 2018. The FBR seems to have never issued an NTN certificate to any company by that name. There is strong reason to suspect that the entity is not paying taxes at all.

Proceedings for their compulsory registration have been initiated by Corporate Tax Office Lahore, and their audited accounts have been requisitioned from the SECP.

Through anonymous physical inquiry, it has also transpired that the actual business is being carried out by the United Events and Services, as the receipts and bills are issued under the name of United Event City, described as a subsidiary of Rosa Blanca Country Club.

According to the FBR, Bahria Grand Hotel and Resort was booked for Waleema. FBR is investigating the proof of payment received and tax deducted as a withholding agent for FBR and Punjab Revenue Authority (PRA).

Décor and event management was done by the leading companies. According to the inquiry report KS Concepts managed Barat décor and was approximately paid around PKR 15 to 20 million. The exact price tag for their services is still being probed.

Despite preliminary efforts, FBR could not trace the person behind KS Concepts. Anonymous physical inquiries revealed that Rosa Blanca, KS concepts, and United Event City are associates and neither is paying any taxes.

Décor for Barat was done by Qasim Yar Tiwana who was paid approximately PKR 15 to 20 million. According to RTO Rawalpindi, he is a most high-profile event manager who declared PKR 216,743 as income from business in the tax year 2019 and is not a member or partner in any other company. Business capital declared is PKR 500,000.

While Sundas Mustafa of whimsical parties, lesser-known than QYT has declared PKR 9,500,000 decoration related as business and declared PKR 18,578,870 in income.

Whimsical was paid PKR 10 million for décor and fireworks for Barat and Mehndi.

The most high profile photo studios and videographers like Mobeen Studios, Osman Pervaiz Mughal, Irfan Ahsan, and Ahmad Fayyaz photography made millions from this wedding alone, but have declared paltry incomes.

On the other hand, a serving FBR official who spoke to TTI on condition of anonymity termed the probe a wild goose chase. “FBR has made a fictitious report of Elite Wedding”, he said.

“It has no proof of a PKR 2 billion expenditure, and no paper trail of millions paid to service providers”.

He points out how FBR has been unable to even trace some well-known service providers, adding, “Pakistan’s tax problems are beyond weddings. Taxation is truly captured by the Elites”.

The officer said that “The report prepared by the corporate office of the FBR on the wedding is based on assumptions, which shows how tax officials are working in haste”.

“Lavish weddings are an integral part of our economy; billions are spent on marriages every year. The rich book huge marquees and hotel and resorts just to show off their status in Pakistan. The FBR should bring them under the tax net according to the law instead of playing to the galleries”

FBR sources say Master Tiles has a record of tax evasion. In 2015 FBR Inland Revenue and Intelligence made an investigation of 100 kanals farmhouse in Bahria Town Lahore purchased for PKR 250 million by three directors of Master Tiles Company. It was found that three residential houses were built on this farmhouse by these Directors at a cost of about PKR 423.60 million.

Background interviews reveal FBR could be sitting on actionable data involving millions of Pakistanis while the country has one of the lowest Tax to GDP ratios in the region.

Officials say FBR has acquired authentic information related to income and expenditures of all filers and non-filers. Among these are one million filers claiming to have non-taxable income although evidence to the contrary exists.

More than 3.5 million NTN holders and 7.4 million wealth taxpayers, both of who are required to file tax returns under the law, are failing to do so. More than half of the over 100,000 registered companies and over 100,000 STRN holders are not filing returns as required under law.

It is increasingly clear that tax evasion is ubiquitous among the ruling elite. The open letter from former chairman FBR Mr. Shabbar Zaidi is evidence enough that the FBR is in the clutches of mafias existing in and outside of the FBR.

In his letter, Shabbar Zaidi explains his reasons for failure while pointing out the “state-sponsored corruption” of the ruling elite. He states that the ruling elite sitting in Parliament does most of his business activities in undocumented sectors like agriculture, textile, real estate, and sugar. Their wealth statement does not match with their lifestyle.

Says Dr. Muhammad Iqbal, a former member policy at the FBR: “The neoliberal or free market economic system being followed in Pakistan promotes elite capture in all facets of the economy and tax system is no exception”.

Tax structure is full of mechanisms and modalities that operate in favour of the big taxpayers and put small and medium enterprises at a disadvantage. Small taxpayers lack the lobbying and advocacy power that big businesses can wield with ease.

Dr. Iqbal says, “Concessions are sought and achieved in the guise of laudable objectives such as export promotion and consumer support but end up further enriching the already affluent segments. All tax incentives and concessions are designed in a way that only big taxpayers can benefit from these.

“Even if the tax machinery tries to go after elite tax dodgers the efforts are set to naught by launching legal challenges through expensive and best counsels adept at exploiting legal loopholes and technicalities in law and procedures”.

Former Chairman FBR Dr. Muhammad Irshad says, “Since its inception, the major power players of Pakistan were elites or the famous 12 families. Elites don’t pose a threat to society as long as the government machinery is working effectively.

“Unfortunately, in Pakistan this culture transformed into a threat when the economic elite captured the parliament and started moulding the economic laws and policies especially tax laws and policies to protect their personal interests. For instance, SROs are issued to allow the items of elite and immediately taken back after delivery of those items”.

He is of the view that with the strengthening of democracy, the sway of these elites has waned to some extent. This can be validat- ed from the fact that in the previous government the SRO and exemption culture was almost eliminated.

In other words, tax evasion at the policy level due to elite capture has gone down. On the other hand, weak tax machinery is still promoting tax evasion through underhand means such as money laundering, under-reporting, etc., and ultimately giving rise to a new type of elites, or in layman’s terms, mafias.

Some will nevertheless lament that Prime Minister Imran Khan’s Pakistan Tehreek-e-Insaf (PTI) led government failed to deliver on its promise of an autonomous, independent, and friendly FBR during the two years of its rule.

Our tax machinery shows no signs of developing a proactive approach to stopping tax evasion in the country. Its action in reactive mode based on anonymous reports often leads to allega- tions of political victimization.