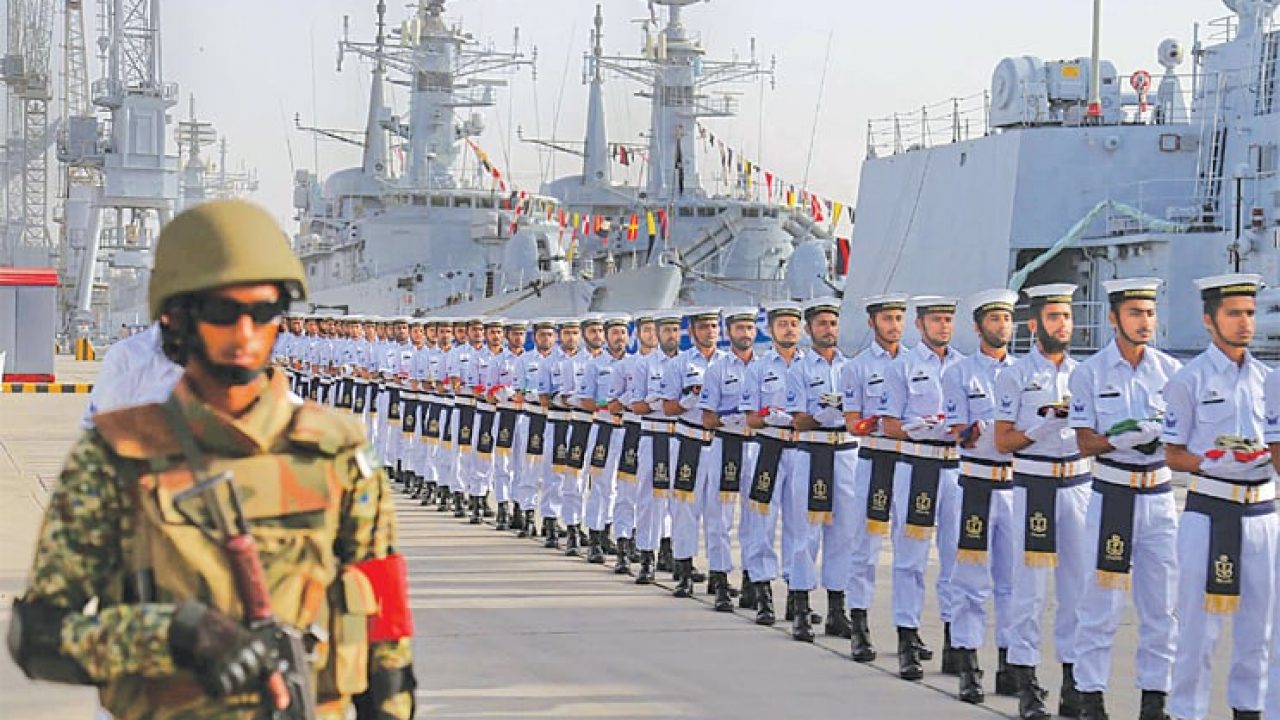 Pakistan Navy embarks upon Exercise AMAN – 21, which is the seventh in ‘AMAN’ series and has been conducted biennially since 2007, with one exception in between. In the first exercise, 28 countries participated and this number since then has steadily been increasing, which is a good measure of its success. It encompasses basic operational activities and procedures common to all navies and serves as a unique opportunity for all participants to share ideas and learn from each other’s experiences.

This year’s exercise is being conducted in environments where Pakistan is in the thick of a hybrid war, waged on it from multiple directions, by a ‘syndicate of sworn enemies and pretentious allies’.  Resultantly we are faced with serious national security challenges, internally and externally. The observation ‘War is more than a true chameleon that slightly adapts its characteristics to the given case’, made by Prussian military philosopher Carl von Clausewitz nearly two centuries ago, couldn’t have been more pertinent to Pakistan today than ever before in its history of over seven decades.

The contours of this new threat had started to become discernable in the last few years and bear a direct relationship with a chain of regional and extra-regional developments, namely, the US’ pivot to Pacific, its strategic partnership with India against China, CPEC accord, and it’s potential for Pakistan’s economic development as a game-changer, fast-tracking of US agenda for wider recognition of Israel in the Muslim world, the perusal of US’ unfinished agenda of weakening a string of countries on its list in the Muslim world after Iraq with a clear focus on Pakistan because of its nuclear capability, failure of India’s Cold Start Doctrine and its frustration with the intensification of resistance by Kashmiris for their right of self-determination as enshrined in the UN charter.

This year, more than forty countries have so far expressed interest to participate in one or the other format of the exercise. Planning and executing an exercise on such a large scale is an expensive and logistically complex activity that is not within the professional competence of every navy. It is thus an attractive opportunity for countries with a common interest in peace and tranquility at sea to participate in the valuable training for the defense of their respective maritime interests. An incremental interest by participants over the years is very encouraging and reflects a growing urge amongst littoral and maritime nations, both regional and extra-regional, to strive for new ideas for closer collaboration to grapple with new and emerging challenges of the 21st century.

Exercise AMAN -21, will enable participants to consolidate on what has been achieved in the past exercises. For Pakistan Navy, it is an occasion to project the country’s image in a positive light and showcase its unmistakable relevance and emergence as a potent and expanding maritime force in all dimensions of naval warfare. It also demonstrates resolve and readiness to fulfill its national responsibilities to defend its lifeline of seaborne trade at all cost, on which the country is so heavily dependent. It is also an occasion for a reality check, just when the war at sea, just like ground and aerial wars, is fast becoming more lethal and sophisticated as human fallibility in interpreting data is being addressed by the use of artificial intelligence.

In previous years, navies from Australia, China, Indonesia, Russia, Sri Lanka, Turkey, Malaysia, Maldives, and the UK participated in these exercises. The maneuvers and drills in Exercise AMAN-21, though mostly basic in nature, will help participants to understand and guard against factors that diminish human performance in peacetime and aggravate as battlespace environments become chaotic. Put another way, such exercises offer opportunities to ponder over how battlefield conditions influence mental processing, how that processing affects performance, and why even simple things sometimes are so difficult in complex environments. Many tragic and fatal accidents in different navies in peacetime have occurred because these fundamentals were ignored.

In another context, this exercise is expected to provide building blocks for the development of coalitions in the future and opportunities for multi-layered security co-operation and promotion of safe and sustainable marine environments. The presence of navies from afar will help improve tactical interoperability between regional and extra-regional forces, which in time, could act as a bridge between the regions.

Pakistan is a peace-loving country and does not have aggressive designs against any other country. It has, however, some unsettled disputes in the maritime domain with its neighbors, relating to territorial waters, contagious zones, Exclusive Economic Zones (EEZ), and continental shelf. Pakistan is desirous to resolve them peacefully through negotiations in accordance with international law and expects others to reciprocate in the same spirit. Complete harmony in all such matters is desired with all stakeholders and multi-lateral naval exercises such as Exercise AMAN-21 serve as an expression of such intent.

Pakistan believes in international agreements concerning the use of world oceans, adherence to established guidelines for an unhindered flow of trade, management of marine natural resources, and is always keen to help improve maritime environments in a sustainable manner. Pakistan holds in high esteem the roles assigned by UNO to International Maritime Organization (IMO) and International Seabed Authority (ISA). It is cognizant of its obligations towards protecting freedom of the seas, upholding legal regimes established for controlling mineral resource exploitation in deep seabed areas within and beyond national jurisdiction – embedded in the principles of a common heritage for the good of all mankind.

Pakistan has a significant coastline and is situated in close proximity to the Persian Gulf and Gulf of Eden. By virtue of its geographical location and participation in China’s ‘Belt and Road’ (BRI) initiative, it is destined to play an important role in the connectivity of the Indian Ocean. Regular naval exercises at this scale are needed to reinforce this reality and forge closer relations with countries that have stakes in the Indian Ocean.

The expanding diplomatic footprint of Israel in and around the Horn of Africa, and almost certain to follow its aggressive human intelligence gathering network in the region, is bound to synergize with formidable capabilities of its strategic ally, the US, and accentuate the threat to sea lanes of communication, emanating from CPEC’s node at Gwadar. The littoral states of the Indian Ocean can expect the beginning of a new era of warfare that builds and extends the impact of digitization in unanticipated ways and which has been dubbed by some as the Fourth Industrial Revolution. Some weaponry on the periphery of laws of Physics, like supercavitating torpedoes, have been around for some time but autonomous weapons where warheads make their own decisions after launch, are only a decade away if not earlier. Such developments coupled with hegemonistic designs of some nations would be against centuries-old universal principles of usage of oceans and seas for the collective good of humanity.

Djibouti is a Muslim majority country which could make it easier for Pakistan to make inroads in the region to our advantage, through a mix of naval and traditional diplomacy, both for peacetime activities and in war. China’s CPEC/BRI’s forays into the African continent and its presence in Djibouti makes a good case for Pakistan to consider getting a foothold there to better secure our maritime interests. Turkey is considering establishing a base in Djibouti and there are reports of India setting up an embassy. The significance of these developments cannot be overemphasized nor can Pakistan remain oblivious to this emerging scenario.

Pakistan does not have historic maritime traditions like some other countries in the region and our coastal belt is scantily populated and financially stressed to support any major effort to change the economic pattern. However, a beginning can be made through enhanced awareness to use sea resources to our benefit. Regular AMAN series exercises can enhance awareness of our majority landlubber population, to combine some relevant segments of our national economy to boost ‘Blue Economy’ to endeavors that are constrained by its inherent limitations. It is about time to view these new opportunities from north to south – from Kashgar to Gwadar – and further south in the Indian Ocean where murky green coastal waters turn turquoise blue.