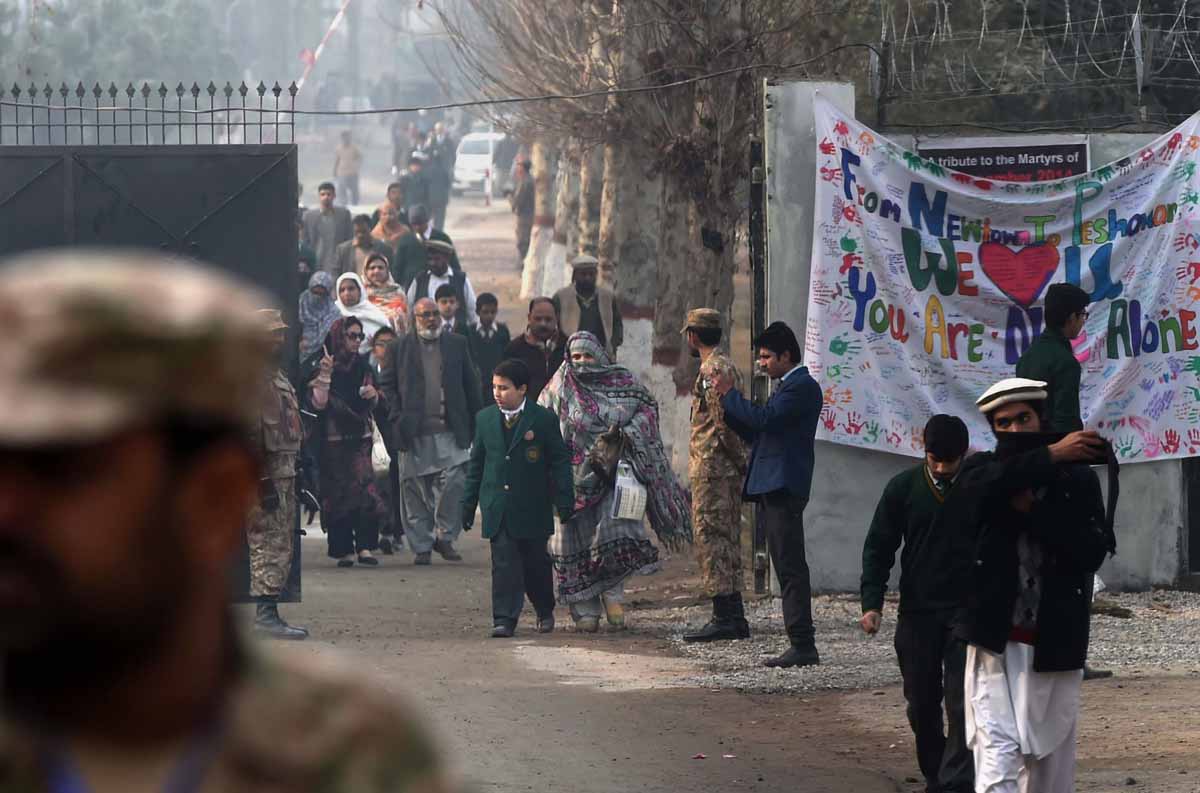 The dawn of 16th December amid the haze of  memories struck individuals separately. As a parent, it jolted their emotional conscience, as a teacher, it ignited the resolute will to sacrifice and as a student, it hardened the resolve to move forward. But amidst all this, the security and political leadership surrendered to the trauma inflicted upon mere children at schools, faculty members with the temerity to lay down their lives to safeguard those of their younger ones. Or was it surrender after all?

In the quest to eulogize the fallen warriors, most of whom were far too young to have passed on, there is a need to arouse the collective conscience of the community. Six years following the tragedy, the memory is still just as fresh as if the blotches of blood have still not dried up, as mothers patiently await the return of their children and as adolescents seek an end to their misery.

The images of splattered pages and bruised furniture may have been memorialized into history, but the fact remains, that amidst the cruelest of wars and the harshest of times, it took a sacrifice of 144 young people to finally jolt the nation into awakening. While the nation treads upon the path to healing, the message from the terror outfits was loud and clear, your future lies in our hands and we will do out utmost to destroy it.

Yet, Pakistan is recovering, the scars may be visible, but the situation is on the road to improvement – a befitting response to those viciously toiling in enmity against the state and future of Pakistan.

“The teacher asked us to recite from the Koran quietly. When we came out from the back door there was a crowd of parents who were crying. When I saw my father he was also crying.”

“I have resigned from my job. I don’t enjoy life anymore. I go everyday to my son’s grave as I find peace nowhere.”

“I want them to be punished with slow death so they would feel the pain we are feeling.”

“When he shot at me, I pushed back my head slightly. The bullet rubbed past my forehead. There was a slight burning sensation, but no real pain. But later when I touched my head, it was bleeding.”

“My son was alive for 26 minutes and waiting for me to rescue him. But I was not allowed by forces there.”

“We rushed inside the classroom, our teacher closed the door, she was trying to lock it when the terrorists kicked on the door and forced it open. All 10 of my classmates and our teacher died, only I survived.”

“So what if we can’t get justice here, there is a bigger court up there to hold the trial.”

“As soon as we hid under tables, they fired bullets at our legs and our heads and then they burned our madam. They burned our madam. The firing continued but we didn’t move because whoever moved got shot at.”“One of my teachers was crying, she was shot in the hand and she was crying in pain. One terrorist then walked up to her and started shooting her until she stopped making any sound. All around me my friends were lying injured and dead.”