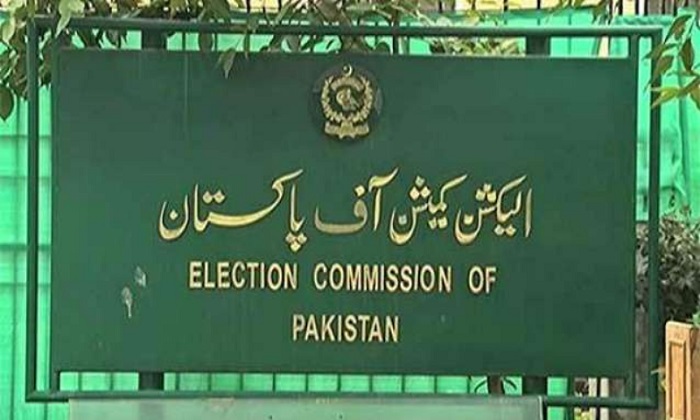 ISLAMABAD: The Election Commission of Pakistan (ECP) directs the incumbent interim governments of Punjab and Khyber Pakhtunkhwa (KP) to ensure immediate termination of services of all provincial institutions chiefs appointed on political basis.

The commission asked to share forthwith the lists of such appointments with it. It also asked the caretaker governments to assist in holding elections in accordance with the law.

The directives have been issued by the ECP in exercise of the powers conferred upon it under Articles 218(3), 220 of the Constitution, Sections 4, 5, 8(c) read with Section 230 of the Elections Act, 2017, and as supported by the Supreme Court judgment in the Workers’ Party case.

The ECP has also sought vacation of the government residential facilities and withdrawal of official vehicles from former CMs and their advisers, provincial ministers and MPAs of Punjab and KP to comply with a set of constitutional guidelines issued for the caretakers governments in the two provinces.

The commission referred to section 230(1)(b) of the Elections Act, 2017, which defines functions of the caretaker governments.

The commission asked the caretakers to ensure compliance of all notifications, directives and provisions as laid down in Section 230 of the Act. It also barred the posting or transferring of any public official without prior approval in writing from the ECP.

The Path to General Elections

Article 218(3) of the Constitution mandates ECP with the constitutional duty to organize and conduct elections under It termed arrangements necessary to ensure free and fair elections.

Section 230 (1) of the Elections Act requires a caretaker government to perform its functions to attend to day-to-day matters which are necessary to run the affairs of the government. The section requires the interim governments to assist the commission to hold elections in accordance with law. Besides restrict itself to activities that are routine, non-controversial and urgent nature. As well the in the public interest and reversible by the future government elected after the elections.

“It has become imperative that the Election Commission shall take all necessary steps under the Constitution and prevalent law for smooth conduct of general elections to the provincial assemblies of Punjab and Khyber Pakhtunkhwa,” the letter reads.

The guidelines ban all kinds of recruitments in any ministry, division, department or institution under the provincial governments and local governments of Punjab and KP with immediate effect. The exception only exists for the recruitments by the PPSC.

Similarly, the interim governments also cannot announce or execute any kind of development schemes in Punjab and KP. However the ongoing and those approved before the issuance of this notification may continue to receive resources in the public interest.

ECP also said that the “provincial governments and local governments of Punjab and KP shall not issue tenders till culmination of general elections of both assemblies.”

The commission also said that development funds relating to local government institutions and cantonment boards falling in the jurisdiction of Punjab and KP shall stand frozen with immediate effect till the announcement of the results of the general elections.