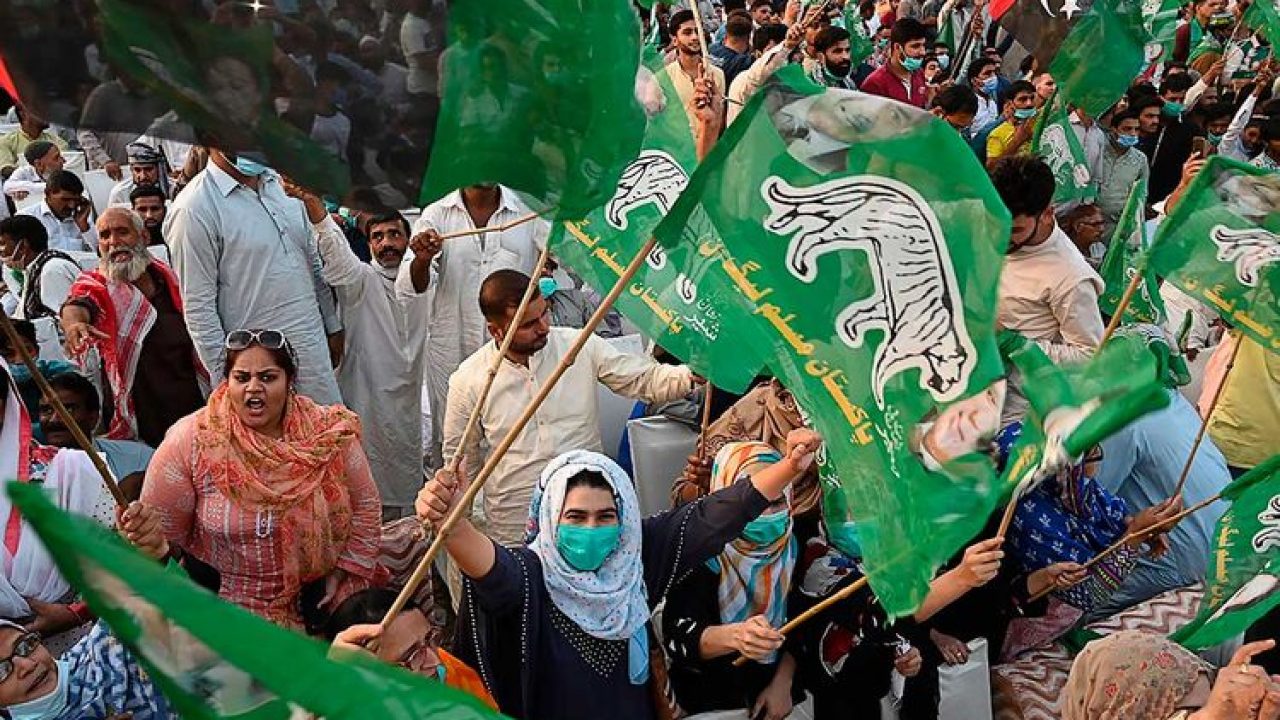 Addressing their first public meeting after announcing their long march plan in Hyderabad on Feb 9, the PDM leaders lashed out at Prime Minister Imran Khan over the alleged failure of his government at all the fronts and vowed to continue their movement till the dismantling of the present set-up.

In their hard-hitting speeches at the PPP-hosted show, the PDM leaders continued to call Imran Khan a “puppet, selected, incompe- tent and illegitimate” prime minister and accused him of once again looking towards the “establishment” for a help in the upcoming Senate elections.

Bilawal said people from across the country would leave for the PDM march next month to oust the present government.

Bilawal alleged that Sindh province had been given Rs160 billion less than its due share in the NFC last year and Rs200bn less this year.

In their speeches, both Bilawal and Maulana Fazlur Rehman also referred to the statement of the DG ISPR in which he had denied reports about backdoor talks with the PDM and said that army should not be dragged into politics.

Bilawal said there was a talk not to drag the establishment into politics.

“Let the people know who is dragging it into politics? Those who say that every institution should work within its constitutional domain or those who hold their finger in politics and contest elections; those who ask it to stand inside and outside the polling stations; or those who ask the establishment to take care of the media, get the budget approved, and go and take care of the angry friendly countries for or on behalf of the selected government,” the PPP chairman said.

The PPP chairman said no prime minister could say that Sindh was not his province, “but the selected prime minister says that Sindh is not our province but he only needs Sindh’s islands, gas, coal, and tax revenue.”

The PPP chairman said the present “selected” rulers had destroyed the economy, eroded democracy and restricted the media and the judiciary.

Maulana Fazlur Rehman welcomed the statement of the DG ISPR but said “mistakes have been made in the past which will have to be accepted and forgiveness will need to be asked of the nation.”

He said the PDM’s movement would continue and reach its destination. He said the government was totally confused which was evident from the fact that first it brought a constitutional amendment bill in the National Assembly for an open Senate polls even before the Supreme Court’s ruling on the presidential reference on the same subject and then promulgated an ordinance. He called it a conspiracy against the judiciary.

The Maulana also lambasted National Accountability Bureau (NAB) and challenged that it could not hold them accountable without the accountability of the present government.

Speaking on the occasion, Shahid Khaqan Abbasi criticised the rulers for an increase in the prices of wheat and sugar. He said the PDM would fight for the people’s rights. He said the government had “crippled” the parliament and it was not allowing the members to speak on the public issues, including price-hike.