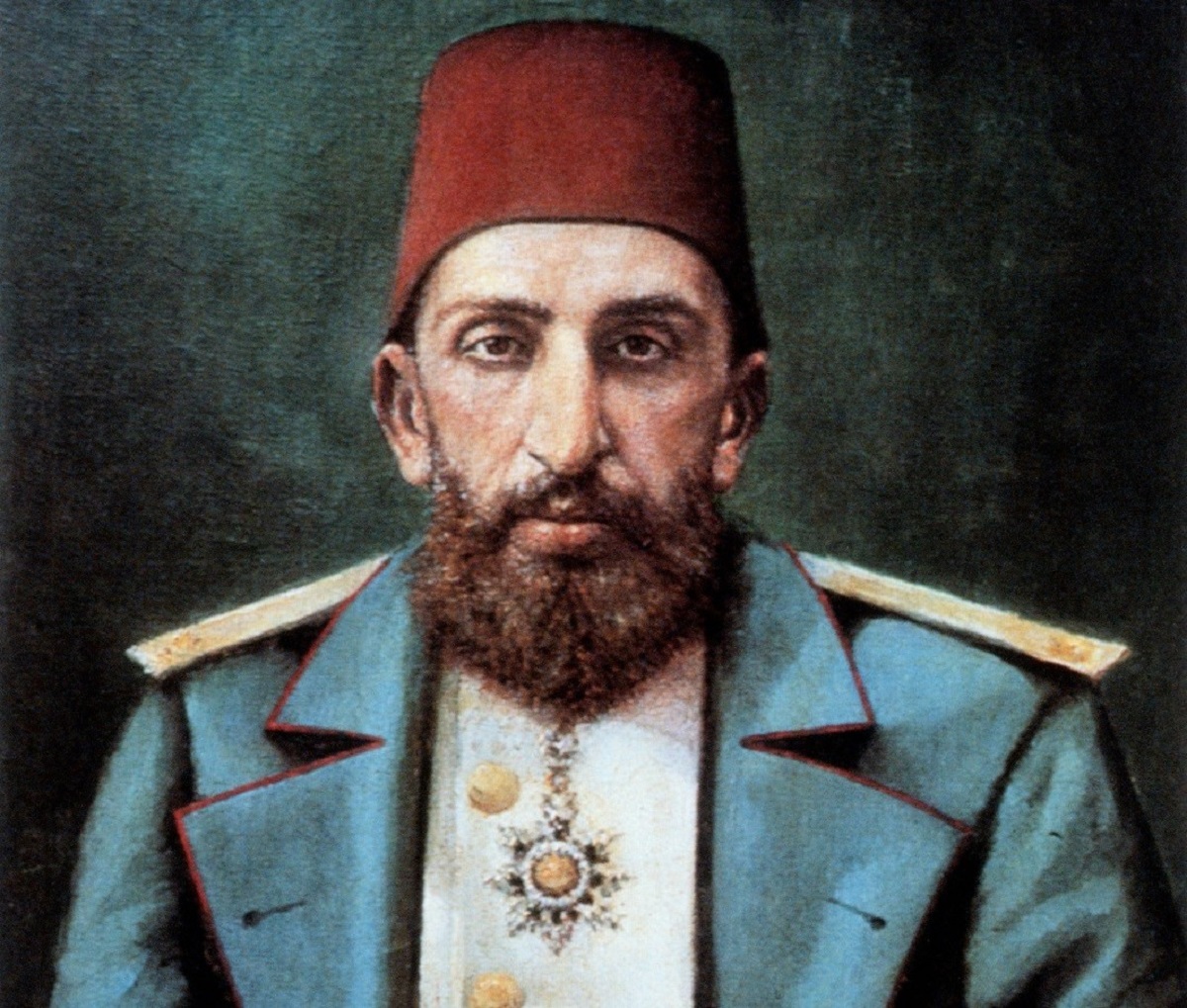 The supremacy the Ottomans achieved over the Christian Europe through the 1453 conquest of Constantinople was avenged by the victorious Entente powers after WWI after their forces entered Istanbul in 1918. What Renaissance achieved in Europe over several centuries was enforced in the first quarter of twentieth century during the Ottomans collapse.

It took the Ottomans two centuries after 1453 to establish their military and administrative dominance over Europe. In contrast, the Ottoman domains of the three continents had been occupied by the Western powers only one decade after 1918.

But the sick man of Europe was laid on his deathbed after a century long viral infusion of Western Ideals, ethno-religious and territorial independence ferments, TURKO-RUSSIAN WARS and finally the WWI. Last but not the least, power struggles between the caliphs, Young Turks and Ulema had weakened the immune system of the Empire.

Sultan Abdul Hamid II tried his best to arrest the decline, but the forward looking restless Young Turks finally deposed the Khalifa in 1909. This top down revolution brought the Committee for Union and Progress (CUP) into power and the new Khalifa became a figurehead.

Three Societal currents culminated into this revolt, viz., Young Turks heralding Western concept of statehood and reformation under the caliphate; reformist Ulema like Musta- fa Sabri favouring authority to be shared between Khalifa, Parliament and the Ulema; and French-style secular liberals promoting exclusion of religion in the state.

The CUP dominated the politics with Talat Pasha as Grand Vizier, along with Enver Pasha and Jamal Pasha, who became increasingly autocratic. In the 1913 Balkan wars, territories were lost by the Ottomans. Despite opposition from deposed Abdul Hamid II and secular Colonel Mustafa Kamal Pasha the CUP-led Ottomans joined the German/Austro-Hungarian Alliance in WWI.

During WWI, Russian Origin ethnic Armenians sided with enemy forces of Russia. Ottoman Army was defeated by Russians on the eastern front and Ottomans forces massacred hundreds of thousands of Armenian military and civilian personnel labelling them as traitors.

After the defeat of German-led Alliance in 1918, the Ottoman Khalifa Sultan Muhammad V became subservient to the British General Sir George Milne. In 1919, the Greek forces occupied Smyrna (present Izmir). Britain officially dismantled the Ottoman Parliament in Istanbul on 11 April 1920 and forced the Ottoman government to sign the Treaty of Sevres (France) in August 1920. Under this treaty partitioning of Ottoman Empire among Greece, Italy, France, Britain, Russia and Independent Armenia. Ottomans were granted only half of the North Central Anatolia.

Born in Salonika, Mustafa Kemal Pasha was sent by his father to a modern secular school at an early age. In 1902, he graduated as a lieutenant from Ottoman War College, Istanbul. During his military training, Mustafa Kemal came under the influence of Young Turks Movement and after discovery of his political activities was sent by his high command to the Fifth Army in Damascus.

Angered by the corrupt officials treating the locals, he became involved again in anti-government activates. He was posted back to Salonika in 1906, joined French Freemasonic
order and in 1907, he secretly joined CUP.

Mustafa Kemal was of the opinion that Turkey should abandon areas outside Anatolia, primarily Balkans and the Middle East. When WWI began, he favoured the Ottomans to join the Britain led alliance. His heroism as field Commander in the battle of Gallipoli earned him a celebrity status in Turkey.

Later on, he was posted to the Mesopotamia region under German General Otto von Sanders. At odds with the Germans, it is reported that he did not fight the advancing British armies in Mesopotamia declaring that it is futile to fight the British, and vacated most of the area. He even suggested to the German General to vacate Syria up to Aleppo in order to defend Anatolia.

In 1919, he resigned from the Army due to the humiliating state of Istanbul Government and organized the Turkish War of Independence. He also founded the Grand National Assembly at Ankara in 1920. He mobilized the Anatolian population for the war of independence in defiance to the Khalifa who was hostage to the whims of the Western occupation.

He fought back the Greek forces to a stalemate and under British pressure the Greeks withdrew from Anatolia and were formally defeated in 1921. In 1922, a truce was signed followed by evacuation of Greek, French and Italian forces. Anatolia was liberated from foreign occupying forces – apart from the British garrison.

General Harington was still in Istanbul overseeing the weak Sultan and his CUP government. Mustafa Kemal’s influence and popularity as a savior shot up throughout Anatolia. A besieged Istanbul had no say whatsoever for full authority has gone into the hands of Mustafa Kemal at Ankara, whether pertaining to controlling the armed forces or pertaining to matters such as relation with other states.

It seemed as if the European powers were quietly encouraging Ankara, led by secular nationalist Mustafa Kemal, to form a parallel government, weakening the Ottoman Khilafat at Istanbul.

Mustafa Kemal’s Grand National Assembly at Ankara deposed the reigning Sultan Muhammad VI, who escaped to Malta on board a British warship fearing for his life. The Assembly stripped away the powers of the Khalifa, making him a spiritual and constitutional symbol only.

On 19 October 1922, British pre-conditions for recognition of Independent Turkey were laid down as under:

Between November 1922 and February 1923, several rounds of talks with the Turkish side represented by Ankara ended without success. The Grand National Assembly was not prepared to accede to the abolition of Khilafat despite the re-election of new deputies. Mustafa Kemal and his close associates schemed, resulting in an impasse among deputies, and the extraordinary power of decision was handed over to him.

On 29 October 1923, Mustafa Kemal Pasha by decree declared Turkey as a Republic, Addressing the Assembly he said:

“Was it not because of the Khalifa, Islam and the clerics that the Turkish peasants have fought and lost their lives for five centuries? It is high time Turkey attended to her own interests, ignoring the Indians and the Arabs, and saved herself from the burden of leading the Islamic lands.”

On 3 March 1924, Khilafat was abolished and Turkey was declared a secular State. That same night, Mustafa Kemal Pasha, as the President supervised expulsion of Khalifa Abdul Majid to Switzerland by car with a suitcase and some money. Two days later all the princes and princesses were deported by train from Turkey on one way exit documents. All the assets of the Caliphate were confiscated.

All religious functions were cancelled throughout the Republic. Auqaf became state property, religious schools were turned into civil (modern) schools under the Education Ministry.

All the preconditions laid down by Britain in October 1922 were met. On 8 March 1924, Foreign Minister Ismat Pasha sent a letter to the Conference requesting resumption of negotiations. The Conference was convened on 23 April and the Treaty of Lausanne was signed 24 April 1924.

European States recognized Turkey’s independence. Britain evacuated Istanbul and the Straits of Turkey. On this unilateral evacuation and recognition of Turkey one British MP protested. The influential Lord Curzon replied;

“The point at issue is that Turkey has been destroyed and shall never rise again, because we have destroyed her spiritual power: the Khalifa and Islam.”

Indeed the Khalifat System in place for thirteen centuries governing individual and collective Muslims’ lives was no more. A hundred years on, that system is a myth and a strange impracticality for the world.

Sea and land routes to Asia, Africa and Indo-China were now controlled by the European powers, and former Ottoman provinces were newly emerged nation states pampered by European nations.