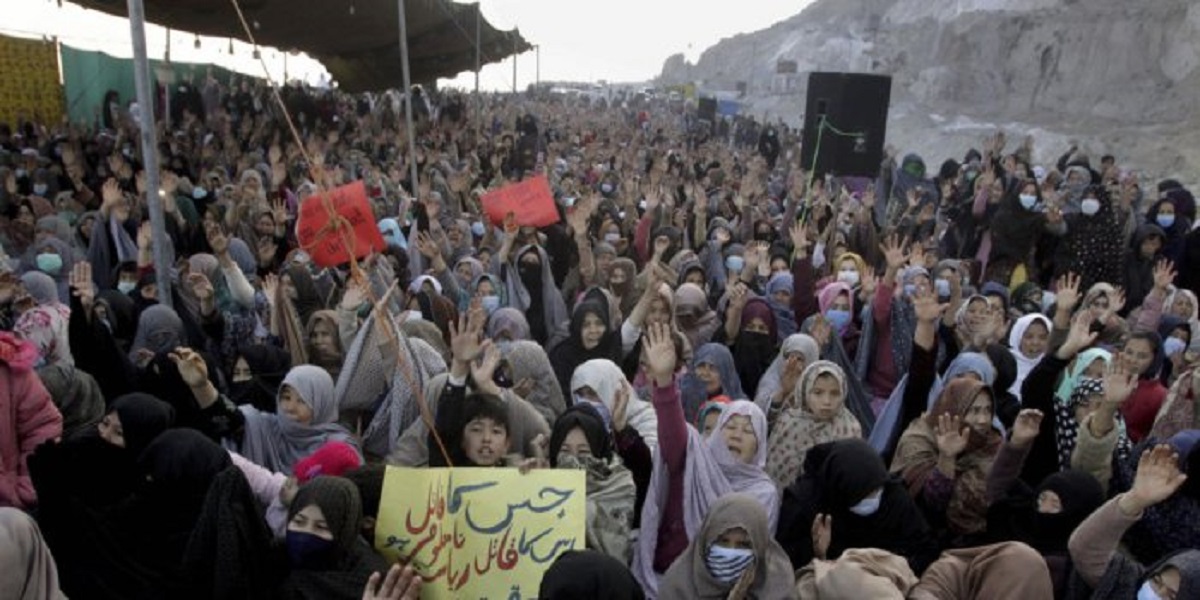 After a break of two years, once again Persian speaking Hazaras, the vulnerable community of Balochistan was targeted on 3 January 2021, when unknown gunmen butchered 10 of its members, mostly young in the oldest town of Mach, some 70 km southeast of Quetta.

The group of coal miners were asleep when the armed men who are believed to be a dozen in number broke into their compound and held all of them on gunpoint. The video and photographs the perpetrators released show that the attackers blindfolded all miners after tying their hands behind their backs and slaughtered them one by one. A few dead bodies were found with gunshots as well while three others were found beheaded.

The proscribed Daish terrorist group claimed responsibility for this gruesome incident. Earlier it has been involved in suicide and bomb attacks in Balochistan, but it is the first time that it has adopted the model of the terrorist act of slaughtering innocent persons in front of video camera that is common in Iraq and Syria for the execution of members of Shia community.

A decade ago, the members of Lashkar-e-Jhangvi abducted two members of Shia community and after a month slaughtered them in front of camera before making them read under duress a written statement of their involvement in anti-Sunni activities.

In the gruesome incident of Mach, the attackers who appeared calm executed victims without any fear of being caught despite shooting their guns at three of the victims. The armed men are suspected to have escaped through a road dotted with checkpoints manned by Frontier Corps, Police and Levies personnel.

According to an estimate of government organizations, four hundred of labourers out of total two thousands working in 54 mines at Mach belong to the Hazara ethnic group. Each of these mines has 8 to 10 seams and the area has a strong presence of Frontier Corps’ personnel.

The government deployed Frontier Corps in Bolan and Mach area to provide labourers and mine owners security after incidents of extortion by banned Baloch militant organizations mainly Baloch Liberation Army came to light. Mine owners and contractors pay Frontier Corps PKR 450 per ton of coal for the security.

The January incident is not the first of its nature. Hazara commu- nity members have been targeted in the past and as a result 60 percent of Hazara population (approximately 500 persons includ- ing a few dozen families) migrated to Quetta. After improvement in law and order in Quetta during the past two years, Hazaras started moving back to Mach, resuming their livelihood.

Activists of Lashkar-e-Jhangvi that is dominated by Baloch ethnics established Daish with active support of Tahrik-e-Taliban Pakistan and started terrorist activities in Balochistan besides abduction for ransom to generate fund for their attacks.

They were involved in attacks against Frontier Corps personnel, police and government officials, lawyers, and Hazara community. The BLA has been very much active in Mach and Bolan area and involved in attacks on security forces and Punjabi labourers travel- ing in buses.

However, after deployment of Frontier Corps, their activists moved to difficult mountainous area of Bolan. Banned Baloch organizations remained active in different areas of Balochistan, but Islamic militants went underground after action against them.

A number of activists including commanders of Daish and Lashker-e-Jhangvi Al-Alami have been killed in different IBOs (Information Based Operations) in Quetta and Mastung districts. The biggest operation of this kind was in Koh-e-Maraan (Moun- tain of Snakes) in June 2017, in which some 12 Daish local commanders and activists were killed while in cross firing a teenaged abductee lost his life.

The boy, the son of a business man was abducted and held in a cave for PKR 50 million in ransom. When the family refused to pay this heavy amount, the abductors chopped off the toe of teenage victim and sent it to family as pressure tactics to accept their demand.

After a few months, nine more activists of Islamic State were killed in same area while its Sindh Ameer whose name was not made public was arrested in these operations and IS Balochistan head Imran Bungalzai was killed.

The same group was involved in the abduction of a number of government officials and a Chinese couple on a preaching mission of Christianity to Quetta. However after Koh-e-Maraan operation, the slaughtered bodies of the couple were found from another place.

The security forces claim that Baloch militant group BLA and Daish activists are involved in the gruesome incident of Mach, maintaining Much and Bolan area have never been the area of Daish so it must have operated with active support from BLA activists in the area. However, independent observers doubt these two terrorist organizations can join hands.

Officials say that Farooq Bungalzai , the IS Balochistan Ameer who escaped unhurt from one of the operations in Mastung and went to Afghanistan along with another of his commanders Mumtaz Sumalari recently came back to conduct terrorist attacks against security forces and Hazara community.

Another top man wanted by security forces is Abdul Karim who is said to be the coordinator of militants of central Asian countries and Afghanistan. Umar Farooq who is in the custody of Afghan government is said to be one of the top IS commanders and Pakistan has already demanded of his extradition.

Security agencies warn of an uptick in terrorist activities in Baloch- istan by IS, LJ-A and TTP in the coming days. Military sources say these terrorist networks operate out of Afghanistan with Indian and Afghan support.

After the Mach incident, all the Shia groups and parties agreed in their joint meeting to perform funeral of these dead on the same day, but next morning Majlis-e-Wahdat Muslimeen staged a sit in along with the bereaved family members by putting the bodies on western bypass linking northern Balochistan with rest of the country.

All the other groups – Hazara Democratic Party, Hazara Tribal Jirga, Shia Ulema Council and Balochistan Shia Conference – neither supported nor joined the protest but kept opposing this extreme step.

Provincial and federal ministers kept visiting these protestors assuring them that all their demands are accepted except dismissing Balochistan government and Inspector General of Frontier Corps.

However, the protestors led by Shia Ulema and former MWM MPA Agha Raza kept refusing to end their sit in until the Prime Minister Imran Khan visited them. On the second day of the protest, the activists of different Shia organizations also staged sit in in other provincial capitals and a number of cities of interior Sindh. The hours-long meetings of Interior Minister Sheikh Rasheed and PM’s two special aids Ali Zaidi and Zulfi Bokhari with MWM leaders did not bear any fruit.

PDM leaders Mariam Nawaz and Bilawal Bhutto Zardari also air dashed to Quetta to show their solidarity with mourners. Both excori- ated the Prime Minister for not showing empathy towards them.

Chief Minister Balochistan Jam Kamal who was on personal visit to Dubai assigned the task to his ministers to tackle the situation. His officials say that on 5 July, the Chief Minister landed in Karachi where he had to confine himself in quarantine for a couple of days. Had he rushed back after the incident and engaged the protestors, they would have ended their protest in a day or two.

The delay on the part of provincial government in consoling the bereaved families created an impression that the Jam government is apathetic to the Hazara community’s sufferings. The protestors felt ignored as district administration was negotiating with protes- tors in the first 48 hours while the Wahdat Mulimeen’s followers were not ready to listen to their arch political rival Abdul Khaliq Hazara, a provincial Minister. Agha Raza, the MWM candidate who lost 2018 elections to Khaliq Hazara seemed to prolong the protest for political gain by eroding the latter’s political support in the community.

The PPP dismissed its own government led by Nawab Aslam Raisani by imposing Governor Rule in February 2013 on the demand of Hazara protestors who placed the 91 dead bodies of those killed in an explosive laden water tanker on the road. Raisani who was on a private visit to London refused to come back despite the pressure on PPP government to handle the situation.

The Prime Minister Imran Khan has been under fire in TV talk shows for adopting a stubborn attitude of not visiting Hazara mourners, but earned praise in serious circles which view that if Prime Minister of a country visits to a protest, it would become a bad precedent and tomorrow, the protestors from any part of the country would expect the same from him.

However Prime Minister’s remarks of not to be blackmailed by such demand annoyed Hazara protestors on one hand while on the other shattered resolve of organizers to continue the protest.

In the given circumstances, the protestors agreed to perform the last rites of their dead, paving the way for the visit of the Prime Minister, who accompanied by Army Chief Gen Qamar Javed Bajwa and cabinet members met the bereaved families to commiserate in person.