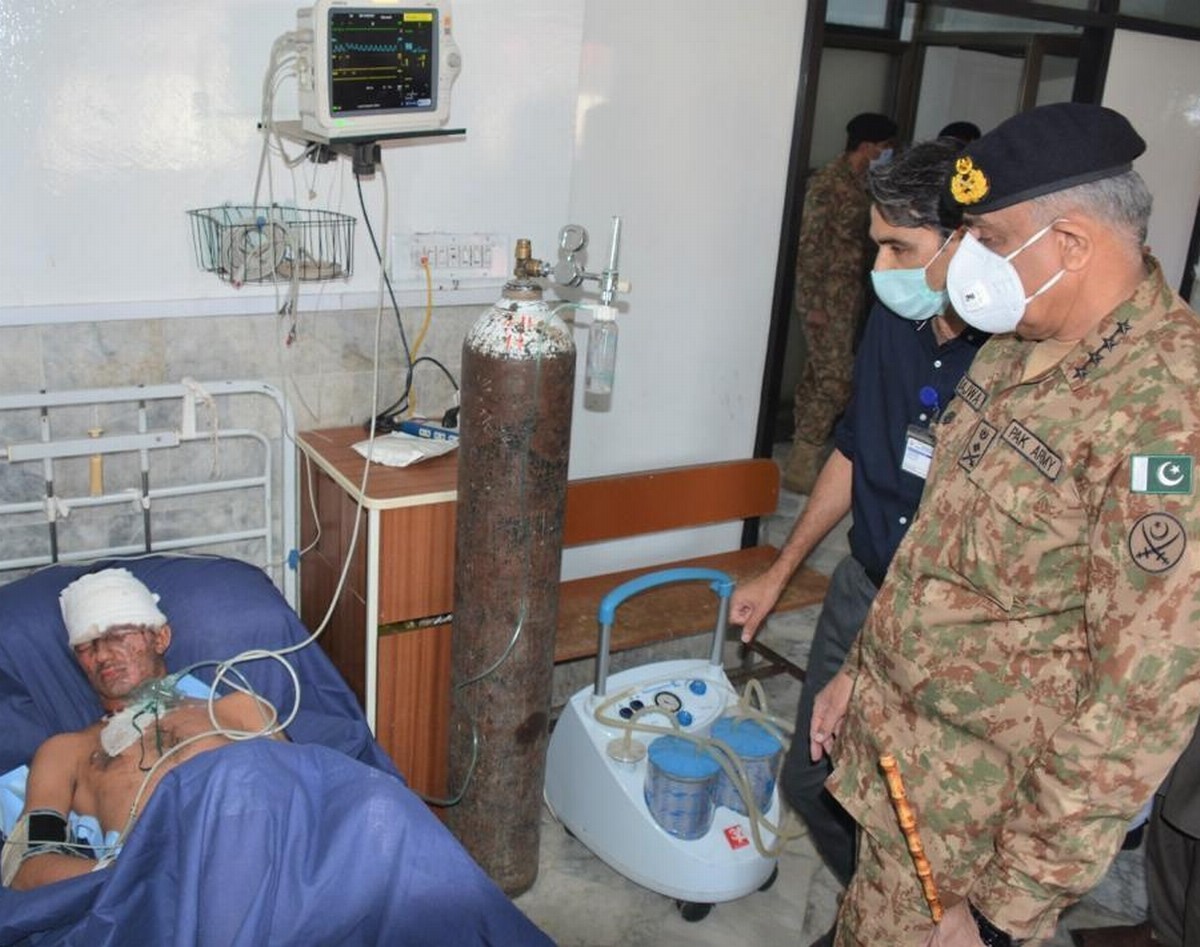 Terrorists set off a bomb targeting young students at a Peshawar seminary on Tuesday in an attack which is reminiscent of the 2014 massacre of dozens of pupils at Army Public School (APS) in the same city.

“On December 16, 2014, innocent children were targeted at APS Peshawar. And on the occasion of Kashmir Black Day on October 27, 2020, the enemy once again massacred innocent madrassa students in furtherance of its nefarious designs,”

“It is the same enemy. Yesterday, the nation rejected this enemy and defeated their terrorist ideology. Today, we are united and will again fight it together,” Gen Bajwa said during his daylong trip which also took him to the Lady Reading Hospital in Peshawar where most of the injured from Thursday’s bombing at Jamia Zubairia are being treated.

“I’ve come to express solidarity, especially to share the grief of these madrassa children, their families and their teachers,” he said. “We will not rest unless we bring all terrorists and their facilitators to justice.”

A large number of Afghan refugee children are among the victims of the madrassa bombing. “We share each other’s pain and grief,” the army chief said. “Both Afghanistan and Pakistan have faced terrorism during the last two decades.”