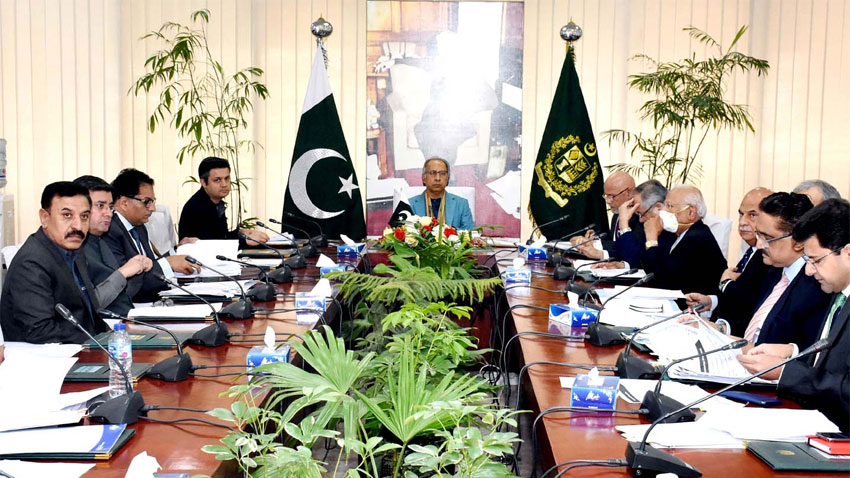 Federal Minister for Planning and Development Asad Umar took to Twitter saying, this is “the largest healthcare project ever done by [a] federal government”.

For Karachi, an estimated cost of Rs25.5 billion was approved for a greater phase-1 260 million gallons per day Karachi Water Supply Scheme (K-IV). The project is expected to complete in four years.

Another project sponsored by the local government department of Sindh titled “Solid Waste Emergency and Efficiency”, with an approximate cost of Rs16.8 billion including an IBRD-World Bank loan worth Rs16 billion, was also presented before the committee

The construction of the Gwadar-Ratodero road project (M-8) was approved at a justified cost of Rs38 billion. Package IV i.e. construction of 100 dams in Baluchistan was also okayed by the committee at the total cost of Rs13.5 billion. Balochistan Irrigation Department will carry out the project in three years.

Dualizing and improving the old Bannu road project was accepted at an evaluated cost of Rs17.2 billion.

The existing two-lane old Bannu road measuring 83-kilometer in length will be dualized to 4 lanes with 7.3 meters wide carriageway on either side

A KP human capital investment project has also been approved at the total cost of Rs18.9 billion. World Bank/ IDA are financing the project to improve basic education fundament in Peshawar, Haripur, Nowshera, and Swabi districts.