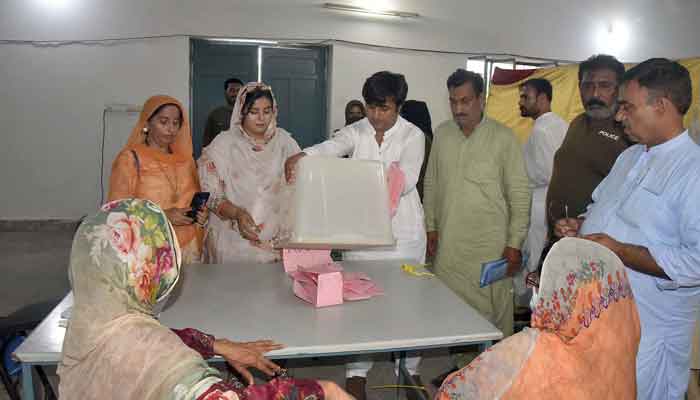 The PTI emerged as the largest political party in the Azad Jammu and Kashmir Legislative Assembly. The party will consequently form a government in the region.

According to the unofficial results of the AJK Election Commission so far, the PTI has won 25 of the 45 seats, PPP has won 11 seats and PML-N has secured six seats.

Unofficial results are in for all constituencies, except LA-16 Bagh which have been withheld, according to AJK Election Commission Secretary Muhammad Ghazanfar Khan.

Celebrations broke out all over Kashmir after PTI was declared the winner across the majority of seats.

Two PTI workers were killed in a clash during polling Sunday. Supporters of the PPP and ruling PTI clashed in one constituency, leading to the two deaths, police officials had said, according to a Reuters report.

The violence mars the latest election test for PM Khan, who has faced growing criticism since his 2018 election win over his handling of the economy and competence to deliver on his election promises.

Who were the victors?

Ex-prime minister of AJK and chief of AJKMC Sardar Attique Ahmed Khan has been declared successful on LA-14 Bagh.

He expressed satisfaction over the law and order situation and appreciated the performance of the police and the Pakistan Army in ensuring the peaceful conduct of the elections.

Maryam praised the party workers for “putting up a good fight” despite “violence and rigging by PTI” in the Kashmir elections held Sunday.

Taking to Twitter, Bilawal Bhutto claimed the election commission had failed to take action against the PTI for violating electoral rules.

“Despite this, PPP emerged as the largest opposition party in AJK with 11 seats, up from 3 seats last time. incredibly proud of PPPAJK for putting up a good fight,” the PPP leader tweeted while sharing the list of the party’s winning candidates.

‘Will not accept results’

Meanwhile, PML-N Vice President Maryam Nawaz tweeted that she has not accepted the results and will never accept them. “I did not accept the 2018 results either or acknowledge this fake government,” she added.

She lauded the party workers and voters.

“What response we will come up with for this shameless rigging, is a matter that the party will decide soon, InshaAllah.”

In another tweet, she praised the party workers for fighting against all odds in the elections.

“I would like to commend all the voters and workers of PML-N for their courage and bravery. I am very proud of them,” she said.

In a tweet on Monday, he said the opposition parties should reconsider both their leadership and politics.

He said the people are not ready to accept Asif Ali Zardari and Nawaz Sharif. He said it is time for alternative leadership and there is no future of those who met with Afghan National Security Adviser Hamdullah Mohib, in a clear reference to Nawaz who met with the top Afghan official last week in London.