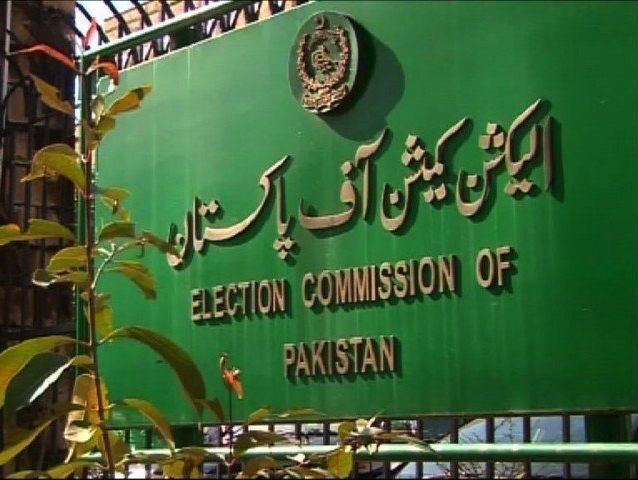 ECP Rejects Postponement, LG Polls In Islamabad As Per Schedule:

ECP Rejects Postponement, LG Polls In Islamabad As Per Schedule:

ISLAMABAD: The Election Commission of Pakistan (ECP) announced that local government (LG) polls will not be postponed and will be held as per schedule on December 31.

ECP said that polls will be held as per the old constituencies in the capital and that that the preparations have been completed to hold LG polls in time. The electoral body remarked that an attempt was made to influence the election by altering the UCs.

The federal cabinet decided that elections would be held in 125 union councils and not in the existing 101 UCs. The decision was taken just days before the polls.

ECP decided to hold the local body elections earlier this year in July but the PML-N filed a petition in the Islamabad High Court to hold elections on 101 UCs instead of 50UCs.

The IHC ordered the holding of elections on 101 UCs and the ECP conducted a new delimitation before issuing the schedule. Later, the ECP announced December 31 for the polls.

Earlier, the government’s move to delay the local government (LG) elections in the capital in order to increase the number of union councils (UCs) around 10 days before the polling day on Dec 31 has left both the candidates and the Election Commission of Pakistan (ECP) surprised.

The federal cabinet on Monday decided that elections would be held in 125 union councils and not in the existing 101 UCs. However, it will only be possible if the ECP agrees with the government’s stance and postpones the polls till the new delimitations– a process that requires several months.

On the other hand, the Pakistan Tehreek-i-Insaf (PTI) has stated that the Pakistan Muslim League-Nawaz (PML-N) was avoiding LG elections in Islamabad out of fear of defeat.

The government, through the interior ministry, got a summary approved from the federal cabinet on Monday for new delimitation, the PTI stated. Meanwhile, talking to the media PTI’s former MNA, Ali Nawaz Awan, said his party was all set to win a majority of the seats to elect its mayor.

He said the PML-N could not find candidates for a number of seats due to PTI’s popularity and was therefore trying to get the elections postponed on the pretext of increasing the number of union councils. He said in case the ECP decided to cancel the LG elections, the PTI would approach the courts.

Senior PTI leader Asad Umar, while sharing the cabinet summary on Twitter, said: “Imported Government is trying to escape from local government elections of Islamabad, there is no modesty and shame.”

Former information minister Fawad Chaudhry tweeted that on sensing complete defeat in the local government elections, the government was trying to change the numbers of UCs to get the polls postponed.

He said from Karachi to Islamabad, his party had forced the “illegal rulers to run.” Meanwhile, Information Minister Marriyum Aurangzeb preferred not to speak on the issue.

When shared the interior ministry’s purported summary and asked Ms Aurganzeb to confirm whether the cabinet had approved it, the minister did not respond.

However, former PML-N federal minster Dr Tariq Fazal Chaudhry confirmed to media early in the morning that the summary had been approved by the cabinet through a circular, and had also decided to conduct direct elections for the post of mayor.

“PML-N is a major political party and we are not avoiding elections, rather we want to hold elections after new delimitation and increasing the number of seats from 101 to 125,” he said.

Asked why the government had decided this just a few days before the polling day, Mr Chaudhry said elections could be held after a few months and that the city’s demography was not going to change by then.

“Let me make it clear, we are a major political party, which had won last elections, and this time too, we are in a good position to win, but we want to have a powerful local government,” the former MNA said, adding that a mayor would now be elected through direct elections and not through votes of the UC chairmen.

To a query about PTI’s claims that the PML-N could not find candidates in a number of UCs, Mr. Chaudhry said: “This is a white lie; out of 101 UCs, we fielded candidates, including aspirants for the position of chairmen, in 85 UCs with party symbols, while for 11 seats, PDM candidates are contesting as independents.”

Whenever elections are held, the PML-N will win them comfortably on the basis of its performance, he added.

It is relevant to note that the previous local government completed its tenure in February last year. As per the rules, new elections should have been held within 120 days from the expiry of the tenure.

The ECP decided to hold elections earlier this year and also issued the schedule, fixing July 31 as the polling day, but the PML-N and other parties filed a petition with the Islamabad High Court (IHC), pleading that instead of holding elections on 50 UCs, the numbers of union councils should be increased to 101.

To this, the IHC ordered the holding of elections on 101 UCs and the ECP conducted a new delimitation before issuing the schedule, under which the elections were to be held on Dec 31.

Meanwhile, speaking to the media, a senior ECP officer said the commission came to know about the cabinet’s decision through TV reports and that it had still not received an official intimation.

He, however, said deferring elections at this stage would be very difficult and almost impossible for the ECP as candidates had already spent a lot of money and time on their campaign and the commission too had completed its arrangements.