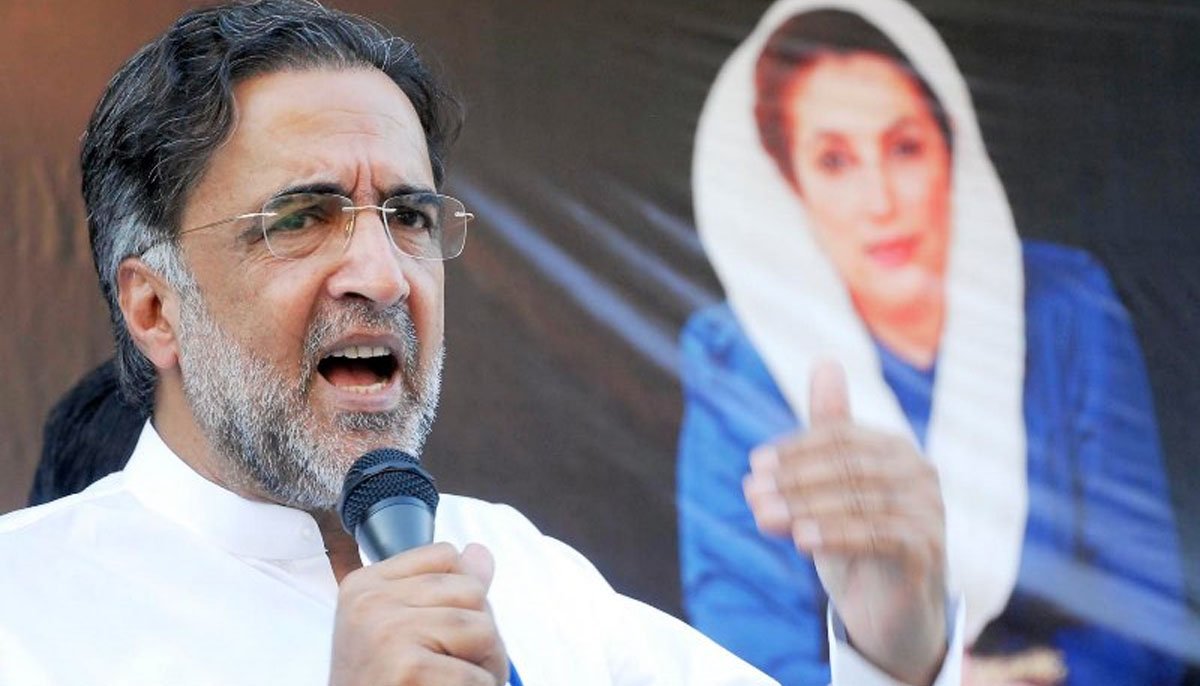 Carrying a history of mistrust and betrayal, opposition parties have again gathered to launch a campaign against the PTI government led by Imran Khan. For this purpose, they have formed Pakistan Democratic Movement and set up a committee to finalize an agitation strategy in various phases. The announcement includes public meetings, protests, long march and sit-in in Islamabad, and a no-confidence motion against the Prime Minister.

The Truth International spoke to central leader of PPP Qamar Zaman Kaira to know the modus operandi for agitation and other options and whether this alliance will work when there had been repeated incidents of mistrust among major political parties.

Kaira spoke candidly and provided an insight into the thought process and reasons for hosting an All Parties Confer- ence by his party last week.

Q) There have been a couple of APCs earlier but they could not succeed. Knowing this, why did you hold another APC?

I feel those APCs did not fail. We sat together, cooperated and discussed various issues according to which we made certain decisions. The first APC was held right after elections in 2018 to highlight the case of unfair and rigged polls. Maulana Fazlur Rehman was of the view that a complete boycott of the assemblies was the only way forward, but we relented. We believed this would provide a vacuum for non-demo- cratic forces to intervene and we did not want to create a situation whereby there was even a slight chance of democracy being derailed.

The second APC was held in light of the Kashmir dilemma. We discussed the entire issue and brought it to national and international attention. We felt it was important for the government to rectify its course of action and fulfill the promises made to the public. We advocated the cause of governance and in return, we received abuses, cases against us, and treason allegations. The way the government responded was a fascist approach and given the social, economic, and industrial situation of the country, even PTI supporters are disappointed.

The fact that Imran Khan publicly declared himself as the only option due to absence of a replacement is a sign of his failure to perform. Nawabzada Nasrullah once said that graveyards are full of indispensable people but no one is ever indispensable for a country.

Q) The two major parties in the APC, PML-N and PPP, have a history of mutual distrust. They have contin- uously made promises to one another but failed to live up to each other’s expectations. Nawaz Sharif has even sided with dictators to target PPP and has betrayed you multiple times. How do you think you can trust one another?

Time is a great teacher. In the past, the distrust stemmed from broken promises and betrayal but now this has to be transformed into a state of trustworthiness. There is no other option for us in the current scenario. The country is marred by social, political, and economic collapse and to overcome this situation there is no other way but to unite and move forth. Previously, we had to work with the murderers of Shaheed Zulfiqar Ali Bhutto in the national interest. Our politics is in the national interest and we feel that Nawaz Sharif has learned from the past, so we are in a better position to move forward together.

Q) Before the actual APC, there is backstage discussion also known as pre-party. Was there one before this APC?

Yes, like every APC, discussions were held prior to the main conference. However, the details cannot be shared with the media. Nawaz Sharif has confessed publicly that he made mistakes. There were grievances on both sides but considering the current situation, it is imperative that we ignore past mistakes and start with a clean slate.

Q) Do you think this alliance is limited to protests or will it expand to a wider electoral alliance?

It is too soon to say anything. The public expects us to help out with the problems that they are facing. Regarding the alliance, discussions will continue but as of now, we are more inclined towards setting the date, time, and manner of these protests.

Q) There are two factions in the PML-N; one is more inclined toward protests whereas the other one is not. How do you think these protests will be held?

There is difference of opinion in every party but once the leadership has made a decision, that is considered the ultimate policy. All the stakeholders were present in the APC and they agreed upon the declara- tion and have given each other confidence regarding its implementation.

Q) Will this movement stop at protests alone or will it reach a point where you dissolve the Sindh Assembly and render resignations countrywide?

We have decided that we will approach this in a very systematic manner and will move step by step. An All Parties Committee has been formed and it will decide the mecha- nism, timing and approach that we are going to follow, whether protests, public awareness or something else. They will be responsible for the decision-making process which will be announced in a couple of days.

The Supreme Court in its decision regard- ing NAB specifically stated that it was an institution that was used for political engineering. Imran Khan was not in power when these cases were initiated but it clearly shows that there is a power beyond politicians that derives this manipulation to meet certain political objectives. We do not want to disrespect the armed forces or the judiciary. What we want is for them to operate within their constitutional jurisdic- tions so an air of professionalism can be created. Mirza Aslam Baig and Hamid Gul are on record where they have admitted to intervention by the army and agencies in establishing Islami Jamhoori Ittehad to pressurize the PPP. All we want is for the institutions to remain within their assigned constitutional limits so that each pillar of the state can perform through a collabora- tive process, not the terror of the fist.

Q) There is a lot of discussion going  on over the opposition’s meeting with the Army chief. What was the purpose of this meeting?

Yes, this meeting was held at the invitation of COAS General Qamar Bajwa. Political

leaders, including government and military leadership, were present. The main agenda was to discuss declaration of Gilgit-Baltis- tan as the fifth province while some other matters also came up. It’s a misconception that it was a secret meeting. It is very unfortunate that instead of the Prime Minister, the army chief called this meeting to discuss constitutional and national security-related issues. During the PPP and PML-N governments, whether it was the Kashmir issue, Waziristan operation or national security, all the decisions were taken in meetings chaired by the prime minister at the PM House or Secretariat. In those meetings, apart from government and opposition, the top leadership of armed forces and security agencies also participated. The PPP has never been against the constitutional role of the army. It is sad that PM Imran Khan considers the opposition anti-Pakistan and an enemy. He doesn’t want to shake hands with opposi- tion leaders. It also shows his incompe- tence. Imran Khan should realize that those whom he labels as traitors have been elected by the people. The PM is insulting the voters by refusing to meet elected opposition leaders.