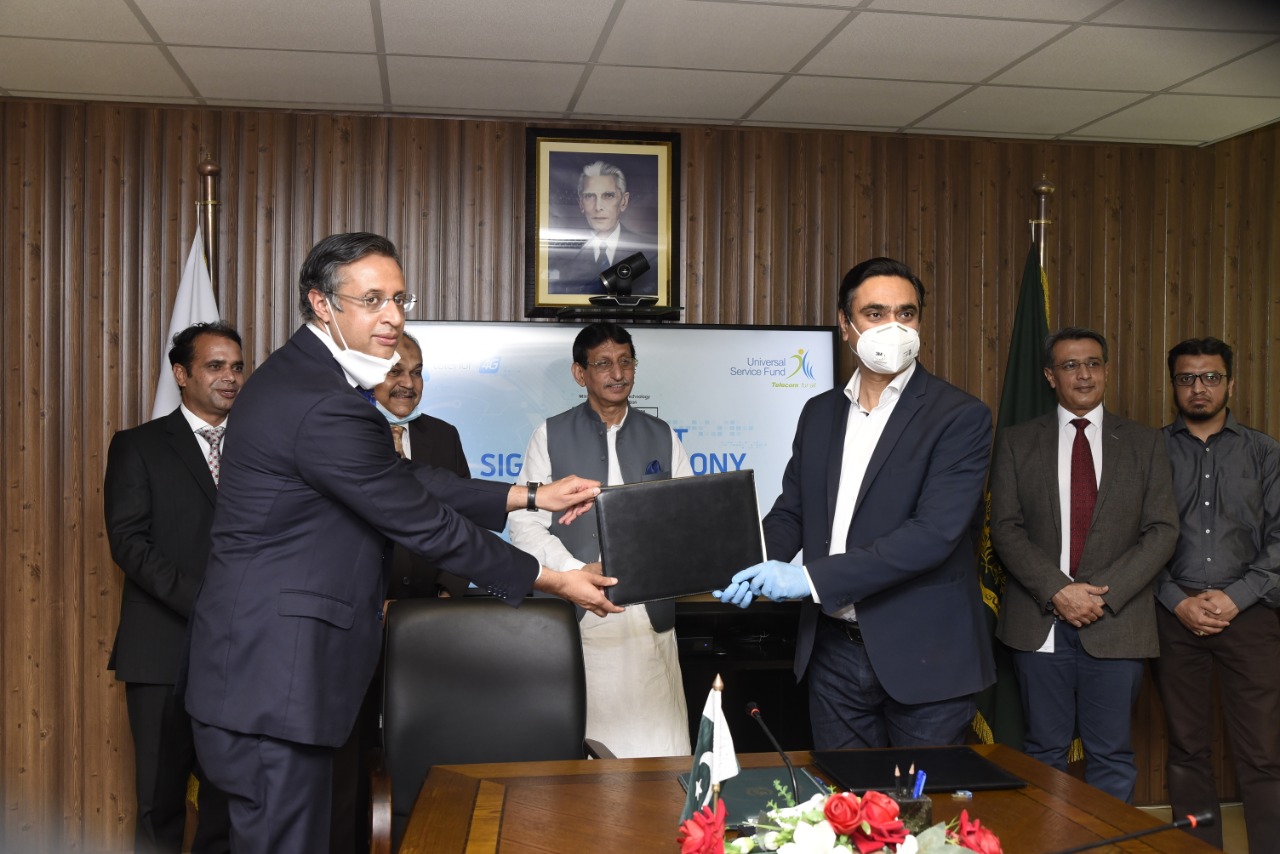 Haaris Mahmood Chaudhry is a financial professional currently serving as the Chief Executive Officer at the Universal Services Fund Company in the Ministry of IT & Telecom. He has previously served on prominent posts in the banking sector and has 15 years of extensive international experience.

What and who does he attribute his success to?

As a person of great accomplishments, Mr. Chaudhry attributes it foremost to God’s greatness and then, his parents’ prayers. Coupled with that, the willingness to work hard, utilizing opportunities timely, and the appropriate mentoring facilitated him in reaching his current position. He expressed his luck in being able to find exceptional mentors early on who were able to explore his potential and geared him towards overcoming his weaknesses.

However, he explained that rewards must not come in the way of opportunities, especially ones that could profess significant learning experiences.

‘Grasping the opportunity is important to understand your potential and where you fit in the market’, he said

What are his strengths and weaknesses?

Mr. Chaudhry felt that he was a man of many weaknesses, but his inability to manage time for his family, his over-ambitious nature, and failure at being able to extricate emotion and impulse from decision-making probably bothers him the most. Although in some scenarios, it did backfire, he is a fervent believer in Quaid’s saying,

‘Don’t waste time making a decision. Once you take a decision, make it right’.

What have been his greatest challenges so far?

Mr. Chaudhry felt that his greatest challenges were yet to come. He feels each day brings with it new and different challenges. However, one of the toughest challenges was the cultural shift from corporate to the public sector. It stemmed from a difference in attitude and mindset but as an adaptable person, he was able to adjust to the new environment quite smoothly.

Was it difficult to make the shift from corporate to government sector especially one constantly under the watchful eye of accountability?

While it was difficult to make the switch, the controversy did not scare Mr. Chaudhry, particularly because as a senior official, he was always prone to controversy. During a breakfast meeting at his college in the United States, President Bill Clinton inquired of his future plans, now that he had lived the American dream. To this, Mr. Chaudhry replied,

‘Yes, I do intend to work in the U.S., but not to build my American dream, rather to learn your techniques and values so that once I am ready, I am able to replicate them in Pakistan’.

Citing this, he felt that now was the right time to do just that.

As a C.E.O., specifically one during this unexpected global pandemic, what is he most proud of in his company?

Responding to this question, he felt that COVID-19 provided their team the opportunity to understand the importance of technology better and canvass its significance in bridging the digital divide. He felt that the company built his passion to introduce technology in far-flung areas to make a difference in the lives of people. COVID-19 did not hinder them but assisted them in actualizing the dream of a more connected Pakistan.

Apart from his life as a C.E.O., what are his activities when he is not working?

He said that the family time he missed out on was something he prioritized when he wasn’t working. Furthermore, he enjoys physical exercise, particularly gym and jogging which he tries to indulge in regularly. Moreover, his eagerness to learn prompts him to read books and newspapers to keep himself updated on national and international occurrences.