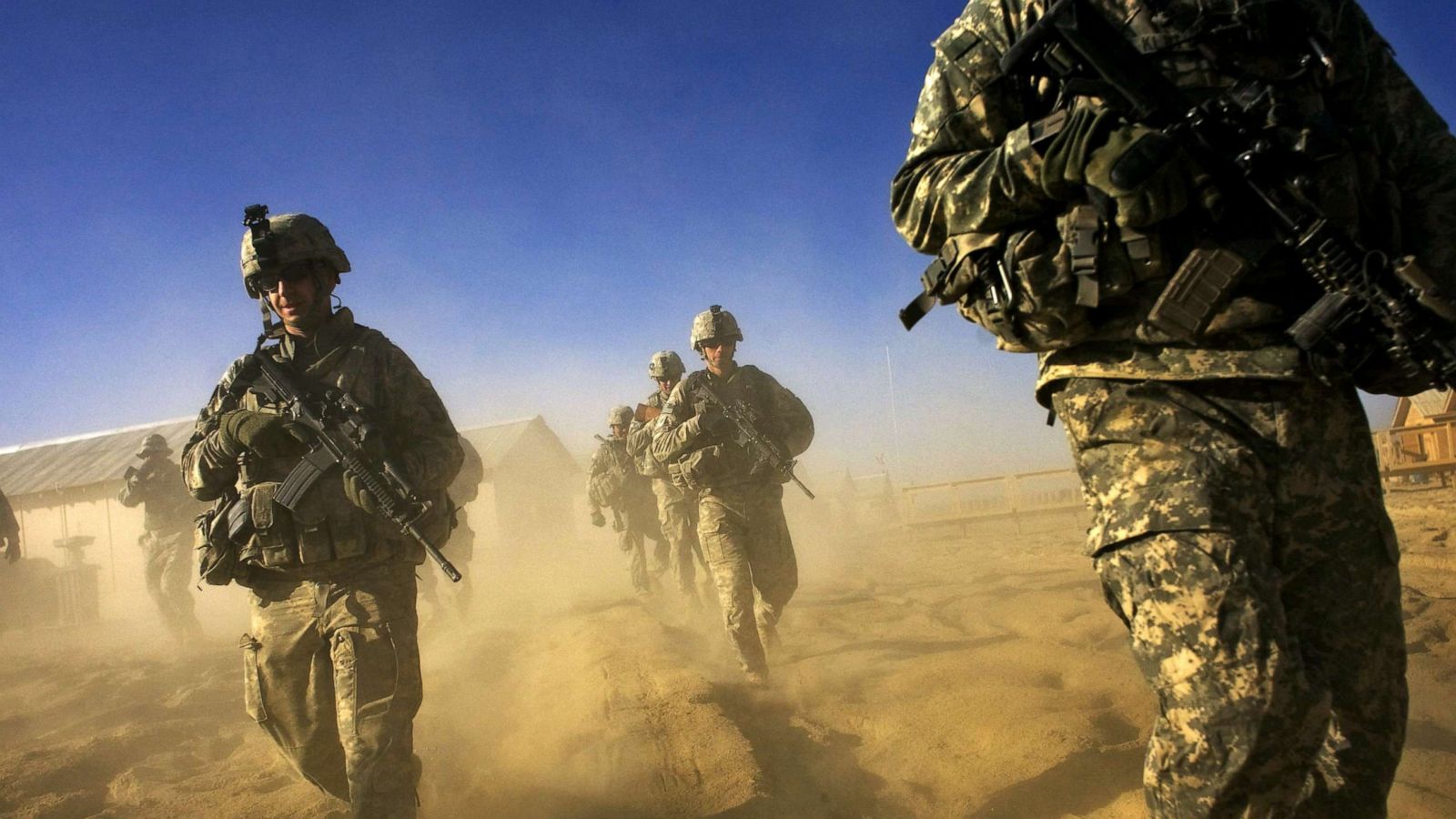 President Joe Biden was sworn in as 46th president of the United States in an oath-taking ceremony the like of which has never been seen in living memory. It was preceded by chaotic scenes and bloody violence at the Capitol Hill on the day of ratification of the election results.

That day, the American democracy came under attack on the instigation of the sitting president who refused to accept the election results, blaming elections were fraudulent and the victory was stolen from him. The people who came to storm Capitol Hill thought they were participating in a revolution that would make ‘America great again’ by establishing white supremacy.

Trumpism is the epitome of white supremacy. It’s not something new in the US. The sentiment has been present in the USA historically. It’s only that Trump articulated it and tapped the hatred and division present in the American society. Hatred is the most dangerous of emotions, and Trump exploited it for his personal gains.

This hatred was on the rise in recent decades with the changing demographics of the USA. White supremacists are scared to death that white race will turn into minority not in a very distant future and that is simply not acceptable to them. The presidency of Barak Obama played a major role in bringing this dormant emotion of fear to the fore. It seems this hatred and division will continue to play an important role in the politics of the USA in coming decades.

The brief description above was to emphasise that Joe Biden has a much bigger and more difficult agenda at hand within the USA. He has to start the healing process in a society that is simmering with fear, hate and division. It’s not an easy job and will absorb most of the energy of the new administration, leaving it with little time and energy to fully engage with the rest of the world.

However, the rest of the world especially the allies of the US can heave a sigh of relief as Joe Biden is a veteran of the American establishment and he won’t break the norms of the long-established order.

The new administration will reengage with its allies healing the wounds of the Trump era. Trump was not only pursuing the policies detrimental to the interest of its allies, but was also very rude towards powerful leaders of the European Union in his personal interactions with them.

It is hoped in the western capitals that the damage done by the Trump administration will be repaired and the process of healing the wounds will set in motion. The NATO will be strengthened to counter the perceived threat posed by Russia.

The relationship with the UK will remain warm but the UK shouldn’t expect special treatment from the Biden administration. The new president is likely to give much more weight to the EU, unlike Trump who actively encouraged the break-up of the EU. On the contrary, Biden is not a Brexiteer and is super-sensitive about peace in Northern Ireland.

Another factor that can play a role in defining the US-UK relationship is the close relationship and personal affinity between Trump and Prime Minister Boris Johnson for obvious reasons.

There is good news for the environmentalist camp: The USA has re-joined the Paris Agreement on climate change. This is an important development as climate change is at a tipping point with disastrous consequences for humanity and without active participation of the US there is no hope of pulling back from a catastrophic future. Similarly, the USA has re-established its relations with the World Health Organisation.

The European nations also hope and there are encouraging signs from  Washington that Biden administration will re-join the ‘Joint Comprehensive Plan of Action’, commonly known as Iran Nuclear Deal.

In short, it can be said safely that under the Biden presidency, the US will be engaging with the rest of the world both bilaterally and on multilateral forums, which America helped to establish and build over time. Trump’s reckless policies are now history.

The US relations with China are likely to improve but this improvement will be more in style than substance. This will be true for many other foreign policy spheres as well. The trade war between China and the US is likely to subside.

The US perceives India as a strategic partner in its policy of containment of China. This strategic partnership will continue to grow even during Biden’s presidency. These relations won’t be affected by who governs India or the USA.

Washington’s tight bipartisan embrace of New Delhi is a bad omen for Pakistan and the Kashmir cause. On the other hand, it’s not in the interest of the US to abandon Pakistan. The upshot is that the Biden administration will continue to tread a fine line to balance its interests linked with both South Asian rivals.

However, any quantum leap in US-India relationship will bring more pressure on Pakistan, especially in the realm of defence and on various international forums.

The US under Biden will, hopefully, exert more pressure on India to improve human rights situation in Kashmir and therefore, there may be some relief for Kashmiris in the occupied Kashmir in this regard. Nevertheless, India is in a position to withstand this pressure as the US-India relationships are more important to Washington than to New Delhi.

This situation will prevail until something happens to change the prevailing worldview of the United States. The importance of astute diplomacy based on cold reason by Pakistan cannot be overemphasised to that end.

Apart from the importance of Islamabad’s role in Afghan peace process and the ensuing peace and security situation, Pakistan is a gateway to Afghanistan and the resource-rich Central Asian States.

Contrary to India’s pretensions of peace and investment in Afghanistan, India’s interests lie in a destabilised Afghanistan, for a peaceful Afghanistan serves the interest of Pakistan giving it reach to the resource-rich Central Asian states.

Not only that, a peaceful Afghanistan will deprive India of any leverage to create disturbances on Pakistan’s western borders. Peace in Afghanistan has huge dividends for Pakistan. Therefore, if the US holds its interest dear in the area and beyond, it must work with Pakistan for a peaceful Afghanistan to achieve one of the US foreign policy goal.

Pakistan could prove beneficial to the US in many other ways as well, as it has demonstrated in the past. Pakistan should use all these factors to persuade the US to put pressure on India to resolve the Kashmir Issue. In return, Pakistan can offer to become India’s overland gateway to the landlocked Afghanistan and Central Asia, a boon for India’s energy-deficient market and resource-hungry manufacturing base.

Another area that poses challenges to Biden’s administration is the Middle East. The US will continue to focus on Iran and would like Tehran to take steps paving the way for the US to re-join the Iran nuclear deal. Iran needs to provide enough incentive for the US to do so in the face of opposition from Israel and other Arab nations.

Resuming Iran nuclear deal won’t be welcome in the Arab’s capitals and Israel. It looks like that after some huddling the US will re-join the Iran nuclear deal and Iran will scale back its nuclear ambitions and ballistic missile programme.

To appease Israel, the Biden administration will continue to follow most of Trump’s policies departing only in spheres which are relatively insignificant like re-establishing a relationship with the Palestinian authority, resuming aid and rejecting unilateral construction of Israeli settlements in the occupied territory with no tangible changes on the ground.

Another area of consequence is a war in Yemen. Biden’s Secretary of State Antony Blinken has expressed his intentions to review the Trump administration’s decision to declare the Houthi rebels as terrorists. This will ire Saudi Arabia and its allies for the war in Yemen.

The new administration would certainly renew its emphasis on human rights in the Middle East that can sour the relationship between the USA and Arab world.

Then, too, there is the conundrum of a mercurial Turkey demanding a leading role in the Middle East and the Muslim world. The US policy, and for that matter rest of the Western world’s policy, towards Turkey is at best confused. No big changes are expected on this count.

Biden’s inauguration comes at about the right time for the US to not only work for a more cohesive society within its borders but also provide leadership for the resolution of long-standing conflicts in various parts of the world, including Kashmir and Palestine.

Humanity is understandably weary of these festering problems, resulting in great economic and human tragedy. Change is long overdue and the world is right to wonder, as Biden settles down in the White House, if anything will change for better.