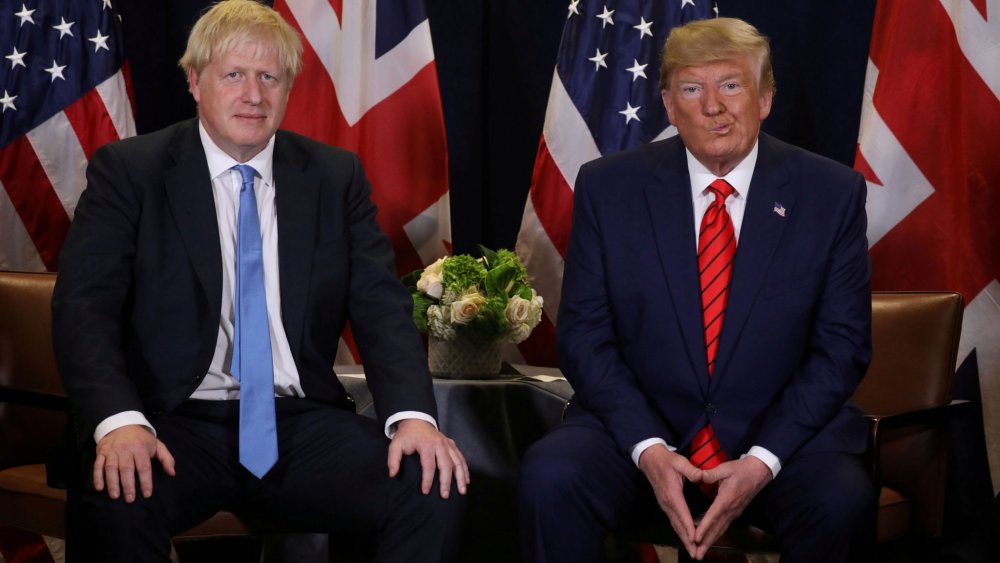 Donald Trump previously called himself “Mr Brexit” and aligned himself politically with figures like Nigel Farage and Boris Johnson. In many respects, Prime Minister Boris Johnson could not hope for a more sympathetically in the White House than the one currently occupying it. Joe Biden’s instincts, however, are in many respects the opposite, and he’s already shown himself capable of intervening to criticise the UK over its relationship with Europe. Last month, he took time out of the presidential election campaign to admonish Boris Johnson over the internal market bill.

The Democratic President-elect warned that the Good Friday agreement, which delivered peace in Ireland after decades of conflict, could not become “a casualty of Brexit”, explicitly warning: “Any trade deal between the US and UK must be contingent upon respect for the agreement and preventing the return of a hard border. Period.” He was reacting to the prime minister’s back-pedaling on the question of the Irish border, which has enraged Brussels and Dublin. Washington could soon be added to that list. Biden is a politician with a strong sense of his Irish heritage, and his intervention should be seen in the context of his predecessor Bill Clinton’s active role in brokering the Good Friday Agreement. Where they register, interventions like his play well in the US: they look statesman-like, they project American power, and they are viewed by the public as standing up for Ireland, which has vast cultural capital and popular goodwill in America. Reports that Biden is considering a visit to Ireland to stress his support for the European position will send a shiver down spines in Downing Street. It is a sign that the would-be president wants to be seen to lead on the issue and is willing to make a fuss about it.

A Biden intervention would blow a hole in the picture Boris Johnson has been painting for Brexit voters: Britain breaking out of a petty, insular European club to stand with the rest of the world. An important part of the rest of the world would in fact be revealed to be standing with Europe on this issue. Of course, it’s one thing to layout your views during a campaign, especially when they resonate with voters. Things can look very different from the Oval Office when your job is to act in US interests. Take Trump, for instance, a strong supporter of Brexit. Even this, however, did not stop him humiliating Theresa May over her EU withdrawal agreement during a state visit, warning that he would pull the plug on trade deals if she didn’t drop her plan. Ultimately it was the interests of the United States driving the president, rather than any sense of being on the same team as his ideological bedfellow. He wanted access to British markets on favorable terms.

Boris Johnson will be hoping that that’s what’s driving Joe Biden too and that if he becomes president he will believe the US interests lie in striking a trade deal with the UK. However, that seems unlikely, as a US-UK trade agreement’s economic benefit would be utterly minimal for either side. In the UK, the Treasury calculates that 0.16% of GDP is dependent upon US trade, while for the US, as the larger partner, the benefit will look even smaller.

Politically, a trade agreement is only important in the UK. A US agreement would be something Boris Johnson could call a ‘politi- cal win’, a supposed example of the deals Britain can do outside the EU. But if he is emphatically told he cannot have a trade deal, then opponents could point and deride him. No such dynamic exists in the US, where barely anyone outside of policy and lobby- ing circles is even aware of the prospect of an agreement with Britain.

For Donald Trump, whose entire brand was built on “doing deals”, whatever they may be, an agreement was of some interest. But this is not the case for president Joe Biden, who could certainly take or leave it. As such, he would be free to wield the prospect of one as a carrot and stick. This would not be a comfortable position for Boris Johnson.

Interestingly, France and Germany don’t envisage plain sailing with a future Biden administration either. He already has lots of contacts in Europe from his years as Barack Obama’s vice-president. EU leaders welcome his multilateralist mindset. They appreciate his calm and collegiate manner. They never got used to Donald Trump’s angry outbursts and his unpredictability. That said, they are unsure about Joe Biden’s precise intentions. Foreign policy wasn’t discussed much during the presidential campaign.

Under President Trump, Germany was often in the line of fire. He obsessed with Berlin’s trade surplus and railed against German military spending. He threatened punitive tariffs against German carmakers. It is unclear whether Joe Biden would change all of that. The French economy minister commented last week that the US hadn’t been a “friendly trade partner for years”. Additionally, European military spending has been a cause of anxiety for US presidents far before Donald Trump. A poll by Pew Research Group this September suggested only 26% of Germans and 31% of French citizens viewed the US favorably. Another Pew survey found only 2% of Germans asked thought their country had a very good relationship with the US.

Like the UK, Berlin and Paris have now grasped at climate change as a topic where there definitely will need to be close co-operation with Team Biden. He’s promised that re-joining the global Paris Climate Accord will be a top priority when he gets to the White House. Emmanuel Macron and a number of other key EU figures argue that Donald Trump was a lesson for Europe. Going forward, they say, the continent should be less reliant on Washing- ton – economically, in terms of the environment, and on security. President Macron wants the EU to create its own defense force, to work alongside Nato, though that project is fraught with political and practical difficulties. And while there is a real desire in Europe to become more self-reliant, it would be difficult to find an EU leader who won’t admit to being far happier when they know they can reliably count on the American president.