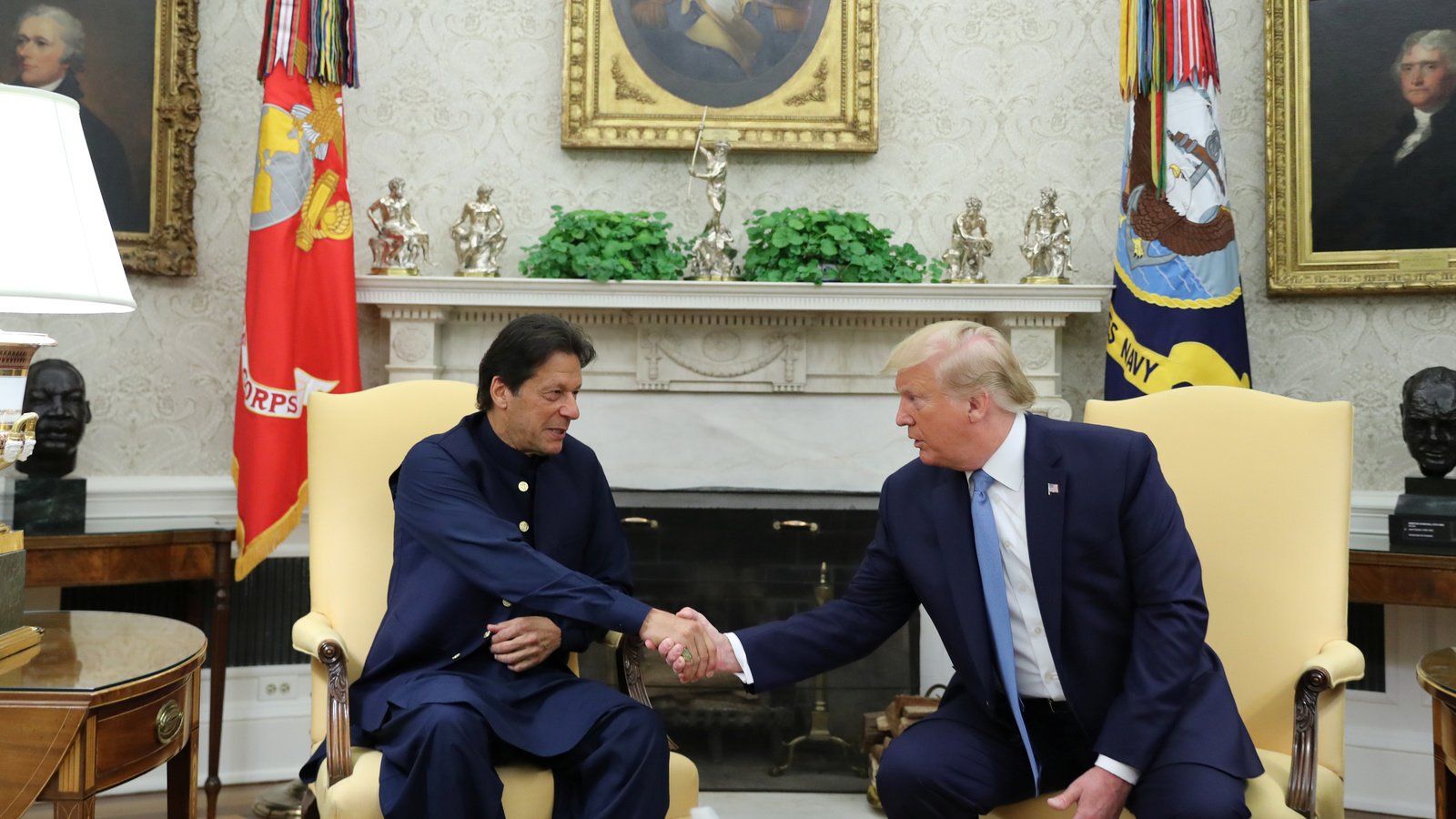 Pakistan-United States relations are evenly poised, perhaps, for the first time in seven decades. Notwithstanding, an unending diatribe on what one expects from the other, it could be pleasantly said that there isn’t any friction and ties are in an understandable mode.

Pakistan is one of the key partners in the US ‘war on terrorism’; and at times a difficult nut to crack. Without Islamabad’s goodwill and diplomatic leverage, the Americans would be wandering in a Waterloo syndrome, and Washington’s strategic aspirations in Afghanistan will be in limbo.

The traditional approach in their ties is one based on institution-al-input. The Pentagon and the military establishment, including the CIA, had always been at the vanguard in fomenting policies, rather than the White House calling the shots. The reason is that the relations were quite security-centric with Afghanistan and counter-terrorism being the focal points.

Keeping aside the crest and trough during the Cold War and in the wake of 9/11, there has been a departure under the first-term of President Donald Trump. Administrations in Islamabad and Washington were seen purporting executive supremacy; and the chemistry between President Trump and Prime Minister Imran Khan is working.

One of the reasons for this quick-fix could be the personality cult of both the leaders. Trump’s mindset is more of a CEO, who nurses a deal-making phenomenon, whereas Imran Khan is eager to live up to his doctrine of putting Pakistan’s interests above everything. Their tête-à-tête is likely to reap benefits.

Islamabad has, thus, rightly counted on the largesse of the Republican administration during Prime Minister Imran Khan’s debut audience with President Trump at the White House. The chemistry worked.

Trump’s resolve to help address the Kashmir issue apparently comes as a quid pro quo in Washington’s quest to clinch a deal with Taliban through the good-offices of Imran Khan. At the same time, Trump is relying on Islamabad’s wisdom to play a conciliato-ry role in defusing tensions between Iran and Saudi Arabia.

Trump by virtue of his ‘You are fired’ executive approach had kept the American bureaucracy and institutions on tenterhooks and in a confused syndrome throughout his first-term. If Trump is re-elected, the relations will have smooth-sailing despite Pakistan leaning more towards China.

Factors such as Afghanistan, the Middle East, and India will keep Washington and Islamabad glued up; both trying to extract the maximum leverage from each other’s influence in their respective arenas.

But it goes without saying that the new mindset in Pakistan’s military establishment is no more pro-American. Pakistan Army has gained plenty of space for maneuvering, as it has articulately fomented a new paradigm with Iran, Russia, China, and Saudi Arabia, respectively.

Before we go on to analyze whether Trump will retain the presidency or Joe Biden will be the next to be sworn-in at the White House, and what their policies will mean for Pakistan; let’s take a cursory look at the stated positions of the Republicans and the Democrats.

The Democratic Party is indecisive in listing Pakistan either as a friend or an ally. Rather, it is more tilted towards India, as President Barack Obama had invested a lot in the long-term strategic relationship with New Delhi.

Donald Trump, the sitting incumbent, duly recognises the historic ties with Pakistan; and is eager to clinch a deal with the help of Pakistan in South West Asia for a broad-based peace, which will eventually lead to pull out of troops from Afghanistan.

If Biden is elected; he will purport a traditional approach. He believes in ending the war in the region, and interacting with China on a massive scale, unlike Trump who has Beijing-phobia!

But no US president will cross swords with India merely to appease Pakistan. This is the horizon where Islamabad will find itself more inclined towards Beijing to grab a territorial deal on Kashmir, per se! Looking at the Americans will be an exercise in futility.

Washington is one of the largest sources of foreign direct investment and is the largest export market, too. US-Pakistan trade in 2019 stood at $6.5 billion, with Pakistan running a surplus of $1.3 billion.

A trajectory of dependency shows that the US has poured in more than $33 billion over the last 15 years, especially in wake of the war on terrorism. Pakistan in reciprocity has defended American interests’ tooth-n-nail, even at the altar of more than 70,000 civilian and combat casualties.

If media reports are to be believed, Imran Khan’s government has put its eggs in the Republican basket, hoping Trump to retain his presidency. It reportedly signed an agreement with Republican lobbyist Stephen Payne to provide “strategic consulting services in support of Pakistan’s diplomatic objectives in the US’’.

The US needs Pakistan’s support to end the two-decades-old imbroglio. The US’s intention is that the withdrawal shouldn’t look like a defeat, and this is where Pakistan can play a role by appeasing the Taliban to jump on the bandwagon of governance to realize the Exit-strategy!

Prime Minister Imran Khan is playing a cardinal role, and with assured success till now. This is so because luckily Imran Khan is on the same page with the military establishment, who wield enormous influence in the Afghan episode, and by virtue of their successes in the War on Terrorism have become an indispensable part of any solution in the region.

In lieu, the Khan government is tactfully bargaining resumption of US military and economic aid — frozen by the Trump administration as a jiff reaction to bomb blasts in Kabul in 2018, as well as pressure on New Delhi to address the Kashmir issue. Thus, it is a little surprising that President Trump offered to mediate between India and Pakistan.

The ties between Pakistan and President Trump’s first term can be characterized as satisfactory. Trump’s approach has been conciliatory and collaborative. It is likely to remain so if Trump were to win re-election.

Whereas, Joe Biden with his un-impeccable service career, having served in the US Senate for 36 years and as Vice-President for President Barack Obama for eight years, could be a tough man to handle. He knows Pakistan inside-out, as he was instrumental in shaping the landmark Kerry-Lugar Bill in 2009, which provided $7.5 billion of non-military aid to Pakistan from 2010 to 2014. But the point is that Biden is a great supporter of India, and foresees a role for it in Afghanistan, too.

Under the second Trump administration, the policy towards Pakistan will be influenced by a couple of tangible factors, such as US relations with China, India, and Afghanistan, and correspondingly Pakistan’s relations with China. If Islamabad succeeds in delivering in the Taliban context, it will go down in history as the ‘Deal of the Decade’, and will have dividends for a long long time to come.