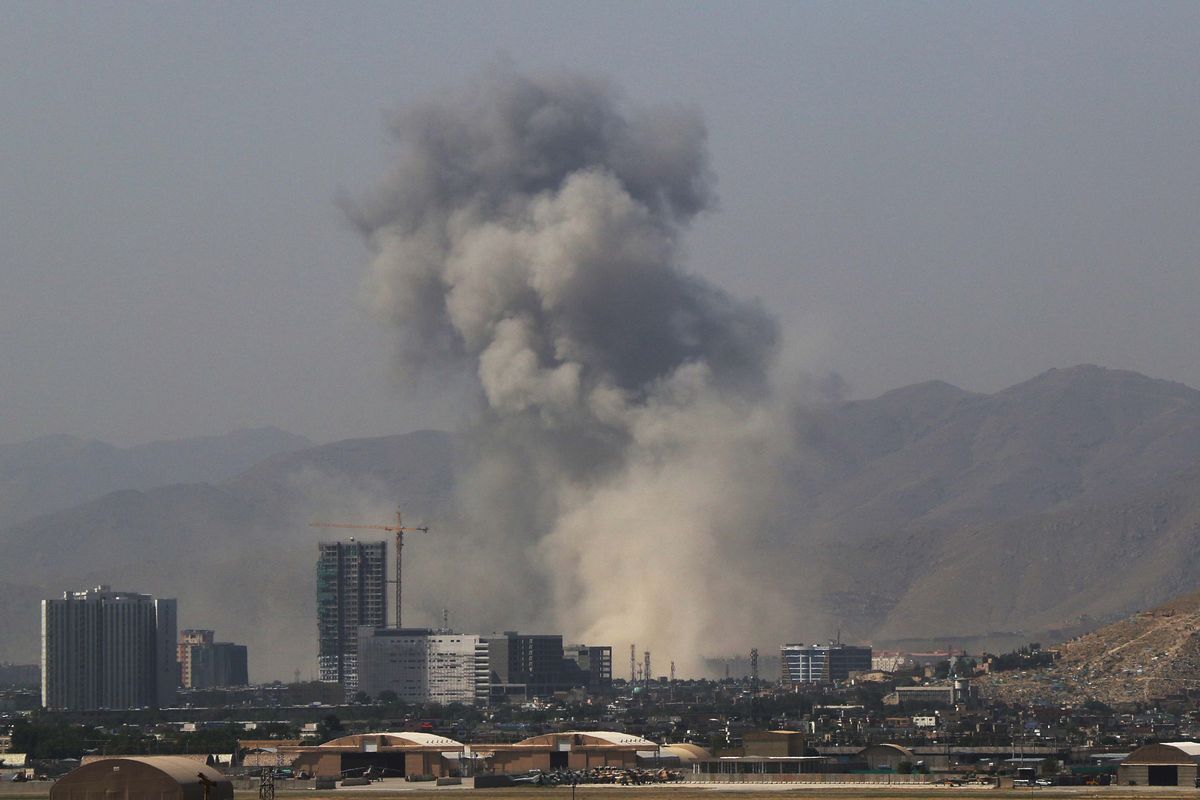 On Saturday morning in Kabul, at least 8 people were killed and 31 more wounded in a series of loud explosions.

The explosions are believed to have been caused by more than a dozen rockets fired from different locations. Several rockets also landed near the heavily fortified Green Zone, where many embassies and international firms are based, officials said.

The explosions occurred in densely populated parts of the Afghan capital.

Kabul police spokesman Ferdaws Faramarz confirmed that “multiple rockets” had been fired, while photos on social media appeared to show damage to an external wall of a large medical complex.

Afghan Interior Ministry spokesman Tariq Arian said in a statement a total of 23 rockets were fired in the attacks.

No group immediately claimed the blasts and the Taliban denied responsibility.

Recent big attacks in Kabul, including two horrific assaults on educational institutions that killed nearly 50 people in recent weeks, follow a familiar pattern in the aftermath, with the Taliban denying any involvement while the Afghan government pins the blame on them or their proxies.

The Iranian Embassy in Kabul issued a statement saying a rocket landed inside the premises of the Iranian embassy. It read that some windows and other facilities had been damaged, but everyone in the office was safe.

The US condemns the attack as the envoy Ross Wilson takes to Twitter saying,

In this article:Afghanistan, Explosion, Kabul