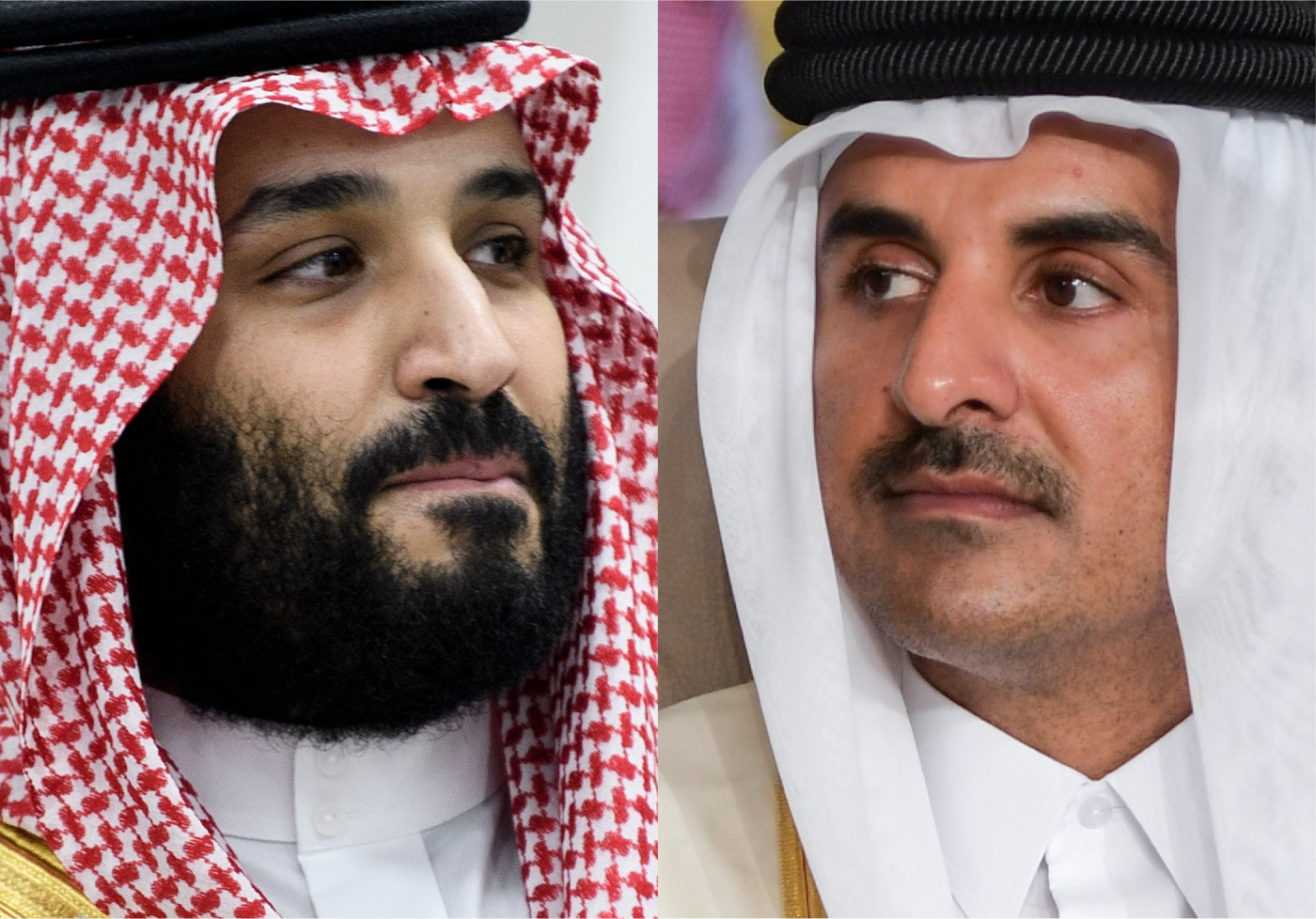 In its last six to eight months Trump Administration in Washington was particular putting pressure on two fronts in the Muslim world. First it was asking the member countries of the Gulf Cooperation Council (GCC) – Saudi Arabia, United Arab Emirates (UAE) and Kuwait, the so called Sunni majority to reconcile with Qatar, an outcast and though an Arab Sunni country but on a path to normalize relations with Shia Iran. Second it was exerting a lot of pressure on leading Muslim countries including Pakistan to recognize Israel.

Both of these acts of US administration reinforced the Sunni orthodoxy and the sectarian gulf that splits the region into two warring factions. The first pressure was meant to consolidate the Sunni block in the region and second had the intended consequence of reinforcing Shia-Sunni divide in the region.

There is a sectarian dimension to the issue of awarding recognition to the Zionist state of Israel. All those Muslim countries of the Middle East which have recognized Israel or are moving in this direction are Orthodox Sunni states.

On the other hand, Iran, an orthodox Shia state has remained steadfastly opposed to establishing any kind of diplomatic relations with Israel. Also, all non-state actors politically opposed to extending recognition to Israel or militarily fighting the Israeli state adhere to the orthodox Shia faith. This includes as an example of first type the Shia population of tiny Gulf sheikhdom of Bahrain and as an example of the second type the Hezbollah Militia of Lebanon.

This is not just about the diplomatic division in the Middle East over the question of recognizing or not recognizing Israel. Rather, it is about the ferocious sectarian civil war in the Arab world, with financially powerful backers providing financial and military assistance to their co-religionists in the active fighting in several countries including Syria, Yemen, and Iraq.

This civil war has the potential to spread to countries including Bahrain, where a Sunni dynasty is ruling over a Shia population and which has only recently extended diplomatic recognition to Israel. This sectarian civil war can extend to countries with relatively calmer social and political conditions and strong and stable states.

The tensions between Qatar and three of her Gulf neighbours in particular have been visible for two decades. Qatar pursues a series of policies which simply do not fit into the rigid orthodoxy expect- ed by most of the others, notably Saudi Arabia, the major Sunni power in the region.

Qatar’s unconventional foreign policy is seen as a threat to the Sunni solidarity, particularly because the emir and his ministers promote dialogue and a search for good relations with the Shia Iran, a regional rival to Saudi Arabia with whom Qatar shares the world’s largest gas field. Saudi Arabia is deeply hostile to that approach.

Qatar has long pursued an ambitious foreign policy with different priorities to its neighbours but there are two key issues which have angered them in recent years. One is Qatar’s support for Islamist groups. Qatar acknowledges that it has provided assistance to some, such as the Muslim Brotherhood, but denies aiding militant groups linked to al-Qaeda or so-called Islamic State (IS).

The sectarian civil war obviously is not about the question of extending diplomatic recognition to Israel. However, conservative Arab sheikhdoms awarding diplomatic recognitions to Israel cannot fail to heighten tensions in the already tense sectarian relations in Arab and Muslim societies – especially with this neat division on the question between Sunni states embracing the Zionist state and Shia state and non-state actors opposed to recog- nition to Israel.

Kuwait announced in the middle December 2020 that the Gulf Cooperation Council (GCC) would meet 5 Jan 2021 in Saudi Arabia as hopes rise for a resolution to the years-long row between Qatar and its Gulf neighbours. Kuwaiti Foreign Minister Ahmed Nasser al-Mohammed al-Sabah “expressed his willingness that the Gulf summit to be held in Saudi Arabia” on 5 January 2021,” said a statement from the ministry.

Saudi Arabia, the United Arab Emirates, Bahrain and Egypt imposed an air, land and sea embargo on Qatar in 2017. The so-called Anti-Terror Quartet severed ties with the oil-rich Gulf peninsula nation, accusing it of supporting terrorism. Doha denies the allegations.

The GCC authorities have announced that the GCC summit will play a role in reconciling the leading countries of the regional organization with Qatar, but there is no clarity as to what the Qatari state will do with its project of normalizing relations with Shia Iran.

These are difficult questions to answer at this stage and may continue to confuse the regional diplomatic situation in the years to come. However, it is clear that the Sunni states are about to take the outcast Qatari state back into the fold without the resolution of major diplomatic problems that exist.

How will this sectarian civil war affect the question of extending recognition to the Israeli state? Or, conversely, how this question of recognition could affect the civil war? Not very difficult to judge or assess: The act on the part of Sunni states in the Arab world awarding recognition to Israel would further sharpen the ideological division between Shia and Sunni groups in the Middle East. It might also fan flames of civil war in countries like Syria, Yemen and Iraq and civil strife in countries Bahrain.

The Iranian-backed, Lebanon-based Hezbollah militia is not only fighting Israeli state across the Lebanon-Israel border, but it is also providing military assistance to the Syrian regime fighting Sunni rebels. Though the Houthi rebels in Yemen are at a great distance from them, Hizbullah and its leaders, nevertheless, provide political support to them.

Saudis have shown no reluctance to seek American support against the Houthis and Hizbullah. With Israel joining the fray with its vast experience of fighting urban fighters, the already vicious sectarian wrangling in the Arab world may become even more vicious.

The Arab Sheikhdoms’ recognition of Israel will lend legitimacy to the potential Zionist actions of intervening militarily in conflicts in the Muslim world.

Israel is already opposed to the Bashar-al-Assad regime in Syria and has been providing military assistance to rebel groups in that country. Will it escalate its involvement to bring down the Syrian regime? This could bring disastrous social and ideological conflicts to Muslim societies across the region.

Pakistan cannot remain aloof to this ideological and sectarian strife in the Middle East. We have a sizable Shia population with ideological links to radical groups in Iran, Iraq and Syria. Both Pakistani Shia and Sunni groups have been fighting in Syrian civil war on the respective side of sectarian divides in that society.

Pakistani officials confirm that these Shia and Sunni groups have recently started returning home after a prolonged participation in Syrian civil war. This could mean more sectarian fighting in Pakistan.

Now, the issue of recognizing Israel could further radicalize the conflict and strife in Pakistani society with respective sectarian sides receiving funds and training from their foreign masters and friends. No government in Pakistan can ignore the sectarian dimension of the issue of extending diplomatic recognition to Israel.

If we recognize Israel on the cajoling of Arab sheikhdoms, we will certainly be entrenching more comfortably in Sunni camp, with the possibility of further radicalization of Shia opinion in our society.

It is not yet clear what role Israel will now play in the Muslim world. Will it carry on with its Anti-Iranian rhetoric? Will it continue with its secret plans to bomb Iranian nuclear sites? And perhaps most importantly, will the insecure Arab Sheikhdoms allow Israel a military role in the Arab world?

All in all, recognition of Israel by some Arab powers has opened a big can of worms. There is no telling how this will develop and change power dynamics across the Arab region and the Muslim world.

Pakistan’s situation is particularly precarious because the slightest misstep in this matter threatens to ignite in the country the Shia-Sunni sectarian fires raging in several Muslim countries with devastating effects.