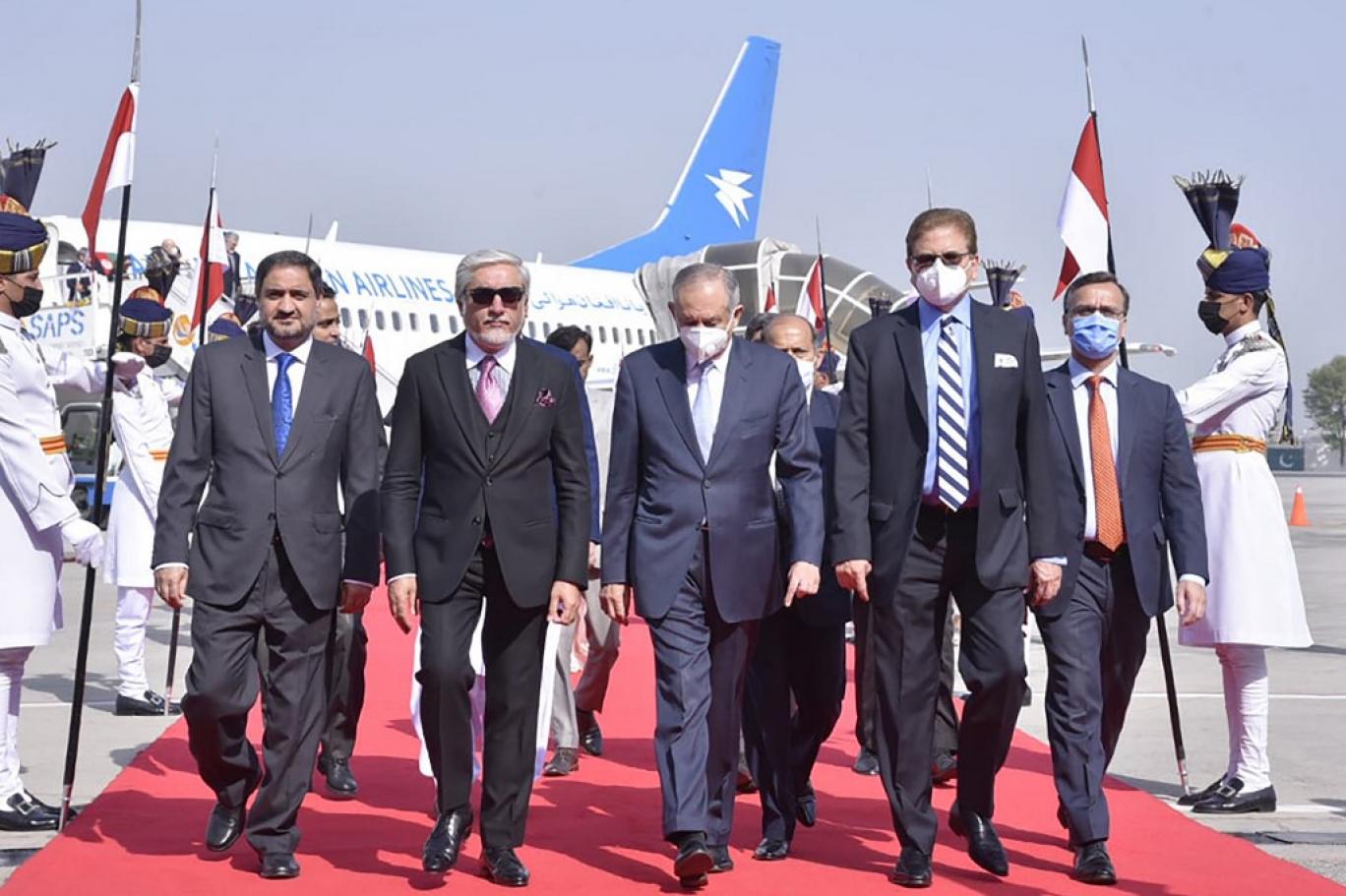 We have arrived at a rare moment of hope for Afghanistan and for our region. On Sept. 12, delegations from the Afghan government and the Taliban finally sat down in Doha, Qatar, to begin negotiations toward a political settlement that would bring the war in Afghanistan to an end.

With the exception of the resilient Afghans themselves, no people have paid a higher price for the conflict in Afghanistan than the people of Pakistan. Through decades of conflict, Pakistan has dealt with the responsibility of taking care of more than 4 million Afghan refugees. Guns and drugs have also flowed into our country. The wars have disrupted our economic trajectory and radicalized fringes of our own society. The Pakistan I had known growing up in the 1960s and 1970s changed in some deeply unsettling ways.

This experience taught us two important lessons. First, that we were too closely intertwined with Afghanistan by geography, culture, and kinship for events in that country not to cast a shadow on Pakistan. We realized Pakistan will not know real peace until our Afghan brothers and sisters are at peace.

We also learned that peace and political stability in Afghanistan could not be imposed from the outside through the use of force. Only an Afghan-owned and Afghan-led reconciliation process, which recognizes Afghanistan’s political realities and diversity, could produce lasting peace.

So, when President Trump wrote to me in late 2018 to ask for Pakistan’s assistance in helping the United States achieve a negotiated political settlement in Afghanistan, we had no hesitation in assuring the president that Pakistan would make every effort to facilitate such an outcome — and we did. Thus began arduous rounds of talks between the United States and the Taliban, which culminated in the February U.S.-Taliban peace agreement. This agreement, in turn, has laid the groundwork for talks between the Afghan leadership and the Taliban.

The path we have traveled to get here wasn’t easy, but we were able to press on thanks to the courage and flexibility that were on display from all sides. The United States and its allies facilitated the prisoner exchange between Kabul and the Taliban. The government of Afghanistan and the Taliban responded to the Afghan people’s yearning for peace.

The intra-Afghan negotiations are likely to be even more difficult, requiring patience and compromise from all sides. Progress could be slow and painstaking; there may even be the occasional deadlock, as Afghans work together for their future. At such times, we would do well to remember that a bloodless deadlock on the negotiating table is infinitely better than a bloody stalemate on the battlefield.

All those who have invested in the Afghan peace process should resist the temptation for setting unrealistic timelines. A hasty international withdrawal from Afghanistan would be unwise. We should also guard against regional spoilers who are not invested in peace and see instability in Afghanistan as advantageous for their own geopolitical ends.

Pakistan will continue to support the Afghan people in their quest for a unified, independent, and sovereign Afghanistan that is at peace with itself and its neighbors. Pakistan believes that peace negotiations should not be conducted under coercion and urges all parties to reduce violence. Just as the Afghan government has recognized the Taliban as a political reality, it is hoped that the Taliban would recognize the progress Afghanistan has made.

Like the United States, Pakistan does not want to see Afghanistan become a sanctuary for international terrorism ever again. Since 9/11, more than 80,000 Pakistani security personnel and civilians have laid down their lives in perhaps the largest and most successful fight against terrorism. But Pakistan continues to be the target of attacks launched by externally enabled terrorist groups based in Afghanistan.

These terrorist groups pose a clear and present danger to global peace. We hope the Afghan government will take measures to control ungoverned spaces inside its territory from where terrorist groups are able to plan and carry out attacks against the Afghan people, the international coalition forces stationed in Afghanistan,

and other countries in the region, including Pakistan. Like the United States, we do not want the blood and treasure we have shed in the war against terrorism to be in vain.

It is also time to start planning for the “day after” — how can the world help a postwar Afghanistan transition to a sustainable peace? How do we create conditions that will enable the millions of Afghan refugees living in Pakistan, and other countries, to return to their homeland with dignity and honor?

My vision for Pakistan prioritizes development and prosperity for my country and our region through connectivity and economic diplomacy. Our recent investments in key economic connectivity projects can be harnessed to complement efforts for regional integration between South and Central Asia. Our initial discussions with the U.S. International Development Finance Corporation on these issues have been encouraging. It is heartening that the United States and Pakistan are of one mind on the importance of a “peace dividend” for ensuring sustainable peace in Afghani-stan.

For Pakistan, regional peace and stability remain key to realizing the collective aspirations of our people for a better future. We are committed to multilateral collaboration to achieve this.

The first step toward that peace has been taken in Doha. Not seeing through the Afghanistan peace process or abandoning it for any reason would be a great travesty. Courtesy The Washington Post